2014 is season two of British F3’s attempted recovery from the brink. After the 2013 season was cut down to just four rounds, that number is back up to seven again this year and the focus is back on it being a British series again rather than a European one, with the traditional support date for the Spa 24 Hours being the only trip across the English Channel this time.

The concept for the new British F3 was to reduce costs by keeping the series mostly within UK borders, permitting older chassis and using the older-spec engines as opposed to those introduced to the European series this year. However, that hasn’t attracted the grid that series bosses and teams would have hoped for. Just seven cars will be present for the opening round at Rockingham this weekend, and driver quality is as much of a concern as quantity.

Last year the series was fought among teams, cars and drivers that were also taking part in the European championship, but the gulf in rules between the two – and date clashes – mean that’s not possible this year. Some of the latest-spec cars may now join for later rounds in an attempt to get the numbers up, while both Alex Lynn and Harry Tincknell are eager to return to F3 to take on Thruxton – the UK’s quickest circuit – for the first time now that it has returned to the schedule.

We may therefore get some big names fighting for race wins at points during the season, but the drivers set to do the full campaign and thus battle for the title of British F3 champion are lacking the same star quality as recent winners. Only five of the Rockingham seven are set to do the full season, and three of those are from China – one in each team. The lack of any low-budget drivers able to commit to the full season suggests that costs have not come down significantly yet. 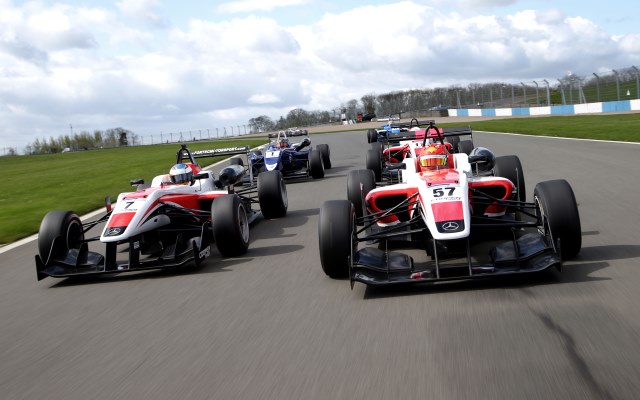 Having scaled their FIA F3 European Championship assault down to two cars over the winter after a tricky maiden season in 2013, Fortec are running three of the latest F312 chassis in the British series. And they stand a good chance of finally winning their first British F3 title at the 23rd time of asking.

All three of the team’s drivers for Rockingham step up from Protyre Formula Renault. The highest placed of that trio last year was Hong Wei Cao – or Martin. The 21-year-old finished an encouraging fourth in the Protyre standings with one race win. However, he was in his sixth year of single-seaters, having done Asian Formula BMW and Formula Renault before arriving in the UK in 2012. That experience may play into his hands though, and he starts as title favourite after topping the pre-season test day at Donington Park.

The similarly-surnamed Matt Rao finished 15th in the Protyre standings last year in his rookie campaign after winning the Formula Ford Duratec title in 2012. There may have been a gulf between him and Cao last year, but Rao got in some valuable extra practice in the Toyota Racing Series over the winter and showed speed on occasion, claiming a best finish of fifth.

Sam MacLeod is only confirmed for the opening round at present, and will be unable to do Silverstone or Brands Hatch due to clashes with his German F3 campaign. Sixth in Protyre last year in his rookie car racing season, he’s probably the most promising driver in the field so it’s a shame he won’t be a realistic title contender. He’s had a winter full of testing F3 machinery to make up for his lack of experience, so should be capable of beating Cao when he does race (he was absent from the media day). 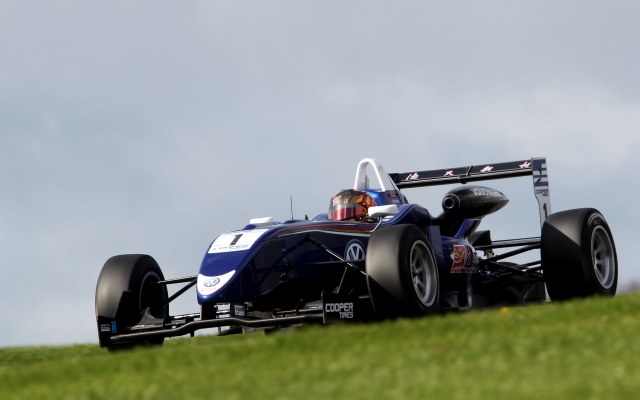 With Carlin running six cars in the European championship this year, the older F308s have been wheeled out for British F3. Speed differences between the two cars are expected to vary from circuit to circuit – the lower downforce of the F308 costs time in corners but gains in a straight line.

Carlin’s Chinese representative is Li Zhi Cong. Peter Li tested with the team last year and did one race at Brands Hatch. The 20-year-old has experience of single-seaters on his home continent and also won the GT Asia title last year.

Alice Powell has joined the team in a late deal for Rockingham. The 2010 Formula Renault BARC champion and 2012 GP3 points-scorer spent last season in the F3 Cup, finishing as runner-up. She ought to be capable of leading Carlin’s challenge if she can do a full season. 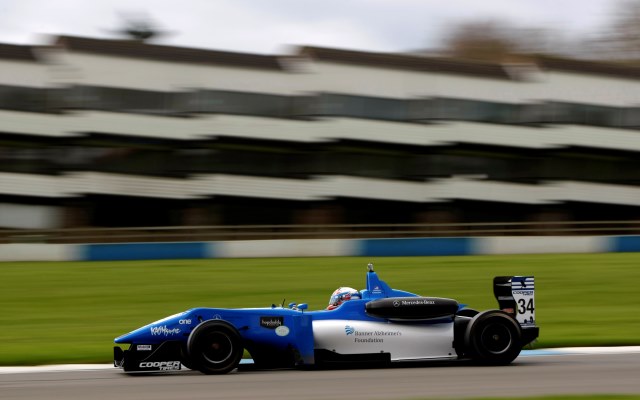 Double R runs a pair of F312s for two drivers who certainly lack experience, but who suggested in testing that they could be a threat.

Chang Wing Chung – or Andy for short – has just four weekends of car racing under his belt across Formula Ford and Formula Masters China from the back end of last year. A strong international karting record however makes him Macau’s strongest home-grown prospect. And despite his inexperience, he was second to Cao on the media day test. Once he actually becomes familiar with a single-seater, he could shine.

Team-mate Camren Kaminksy does have a full season of single-seaters under his belt. The American finished eighth in Formula Ford last year after an up-and-down year at JTR, where he scored two podiums on the opening weekend and won a race at Silverstone, despite some quieter times in between. Managed by Mark Blundell, he could also do well once he gains more experience.