The new German F3 season kicks off this weekend at Oschersleben and PaddockScout takes a look at the entry list of both the ATS Formel 3 Cup and Trophy classes.

Team Motopark, which runs under the Lotus banner for a second season, returns to defend Jimmy Eriksson?s title from 2012 with a strong four car line-up. Leading the squad is 19-year-old Brit Emil Bernstorff, who returns to the squad that took him to second place in the 2011 ADAC Formel Masters. He joins Motopark after finishing tenth in Formula 3 Euro Series and the newly revamped FIA European Formula 3 Championship with ma-con Motorsport last season. Bernstorff comes into the season having already tasted victory, taking out the Formula Middle East championship in dominant fashion.

Also joining Bernstorff is 19-year-old reigning ADAC Formel Masters champion Marvin Kirchh?fer. The young German, who began his car racing career last season, put together a composed campaign, taking nine wins on his way to defeating his nearest rival Gustav Malja. Kirchh?fer may not have the experience of his teammates, but he will sure be one to watch out for in the SONAX Rookie-Pokal.

Returning to Lotus for a second season is 18-year-old Russian Artem Markelov. The young Russian, who returns as the highest place finisher from last season, put together a strong rookie campaign last season, taking two wins on his way to seventh place last season. If Markelov can continue his strong finish to last season, he should take the challenge to Bernstorff for the championship.

Rounding out Motopark?s squad is 25-year-old Brit Sheban Siddiqi, who returns for a second season with the Lotus squad. The Brit returns to Motopark for a third season, after competing with the German team in the ADAC Formel Masters in 2011, was the only full-time driver from last season not to score a podium, which is a statistic that he will have to change if he wants to be a factor in the championship this year. 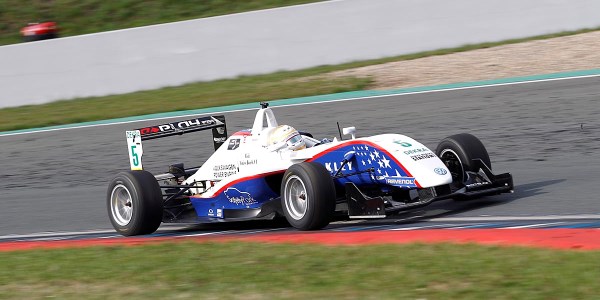 Dutch team Van Amersfoort Racing returns with a two car line-up lead by American teenager Gustavo Menezes. The 18-year-old American embarks on his first full European campaign after competing in various Formula Renault 2.0 races over the past two seasons. Menezes moves to Europe having competed in the Star Mazda Championship over the past two seasons, taking one podium.

Joining Menezes in 34-year-old Belgian Jordi Weckx, who makes the step up from the Trophy class to the Cup class for the first time. Weckx, who finished second in the Trophy class last season with APEX Engineering, will provide experience for his younger teammate and help him adjust to European racing. 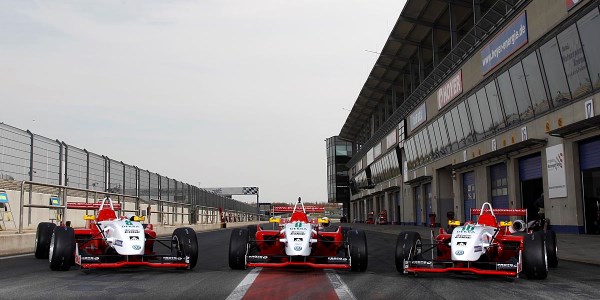 The Silverstone-based Swedish squad returns for another season with a three car line-up lead by 18-year-old Swede John Bryant-Meisner. The young Swede was due to complete the full season last year with Performance Racing before suffering a fractured vertebrae during a testing accident at Rockingham in May, but showed early promise at the first round at Zandvoort, taking one podium. He has the pace to challenge for the title, but we will have to wait and see how he rebounds from the injury that nearly derailed his career.

Joining the Swedish squad for the first time is 18-year-old Austrian Thomas J?ger. J?ger, who finished fifth in last season?s ADAC Formel Masters, makes the step up to the ATS Formel 3 Cup from the ADAC Formel Masters and will most likely be the closest challenger to fellow graduate Kirchh?fer.

Joining Bryant-Meisner for a second season with Performance Racing is Swiss driver Yannick Mettler. The 23-year-old, who finished eighth last season, enters this season having finished just behind Markelov and will need to use all of his F3 experience to challenge for the title this season. 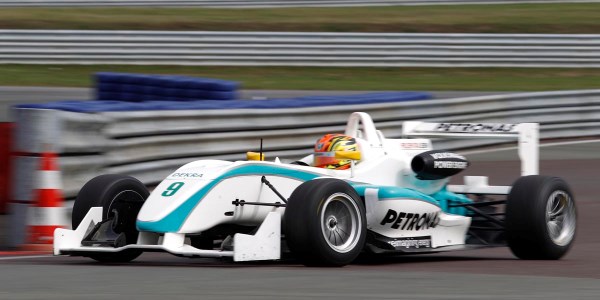 Italian squad returns to the ATS Formel 3 Cup for another season and brings two of its JK Asia Racing Series graduates in Malaysian Nabil Jeffri and South African Aston Hare. 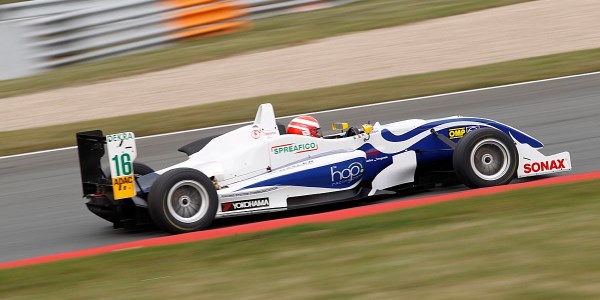 Cairoli, who at 16-years-old is the youngest driver in the field, will be entering his first full season of car racing after taking part in four races in last season?s Formula Renault 2.0 Italia Championship, scoring one podium finish. 20-year-old Krzeminski meanwhile returns to full-time racing after only taking parts in selected Formula Renault 2.0 Northern European Cup rounds with Mark Burdett Motorsport last season.

Rennsport R?ssler returns for another season, after taking Swiss driver Dominik Kocher to third place in the Trophy last season, with another Swiss driver in the form on Jan Schwitter. The 17-year-old moves to the ATS Formel 3 Trophy after running a duel campaign last season, finishing tenth in the InterSteps Championship and fifth in Formula LO.

Austrian squad Franz W?ss Racing returns for a full time campaign this year after entering the final round at Hockenheim last season, to run a single car entry for German Maximilian Hackl. Like the Austrian team, Hackl is also making his first full time appearance in the ATS Formel 3 Trophy after competing in the final round last season, as well as a full campaign in the Austria Formel 3 Cup.

German squad TTC Motorsport joins the Trophy for the first time and also enters a single car entry for 18-year-old German Hubertus-Carlos Vier. The youngster has spent the last two season racing in the ADAC Formel Masters, as well as the Austrian Formula Renault Cup, taking two wins as well as two podiums during those seasons.