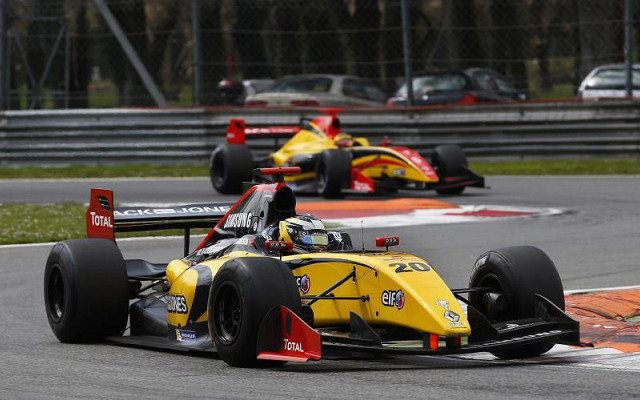 McLaren juniors Kevin Magnussen and Stoffel Vandoorne were quickest in the Formula Renault 3.5 test at Aragon, taking place ahead of the race weekend at the same track.

Magnussen was 0.050s quicker than the Belgian, with the two marginally ahead of the rest of the competition. Will Stevens took third, ahead of Marco Sorensen and Nigel Melker. Magnussen’s DAMS teammate Norman Nato was seventh, behind series veteran Daniil Move and ahead of Red Bull’s Antonio Felix da Costa. Andre Negrao and Arthur Pic rounded out the top ten.

The race weekend will kick off with two practice sessions tomorrow, with a qualifying and a race on Saturday and Sunday each. Vandoorne currently leads the championship after round one at Monza.