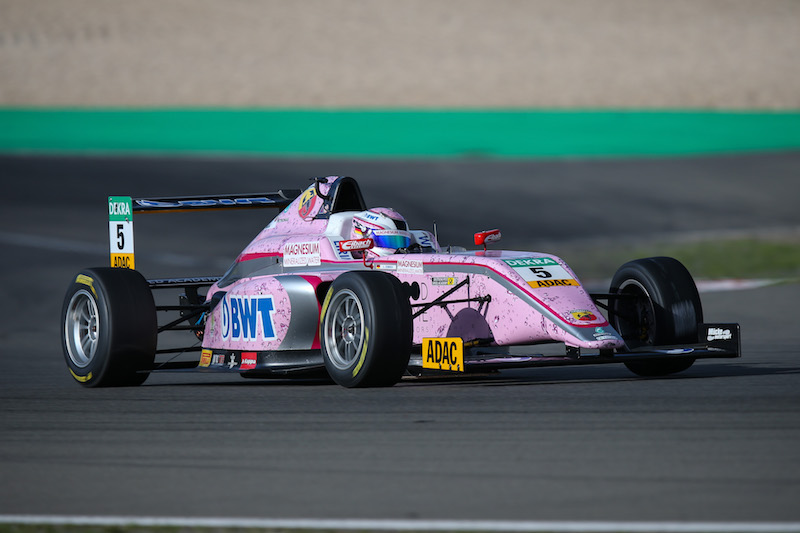 Lirim Zendeli took his second ADAC Formula 4 race victory in an opening Nurburgring encounter that was red-flagged after Nicklas Nielsen flipped on the second lap.

Zendeli led from pole and was able to build up a small gap before the race stopped, helped when Felipe Drugovich, who started second, was sent into a spin on the opening lap by a hit from Jonathan Aberdein.

The lead was reduced to nothing when Nielsen rolled his car in unseen contact, landing upside down and bringing out the safety car. The yellow flags were soon replaced by red, and the remaining cars returned to the grid.

Kim-Luis Schramm, who was now second, was able to stay close to Zendeli when the race restarted. The US Racing driver stayed on Zendeli?s tail, but couldn?t find a way past.

Late in the race, Schramm fell away, having to defend against team-mate Fabio Scherer, and Zendeli took a comfortable victory.

Behind them, championship newcomer Enzo Fittipaldi spent the majority of the race leading a small train. The rookie defended well, but couldn?t keep Frederik Vesti behind him. The Van Amersfoort driver found a way past in the closing stages of the race, finishing seventh.

Fittipaldi was still the top rookie in eighth, with?Julian Hanses and Marcus Armstrong rounding out the top 10, the latter making up three places from a lowly 13th on the grid.