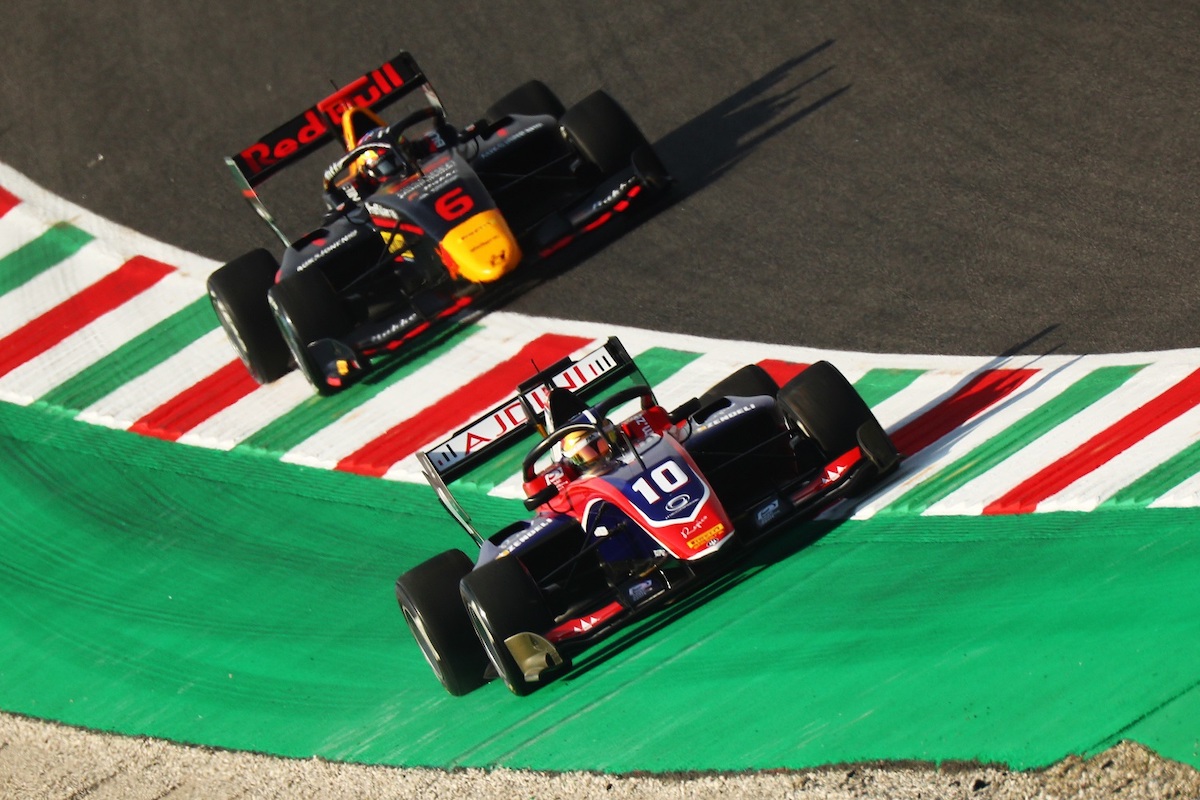 Lirim Zendeli has taken pole position for the final round of the FIA Formula 3 Championship at Mugello, while points leader Oscar Piastri will start down in 16th.

Trident driver Zendeli was quick throughout the session, and his penultimate quick lap was good enough to take pole position. His second lap on the final run was no quicker, as was the case for many of the runners.

Second fastest was Prema Racing’s championship contender Logan Sargeant, who complained of oversteer throughout the session. Sargeant takes a three-place grid drop from Monza and is set to start from fifth.

The situation is worse however for his rival Piastri. He qualified 11th, but his five-place grid drop from Monza means he is set to start Saturday’s race from 16th, with only an eight-point buffer over Sargeant.

Sargeant’s own penalty elevates HWA Racelab’s Jake Hughes to second on the grid, ahead of championship outsider Frederik Vesti, who will be the highest-starting title contender.

HWA’s Enzo Fittipaldi took his best qualifying of the season with fifth and is to start from fourth ahead of Sargeant.

The other championship contenders Theo Pourchaire, David Beckmann and Liam Lawson are set to line up in seventh, eighth and 12th respectively.