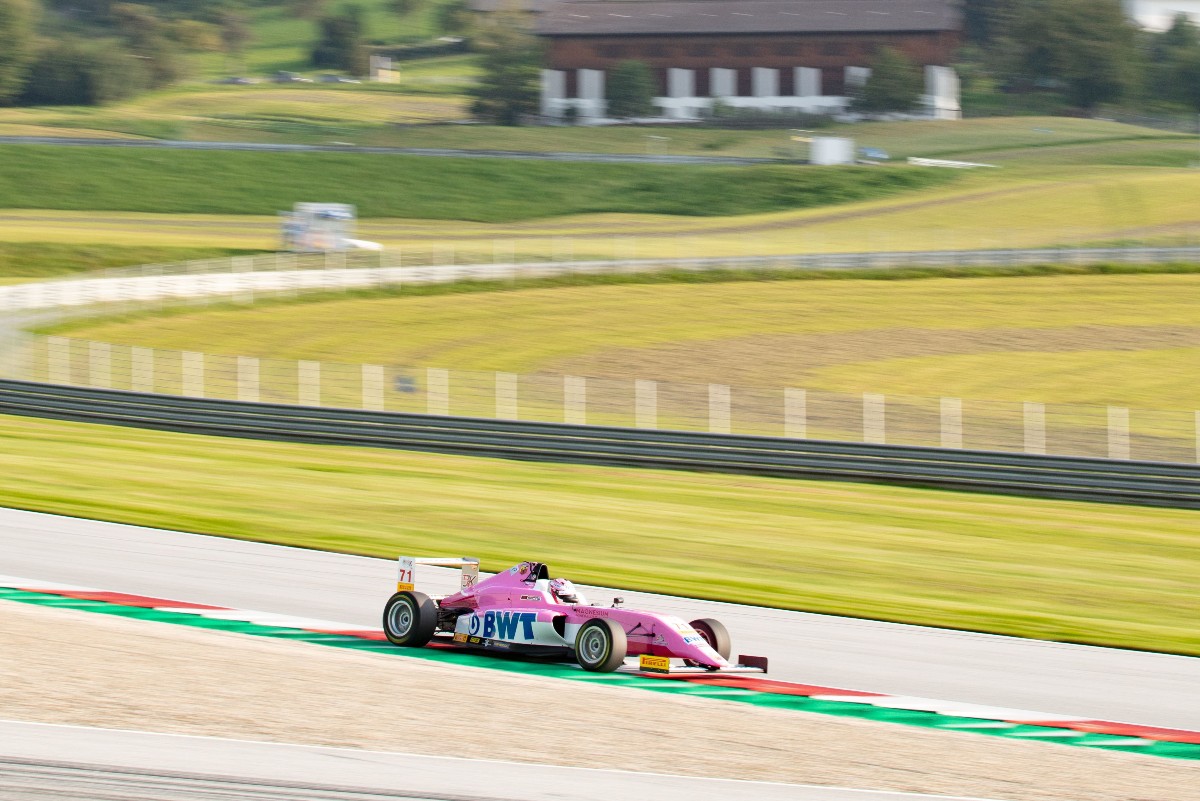 Mucke Motorsport’s Joshua Duerksen set the pace in free practice for the latest Italian Formula 4 round at the Red Bull Ring.

The Paraguayan driver was second to US Racing rookie Ollie Bearman in FP1, then was on top for most of FP2.

Prema’s Gabriele Mini and Gabriel Bortoleto were the first on track to get a strong lap in without traffic, but once Duerksen had moved to the top on his fifth lap it was difficult for drivers to set personal bests when over 25 other cars were also setting a lap.

With eight minutes left of the 40-minute session, Van Amersfoort Racing’s Jak Crawford managed to piece together three strong sectors to go top, but Duerksen got his tyres back in the operating window and reclaimed first place next time around.

Championship leader Francesco Pizzi made it three VAR cars in the top five, while Bearman failed to improve at the end of the session put his morning laptime was good enough to put him sixth overall in the combined classification.

Bortoleto was shuffled down to seventh, ahead of R-ace GP debutant Victor Bernier, Bearman’s team-mate Vlad Lomko, and Prema’s Sebastian Montoya – whose Formula 1 race-winning father Juan Pablo is supporting him pit-side this weekend.