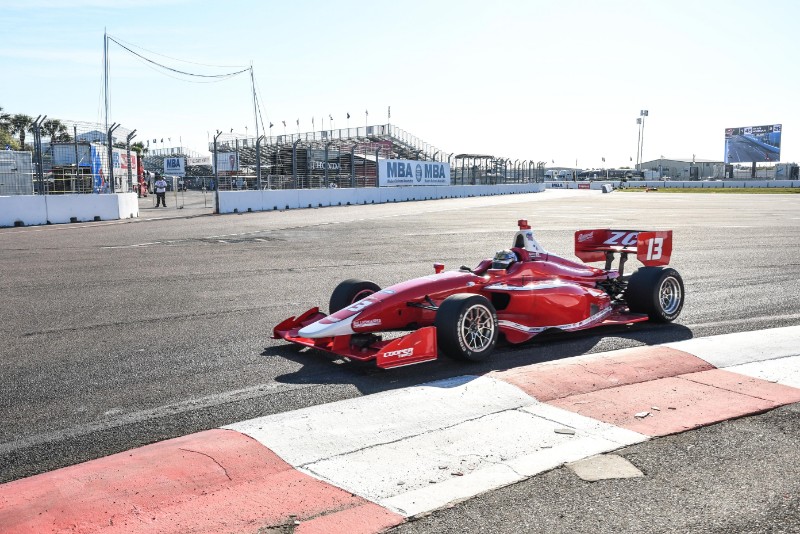 Indy Lights returnee Zachary Claman deMelo took the first Indy Lights pole position of 2019 in St. Petersburg, which was also the first of his career.

The Belardi Auto Racing driver was on the pace throughout the session, with his closest competitor being Oliver Askew.

With five minutes remaining, Claman deMelo became the first to record a sub-1m06s lap. The effort was enough to secure pole for the Canadian.

Toby Sowery went 0.1148s slower than Claman deMelo, and will complete the first row on the grid for Team Pelfrey/BN Racing.

Andretti Autosport?s Askew, who was the first one to pit for new tyres, ended up third, being the last one to go under 1m06. Fourth went to David Malukas in the second of the BN Racing cars.

The third row of the grid will be shared by Robert Megennis, in the second of the Andretti cars, and Indy Pro 2000 champion Rinus VeeKay.

Indy Lights veteran Ryan Norman was only seventh fastest, ahead of former GP3 driver Julien Falchero. Dalton Kellett and Lucas Kohl will form the fifth and final row of the grid.

Two of the Belardi drivers, Kohl and Falchero, had an eventful session, with the former going into the tyres three minutes into the session and the latter having to take evasive action and use the escape road at Turn 10. Both have escaped without damage to their cars.