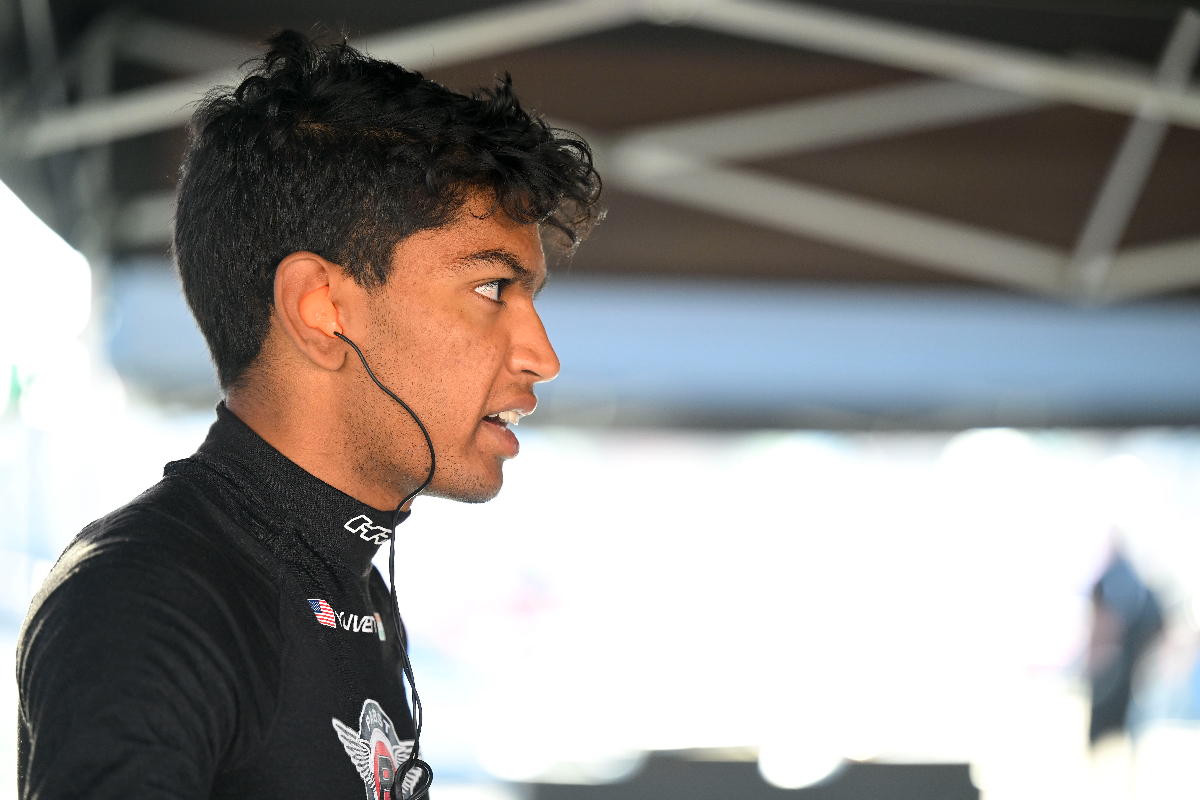 Yuven Sundaramoorthy will end a long association with Pabst Racing to move to Exclusive Autosport for his second season in Indy Pro 2000.

The 19-year-old has been with Pabst with 2019, and spent three years with the team in USF2000 before stepping up to IP2000 this year as part of its driver line-up.

In 52 starts across four years, Sundaramoorthy won four races and also claimed four pole positions in USF2000, with his debut in the series coming in 2018 in a one-off appeance with Exclusive. He then did three full-time campaigns with Pabst.

There were three podium finishes this year in Sundaramoorthy’s rookie IP2000 season, and he came 10th in the standings.

“I’m really excited to start a new chapter in my career,” said Sundaramoorthy. “Exclusive Autosport has a great car and great people. So, if I put in the work, I know we’ll have a championship-winning year.”

Exclusive ran Louis Foster to the title this year, and Sundaramoorthy is its first signing for 2023. The American is also a race-winner in MRF Challenge and F1600 Championship Series.

On the rung beneath in the Road to Indy, Exclusive has also announced a driver as Jacob Douglas will be spending a second season in USF2000 with the team. The Kiwi came 12th in the standings this year with a best result of fifth.

Douglas was a national champion in mini karting before taking his career international as he stepped up to the junior level. That included representing his home country in the FIA Karting Academy Trophy and racing in the United States.

In 2021 he moved into single-seaters at home and abroad, coming eighth in the South Island Formula Ford championship and sixth in the shortened NZ FFord championship as well as making the podium with winged cars in Formula 4 Western.

“I’m super excited to announce another season with Exclusive Autosport in the USF2000 championship,” said Douglas. “I can’t wait to work hard with my EA crew again and see what we can do in 2023.”

Duncalfe added: “I’m looking forward to continuing to work with [Jacob] through the off-season and building on the strong foundation we have. I am confident Jacob will make an immediate impact on track at the start of the 2023 season.”