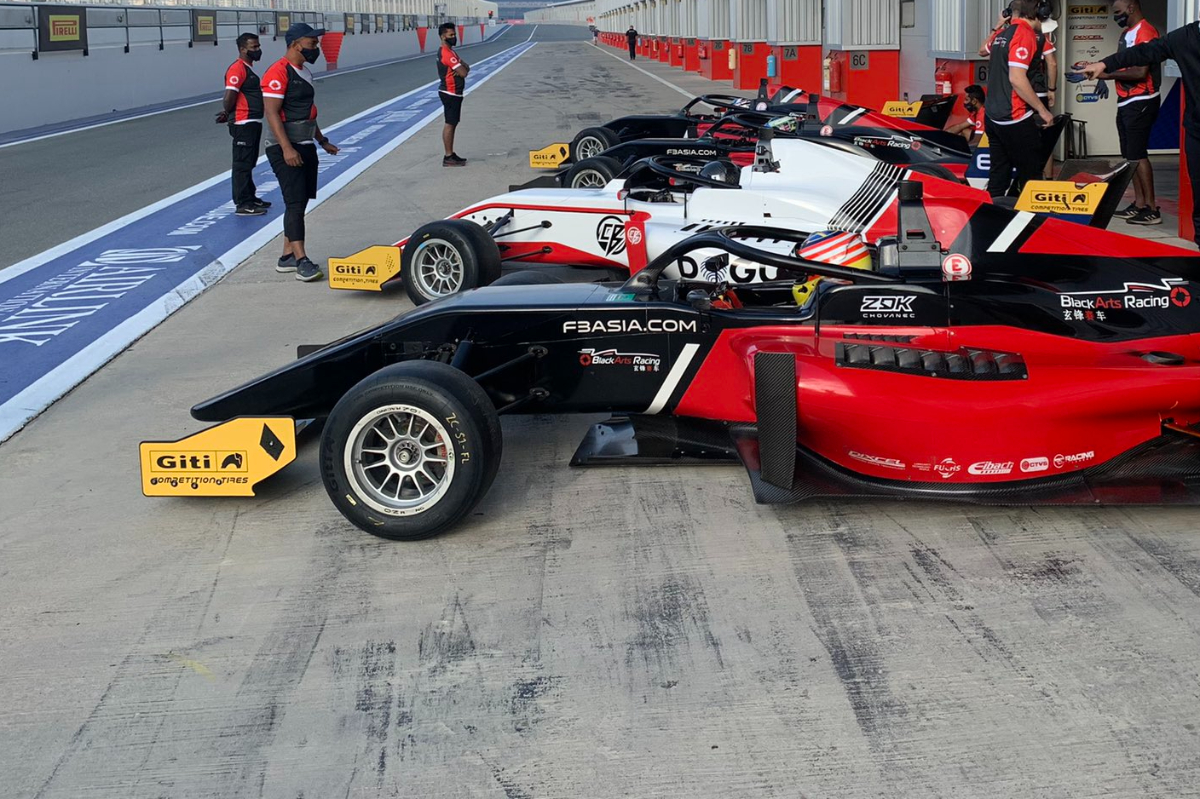 Alister Yoong drove for BlackArts Racing in pre-event testing for the second Asian Formula 3 round at Yas Marina Circuit, although the Malaysian won’t be racing this weekend.

The 18-year-old had been a mechanic for the team for last weekend’s season opener at Dubai Autodrome, and was able to take over the car that was raced by Zdenek Chovanec at Dubai for the two test sessions in Abu Dhabi.

Yoong only managed one lap in session one, and recorded 12 times laps in the second night-time session before it was shortened to half of its planned duration by a red flag. He had been looking for the finances to race in the seat this weekend.

Evans GP’s Isack Hadjar set the pace in both sessions, recording a 1m54.387s lap to top session one and improving to a 1m52.660s during the evening running.

His team-mate Patrik Pasma had been second in the afternoon, just 0.043 seconds behind, but was shuffled to fourth by Pinnacle Motorsport’s Pierre-Louis Chovet and Mumbai Falcons’ Jehan Daruvala in the later session.

Championship leader Guanyu Zhou was fifth for Abu Dhabi Racing by Prema, and the last driver within a second of Hadjar’s pace.

Only three drivers set their best laps in the first session, while Abu Dhabi’s Amna Al Qubaisi and Pinnacle’s Alessio Deledda didn’t make it back to the pits when the red flag arrived in session two.

Roy Nissany was the slowest of the Formula 2-experienced drivers, 2.135s slower than Hadjar and down in 18th place in his Hitech GP-run car.