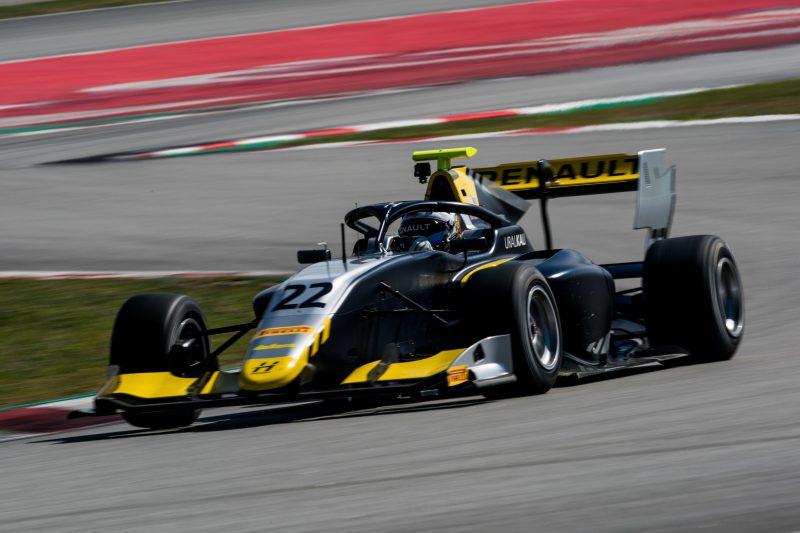 Yifei Ye has been unveiled as the latest addition to the Renault Sport Academy ahead of this weekend’s Formula 1 Chinese Grand Prix.

Ye is stepping up to the FIA Formula 3 Championship this year with Hitech GP, and has been running Renault branding in pre-season testing (pictured).

He is known to have received approaches from numerous F1 team junior programmes, but told Formula Scout last October that he had been turning down offers until “the time is right”.

Last year Ye competed for the Formula Renault Eurocup title – finishing third behind existing Renault proteges Max Fewtrell and Christian Lundgaard – in his second year in the category, having previously won the French Formula 4 crown in 2016.

?It?s a real honour to join the Renault Sport Academy,” said Ye, who headed to Shanghai for his unveiling straight after the conclusion of the Barcelona F3 test on Wednesday.

“Over the years I have seen its members go on to achieve great things in racing. It gives incredible support in all areas; physical training, working with world-class engineers, media experience and career guidance.

“Of course I also know the importance and privilege of working with a global brand such as Renault and I am looking forward to honouring their reputation with some strong results this year and in the future. I will be working hard to reach Formula 1 with Renault F1 Team one day.?

Ye is the second Chinese recruit to the Renault Sport Academy in recent months, Guanyu Zhou transferred over from Ferrari ahead of his rookie Formula 2 campaign.

?We have been watching Ye Yifei for some time,” said Renault F1 boss Cyril Abiteboul.

“He has impressed us with his results in all categories, plus his ability to integrate into any racing or cultural environment.

“For us, his future is promising and we are looking forward to guiding the next stages of his career as he continues his progress through the ranks.

“We are also pleased to be able to further promote Chinese interests in motorsport along with our partner Renault China and DRAC.”

Francois Provost, chairman of China Region for Groupe Renault, highlighted the importance of having Ye and Zhou as part of the brand.

“Zhou Guanyu and Ye Yifei are recognised as the top two Chinese young drivers,” he said.

“With strategic vision, we have successfully invited both of them to join Renault Sport Academy, allowing them to make one step further towards F1 tracks.

“I hope Renault can eventually help Chinese people to achieve their F1 racing dream. Their joining will help to create a young and vibrant brand image of Renault in the China market.”