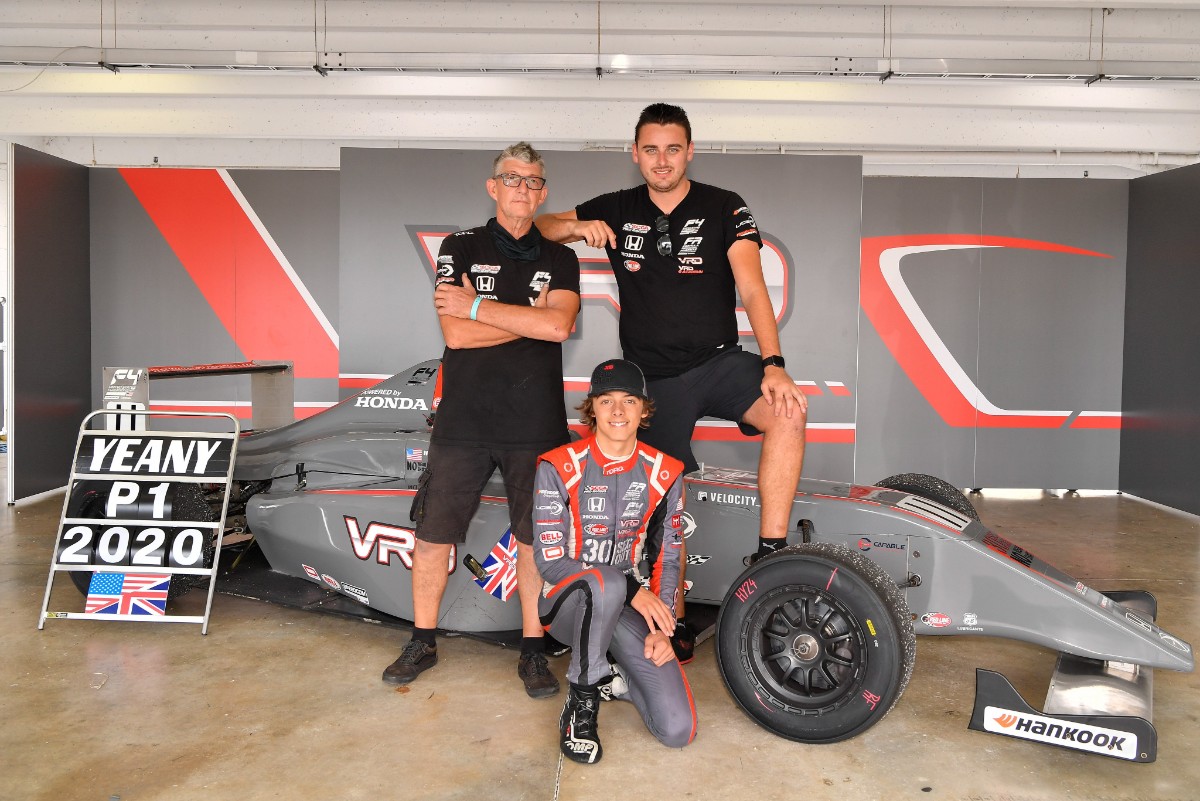 The temperature may have been rising ahead of qualifying, but a number of drivers chose to delay their runs in order to let the track dry further after significant rain. Five drivers were in contention for pole, but ultimately it was Spike Kohlbecker who took the top spot ahead of Nicholas Christodoulou and Yeany.

The first race of the weekend was subject to delays due to the rain, and due to drainage issues at Turn 6 was then cancelled but then reinstated on the Saturday schedule.

But as it got underway, the rain returned. Kohlbecker led the early laps from Yeany, with Blanco-Chock down in sixth.

The rain soon fell harder and Nicholas Rivers skidded off track to cause a full course yellow.

On the restart Yeany had a sideways moment after hitting a puddle at Turn 1, but held on. Dylan Tavella took second place and team-mate Blanco-Chock was soon past Kohlbecker for third.

Blanco-Chock charged in pursuit of Yeany and made his way past as Yeany had another moment, this time at Turn 2. A second FCY brought the race to a close due to lightning.

Race two took place in dry conditions with Blanco-Chock once again leading Yeany and Kohlbecker. A FCY became a red flag though after Rodrigo Gutierrez and Rivers came together.

On the restart Yeany took the lead into Turn 1, but Blanco-Chock was back in front before the end of the lap. Further back Kohlbecker diced with Erik Evans and Tavella for third place.

The race ended under FCY once again, which eliminated Blanco-Chock’s four-second lead over Yeany, who sealed the title with second place. Kohlbecker held off Evans for third.

Yeany led the way in the final race, but Blanco-Chock was on his tail when a FCY yet again led to a red flag.

On the restart Blanco-Chock grabbed the lead from Yeany, but the two clashed and Blanco-Chock was sent off track.

Yeany soon came under pressure from Evans, but there were more FCY for debris. Blanco-Chock meanwhile was charging and in the closing laps took third from Christodoulou.