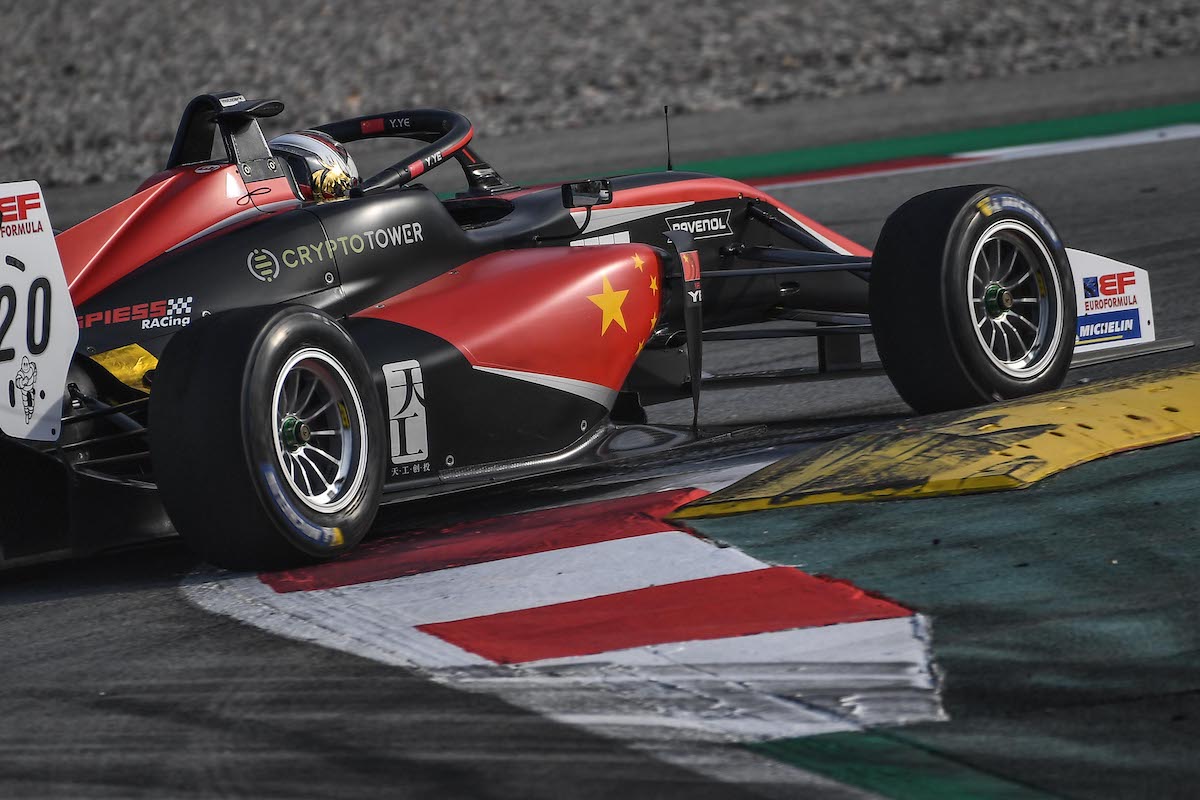 Yifei Ye overcame a penalty to win from pole in the penultimate Euroformula race of the season at Barcelona.

Estner drew alongside on the run down to Turn 1, with Lukas Dunner briefly making it three-wide before they entered the corner. The Van Amersfoort Racing driver was ahead as they reached the apex, but as they changed direction for Turn 2 Ye swept across on Estner and the German ended up running into the gravel and falling to the back of the field.

Double R Racing’s Louis Foster worked his way past Dunner for second, and then became winner-elect when Ye was handed a five-second penalty for the incident. This prompted Ye to up his pace, setting consecutive fastest laps in an attempt to extend his lead past the margin that would be eliminated by the penalty.

Every lap Ye extended his lead by a few tenths of a second, and got to the gap he needed with two-and-a-half laps to go.

A mistake out of Turn 15 by Dunner on lap six of 18 meant he conceded third place to Motopark’s Cameron Das, who picked up a second consecutive podium after ending a podiumless spell running back to 2018 in Saturday’s second race.

Dunner ended up finishing fourth, with Estner’s team-mate and brother Andreas Estner extending his margin over Niklas Krutten in the battle for third in the standings by finishing fifth.

Carlin’s Zane Maloney made a great start to overtake four cars and move into sixth place, a position he held for the rest of the race despite pressure from Motopark’s Manuel Maldonado.

Krutten recieved a two-second penalty for an incident with Drivex’s Glenn van Berlo early on, but he built enough of a gap over CryptoTower’s Rui Andrade to secure eighth.

Sebastian Estner pitted after his opening lap gravel trip, and he returned to track directly in front of the lead battle. He let them through without issue, and had a lonely run to 14th ahead of Carlin’s Ido Cohen.

Cohen had pulled into the pits at the end of the warm-up lap and went into his garage, and in starting the race several laps late he ended up earning himself a drive-through penalty as being in the garage is off-limits during the race. It had no effect on his result, as he was already several laps down.