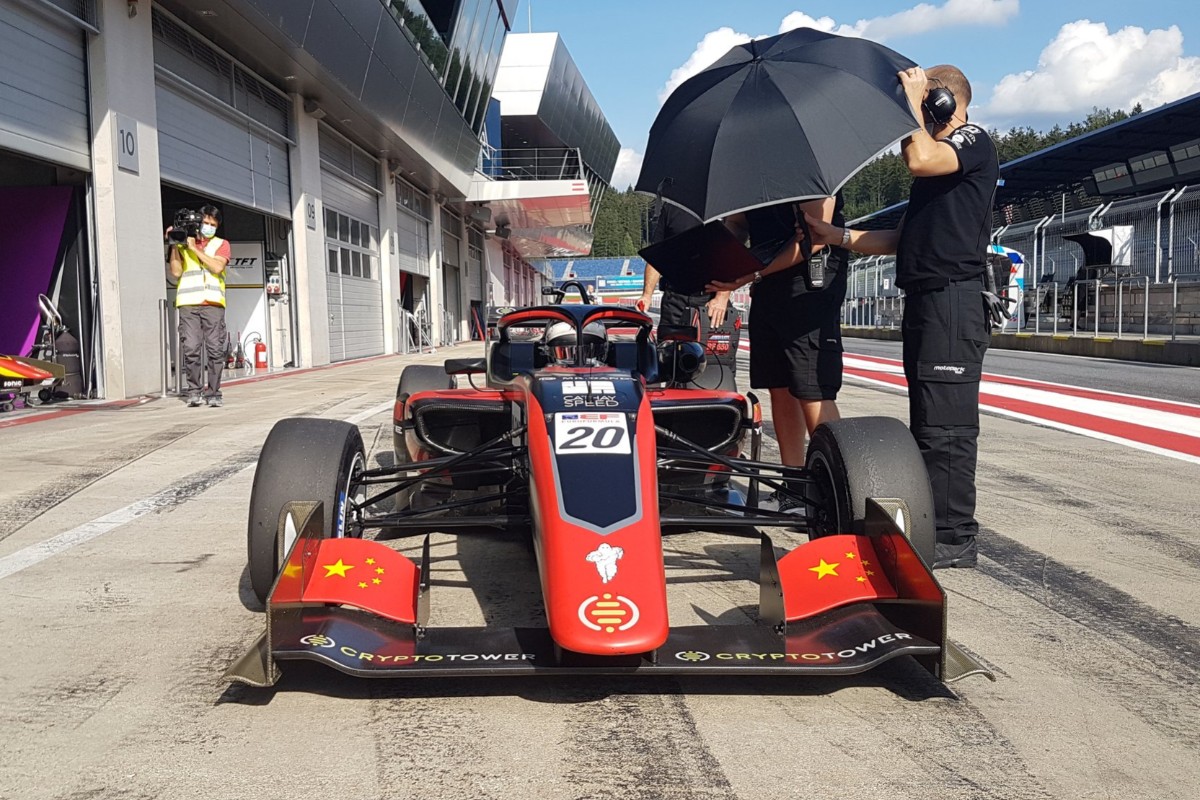 Yifei Ye had to overcome laps being deleted for track limit violations for the second session in a row in Euroformula free practice two at the Red Bull Ring.

The Chinese driver was a top culprit for using up all of the track and more out of the final corner, resulting in several of the laps that would have put him in first place at various points in FP2 being deleted.

His session also wasn’t straightforward as he had an electrical issue related to his steering that required him to spend some time in the pits while engineers worked on the car [pictured above].

As in FP1, an earlier benchmark was enough to keep him in first place until he hooked together a lap that stayed within the white lines the whole way around. Across the grid, 15 laptimes were deleted for track limits-related reasons.

His 1m23.385s lap that stood as the session’s best was 0.222 seconds faster then Zane Maloney’s best in second place, and the Carlin driver once again looked like the only driver who could rival Ye.

Sebastian Estner was the top Van Amersfoort Racing driver in third, with Motopark’s Manuel Maldonado doing a good job in fourth and was only 0.170s off second place.

After technical issues ruled him out of FP1, Shihab Al Habsi was on track in FP2 for Drivex School and outpaced his team-mate Glenn van Berlo.