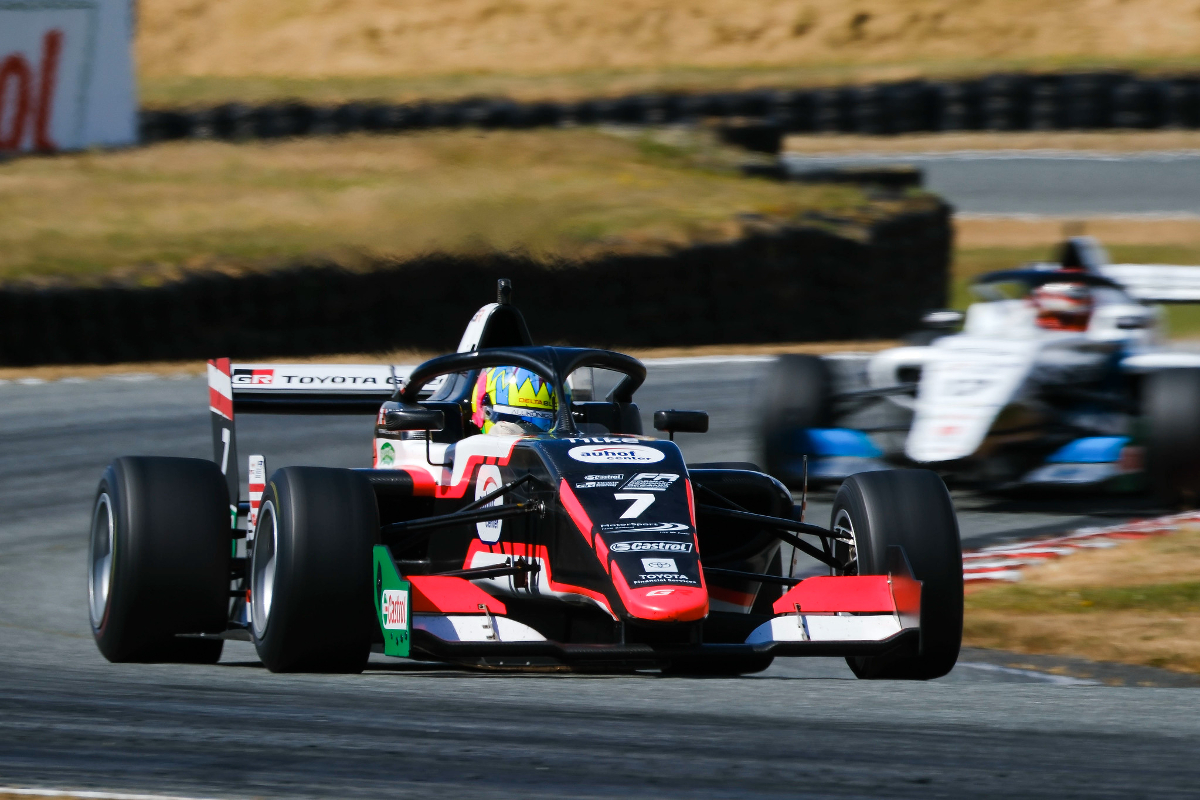 The M2 Competition driver gapped title rival and team-mate Callum Hedge at the start, establishing a lead of 1.34 seconds. However Hedge was able to bring it back down to 0.454s by lap 12 of 30, and it remained at that kind of gap until the final few laps when it grew to 0.912s before shrinking back to 0.667s on the final lap.

Hedge did not have to worry about Liam Sceats in third place as he had to spend most of his race looking in his mirrors at fourth-placed Josh Mason who was often the fastest driver on track. Mason tried a few times to pass but could not find a way into third, and it also meant the pair dropped back from the top two after hounding them at times.

Mason had passed Jacob Abel on lap eight, and Abel dropped five seconds back to finish a distant fifth. Other drivers whose races did not go to plan included James Penrose, who had an issue that required him to pit and put him several laps down, and David Morales whose car came to a halt by turn five with three laps to go and meant he failed to finish. Morales has now dropped to eighth in the standings after initially being in the title battle.

Daruvala heads to MP Motorsport for fourth year in F2