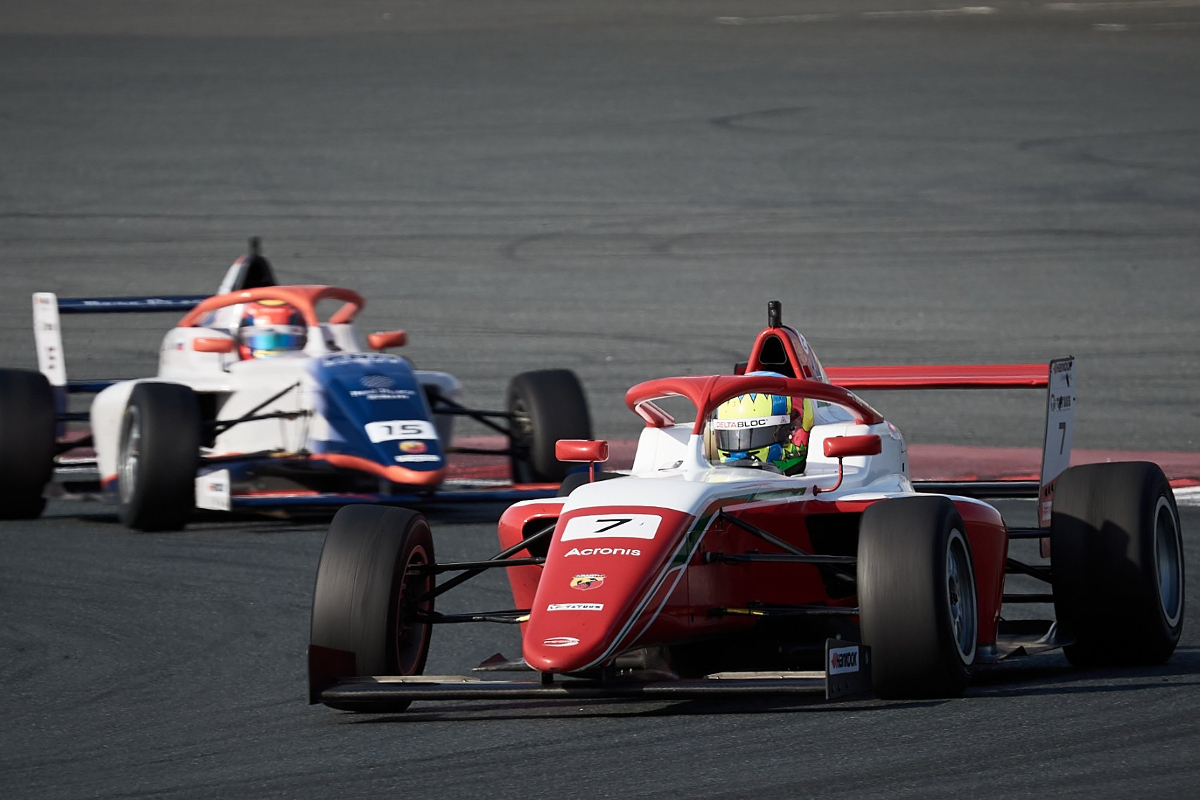 Prema driver Wurz had a strong start from pole, darting to the right to defend from the rest of the filed behind.

PHM Racing’s Bedrin had an electric start though, passing Abu Dhabi Racing by Prema pair Aiden Neate and Andrea Kimi Antonelli before the first corner and then sweeping past Wurz’s team-mate Rafael Camara through turn one.

The first safety car interruption came after just one lap, following contact near the back of the grid that led to the retirement of Ricardo Escotto and Valerio Rinicella one lap later.

Wurz led a controlled restart while Bedrin came under pressure from Camara, the pair running wheel-to-wheel and giving Neate the chance to then pass Camara for third.

Dramatic contact between Miron Pingastov, Martinius Stenshorne and Antonelli led to the second safety car interruption, and caught up PHM’s Taylor Barnard who also had to retire in the pitlane.

The extended safety car period due to damage to barriers meant the race only had a further two laps remaining.

Once again, Wurz controlled the restart with Bedrin, Neate and Camara following behind.

The race was red flagged and brought to an end seconds later after contact between Victoria Blokhina and Sohil Shah in an incident which also led to the retirement of Ismail Akhmedkhodjaev. The results were taken from the previous lap due to the reds, meaning they were all classified finishers and Wurz took the win and points lead at the halfway point of the season.