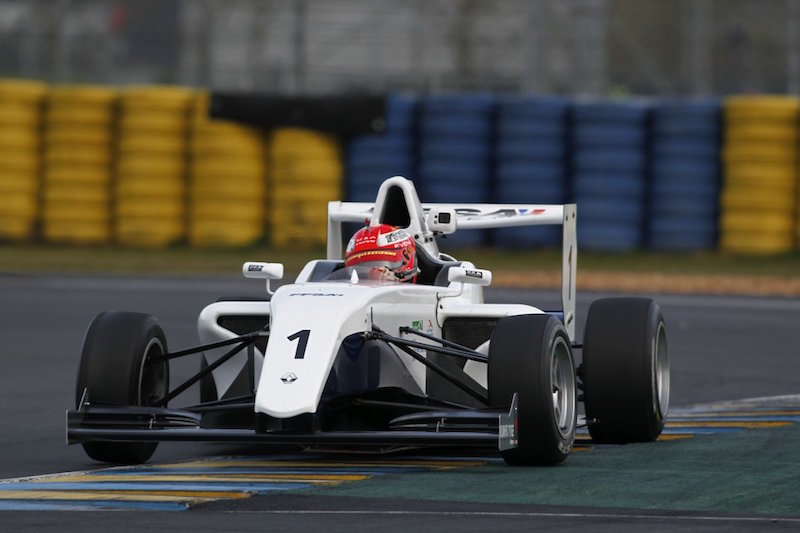 World junior karting champion Victor Martins will be?among the drivers competing in the 2017 French Formula 4 season, which starts at Nogaro this weekend.

Fifteen-year-old Martins already made an appearance in the series at Le Mans last September, claiming two podium finishes from four races, prior to winning his world title in Bahrain in November.

The highest-placed driver from the 2016 standings that returns for another season is Hugo Chevalier, who came sixth overall last year, but he will have to adapt to an upgraded Signatech-Renault car (pictured), which like its predecessor does not comply with the FIA F4 specifications.

Martins is joined in moving from top-level karts by Charles Milesi, who was ninth in the same world championship race in Bahrain and is also set to race in Formula Renault NEC this year with R-ace GP.

Italian Aldo Festante comes with a season of Italian F4 with Mucke Motorsport under his belt.

South African Stuart White has been a frontrunner in Junior ROK karting and the CIK-FIA Academy Trophy.

Frenchmen Thomas Drouet and Florian Venturi – who raced each other in senior Rotax karting last year, after Venturi was world champion at junior level in 2015 – complete a 16-car field for the opening round.