William Buller is in title contention in the F3 Euro Series, and last weekend won in GP3 from the back of the grid on slicks on a drying track. We profile the young Northern Irishman…

After two years in British Formula 3, William switched to European competition in 2012 with an ambitious dual programme of GP3 and the Formula 3 Euro Series that sees him racing nearly every weekend of the year. After a solid start in the Euro Series, he has emerged as a title contender over the last couple of race weekends. His start to the GP3 season was a little more steady, but last weekend he won from the back of the grid on home soil at Silverstone after starting on slicks on a wet but drying track.

William started competing in quads as a kid, then moving on to karting but also racing on ovals. In 2007 he raced in the T-Cars championship, finishing second overall behind sophomore Daniel Brown.

He moved on to single-seaters in 2008 aged 15, racing in Formula BMW Europe with Fortec Motorsport. He finished 12th in the standings with a best finish of fourth in Hungary. At the end of the year he contested the Formula Renault UK Winter Series and the Portgual Winter Series, finishing fifth in both – between Oliver Webb and Lewis Williamson in the UK and between Williamson and Adrian Quaife-Hobbs in Portugal. Then at the start of 2009 he took part in three rounds of the Toyota Racing Series in New Zealand, winning two of the nine races he started.

William remained in Formula BMW Europe for his main 2009 campaign, again with Fortec. He only managed to improve to tenth in the standings, with a sole podium finish at the Nuburgring. He was on pole at Silverstone, but only finished that race in sixth. He did end his year on a high though after taking part in the Formula BMW Pacific race at the Macau Grand Prix with the Eurointernational squad, winning the race from pole and setting the fastest lap. 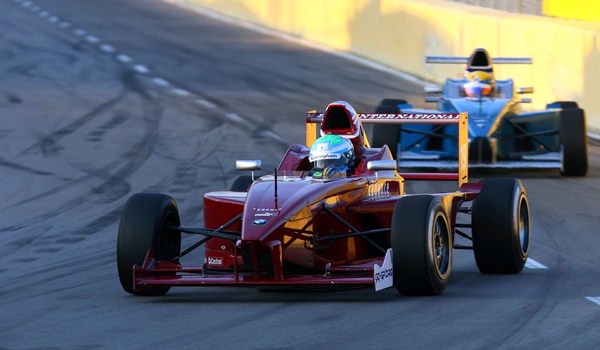 William won on the streets of Macau (Photo: BMW)

William stepped up to British Formula 3 in 2010 with Hitech Racing, and to prepare for that he took part in the Formula 3 Brazil Open at Interlagos in January, which he won. In British F3 he finished the 2010 season in eighth overall with five podium finishes. He finished 11th at the Masters of Zandvoort and 15th at Macau, where he returned to Fortec.

He raced with Fortec in the 2011 British F3 season and improved to fourth in the final standings. He won on the road at Paul Ricard, and at Spa he finished second and third overall but was the first British F3 runner in both those races.

In 2012 William has switched to the Carlin team to contest GP3 and the Formula 3 Euro Series/FIA European F3 Championship. He did not score points in the first two GP3 rounds, before a tenth-place finish at Valencia, having topped the timesheets in testing at the nearby Ricardo Tormo permanent facility the week before. At Silverstone he retired on the opening lap of the first race, putting him at the back of the grid for the second. He gambled on slicks on a wet track, and kept out of trouble early on before the track dried and came to those on slicks. He drove through the order to take victory. 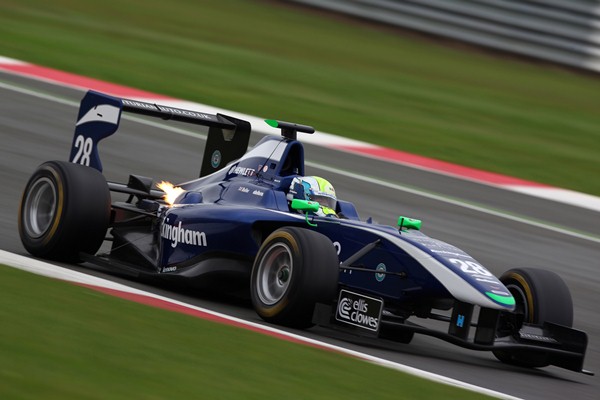 William on his way to victory at Silverstone (Photo: GP3 Media Service)

In F3, he took a pair of fourth-place finishes at the season opener at Hockenheim, then a second-place at Brands Hatch. At Spielberg he claimed pole for the first race, but finished down in eighth. That put him on pole for the second race, which he did win. He then came second in the third race. At the Norisring he was classified second in the first race, but nobody actually won the race after Daniel Juncadella was diqualified. He is third in the standings, only 16.5 points behind leader Juncadella, who’s in his third season in the Euro Series. He’s only fourth in the FIA European Championship, having had to miss the Pau round due to a clash with the Barcelona GP3 round.

Talent rating: William has shown great pace at times in his career, but he’s also often struggled for the results that would be expected for a driver of his experience. Saying that, he’s always been in very competitive categories and doing better than fourth in British F3 last year would have been tricky without driving for Carlin. Now he’s with that very team, he’s impressing in F3 against drivers of similar experience. His GP3 win showed great skill, even if he was on the right tyres. He’s confident that he can continue that kind of form now he has the hang of the GP3 car. 7/10

Chances of getting to F1: William is the son of a property developer, who also owns the Rockingham circuit. He’ll have the backing to step up to GP2 next year, and it will probably be down to how well he does there that will determine whether he gets to F1. He’s got the talent to become a leading contender after a couple of years which could make him a tempting proposition to F1 teams. 7/10 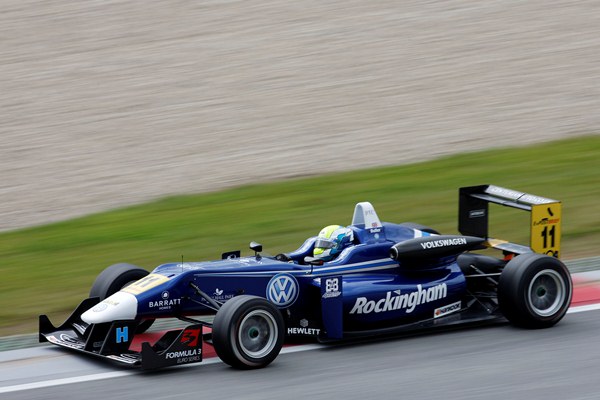 Frijns gets first taste of F1 with Red Bull in Moscow