Antonio Felix da Costa raised some eyebrows when Red Bull signed him last month despite struggling for form, but the move has seemingly kick-started his season. We profile him after his GP3 win at Silverstone…

Antonio returned to GP3 in 2012 after lacking the budget to step up to GP2, and was expected to be amongst the title contenders. The first three race weekends did not live up to expectations – littered with penalties as well as some poor qualifying results. Despite this, he’d done enough to impress the Red Bull Junior Team who placed him in the Formula Renault 3.5 Series for the fourth round. He made a solid start there, and then made a race-winning return to GP3 at Silverstone last weekend.

Starting off in karting, Antonio won Portuguese titles in the Cadet and Junior classes, and finished second in the WSK International Series in ICA Junior in 2006. After a successful campaign in KF2 in 2007, Antonio stepped up to cars in 2008.

He contested the Formula Renault Northern European Cup, finishing runner-up to dominant champion and second-year driver Valtteri Bottas. He also did three rounds of the Eurocup, with two top five finishes on home soil at Estoril. He remained in the NEC in 2009, winning the title with nine victories from the 14 races he started. In the Eurocup he came third overall, tied on points with Jean-Eric Vergne and ten points behind Albert Costa. 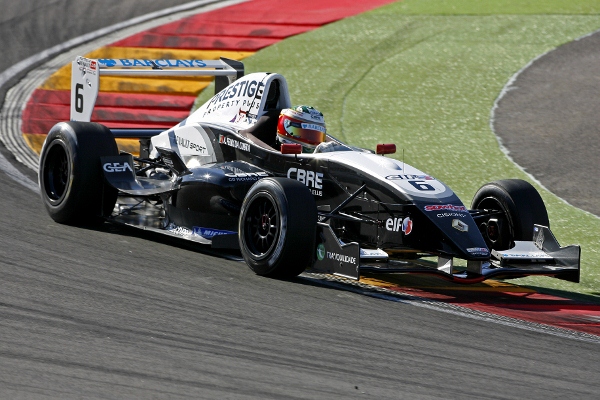 Antonio in the Formula Renault Eurocup in 2009 (Photo: Renault Sport)

He stepped up to Formula 3 in 2010, remaining with the Motopark Academy team he drove for in Formula Renault. Entering the Euro Series, Antonio won three straight reverse grid races at the Nurburgring, Zandvoort and Brands Hatch. He finished up seventh overall, beating Daniel Juncadella to the rookie title. Antonio also entered two rounds of the GP3 Series with Carlin, with whom he then finished sixth at the Macau Grand Prix. He made his F1 debut at the Young Driver Test at Abu Dhabi with Force India, and impressed with the third fastest time.

Antonio made the full-time switch to GP3 with Status Grand Prix in 2011. After two points finishes at the first round, he then only scored points once in the next six rounds. At the season finale at Monza he was seventh in the first race and then won the second race to end up 13th in the standings. He entered two British F3 rounds with Hitech, finished on the podium in three of the six races.

At the end of the year he contested the non-championship GP2 Final event with Ocean Racing Technology, the team owned by his manager Tiago Monteiro. After qualifying 16th he raced through the order to finish seventh in the feature race. He started on the front row for the sprint race, but dropped back to 13th place. 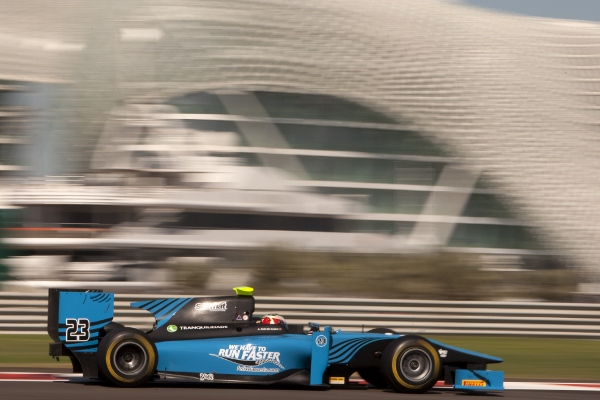 Antonio did not have the funds to race in GP2 in 2012 so had to settle for another GP3 campaign, this time with Carlin. He got his season off to a good start by claiming pole at Barcelona, but he jumped the start and the subsequent drive-through saw him finish 14th, before fighting back to ninth in race two. In Monaco he could only qualify ninth, finishing the first race seventh and then coming second in the second race after starting on the front row.

He was fifth fastest in qualifying at Valencia, but was sent to the back of the grid due to a technical infringement. He was fighting his way back up the order until taking out a rival. Sent to the back again for race two, this time he made his way through safely to eighth place.

A few days later he was announced as a member of the Red Bull Junior Team ahead of the Nurburgring round of the Formula Renault 3.5 Series, where he was called up to replace the underperforming Lewis Williamson – dropped after just five races – at the Arden Caterham team. He finished ninth in the first race and then eleventh in the second. 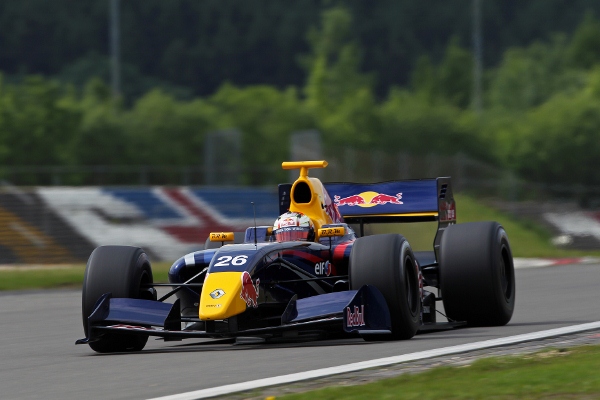 Returning to GP3 for last weekend at Silverstone, Felix da Costa topped a wet practice and then took third on the grid. He made a superb start to take the lead with a move around the outside of Mitch Evans just three corners in, and went on to take a commanding win. He made good progress from eighth to second in the early laps of race two, but finished sixth after the track dried and came to those on slicks. The good weekend moved him up from ninth to third in the GP3 points, making him the nearest challenger to the top two of Evans and Aaro Vainio at the halfway stage of the season.

Talent rating: Antonio is amongst the most exciting drivers around – his performances in Formula Renault and F3 proving his talent. While he does show great pace, his consistency is poor, while his GP3 campaign last year was terrible even allowing for the high-competitiveness of the grid. He’s impressed Red Bull, and the step into FR3.5 gives him an opportunity to do well in another type of car. 8/10

Chances of getting to F1: Antonio’s progress up the ladder was being halted by a lack of funding, but that problem is solved for now thanks to Red Bull. He’ll need to continue to be solid in FR3.5 for the rest of this year and he’ll get a full campaign next year. As proven by Williamson’s sacking, Red Bull have high expectations and he’ll need to live up to them, by holding his own against the likes of Carlos Sainz Jr next year. If not, Red Bull may not take him to F1. Then he’ll have to find his own way – which could be tough. 7/10 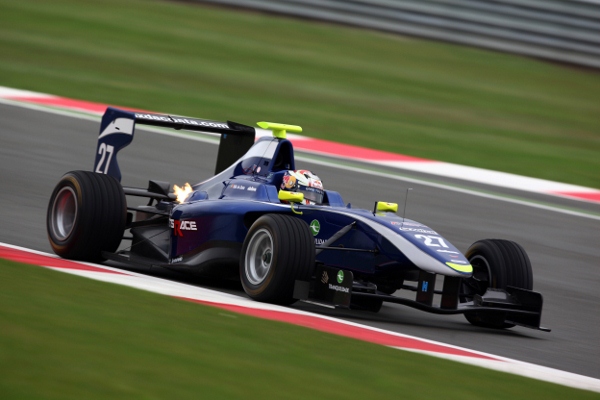 Marussia to test Chilton and Haryanto at Silverstone this week