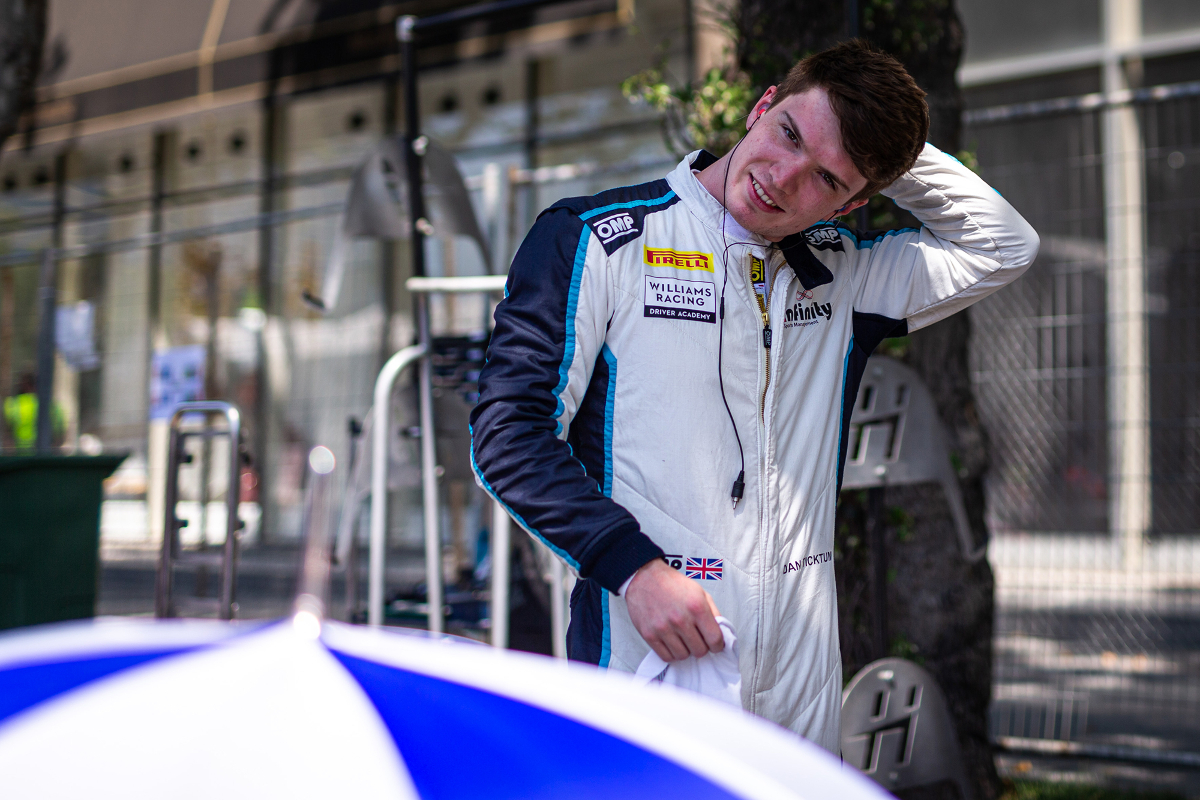 Formula 2 race-winner Dan Ticktum has lost his status as a junior driver of the Williams Formula 1 team as of last week.

The 22-year-old was signed as one of Williams’ development drivers in December 2019 ahead of his rookie F2 season, and retained that status into his second year in the series. He currently lies fourth in the points, and win a sprint race in Monaco.

No reason has been given for his departure by Williams, but this week he garned controversy by broadcasting negative comments about Williams’ current driver Nicholas Latifi on his Twitch channel.

Ticktum jokingly called the Canadian “a poo” in a riff as he sung to himself while gaming, then downplayed a comparision of the quality of F1 and F2 drivers to that of leagues in football. He said his split from the team occurred before then.

“Myself and Williams parted ways before the recent Latifi-related incident just so people know,” said Ticktum.

“It wasn’t announced until now as there was no option for an F1 seat in 2022 for me. Thank yout to Williams for the opportunity! Hope to work together in the future!”

This is not the first time Ticktum has been released by an F1 team, having been part of the Red Bull Junior Team from 2017 to halfway through 2019 when Team Mugen dropped him from his Super Formula seat on the grounds of underperformance and then Red Bull pulled its support of his career shortly after.

Unlike Red Bull, Williams has no financial input into his junior single-seater career and therefore this development should not affect his F2 seat with Carlin. He has now also lost his job as Williams’ simulator driver though.

Ticktum is no stranger to controversial remarks, having hinted at inequalities between teams while competing for the FIA European Formula 3 title against Mick Schumacher in 2018 and also making remarks on his team radio while racing at Silverstone last year that some interpreted as a suggestion he has considered crashing into a rival in a F2 race.