Will Stevens gets F1 debut with Caterham in Abu Dhabi 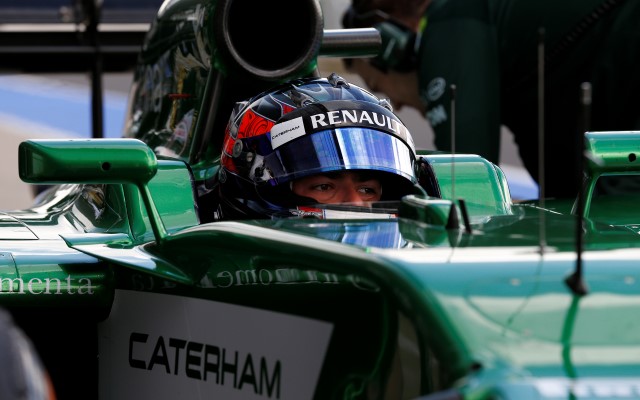 Formula Renault 3.5 race winner Will Stevens is to make his Formula 1 debut after securing the second Caterham seat for this weekend’s Abu Dhabi Grand Prix.

After missing the races in Austin and Interlagos, the team is returning to action this weekend despite being in administration. They were required to find a second driver to partner Kamui Kobayashi after Sauber-bound Marcus Ericsson cut his ties with the team.

23-year-old Briton Stevens sampled F1 with Caterham in tests at Silverstone in the middle of the 2013 and 2014 seasons, but had left the team under the new ownership and signed a reserve driver deal with rivals Marussia that would have seen him take part in free practice sessions prior to their collapse.

A prodigious driver in his karting days, Stevens was signed by the Honda F1 team after winning the European and Asia-Pacific KF2 titles in 2007, and remained a part of the Brackley setup through its year as Brawn GP in 2009.

“I’m absolutely thrilled to be getting this opportunity and am very grateful to everyone involved at Caterham F1 Team for giving it to me,” he said.

“I feel ready for the challenge of my F1 debut and look forward to working as part of the Team in a race environment after all the work we’ve done together previously in the tests I’ve completed and back at Leafield in the sim. Hopefully this will be something we will be able to carry through to the 2015 season together.”

Gianluca Pisanello, Caterham F1 Team Head of Engineering Operations, said: “We know Will very well through his involvement in the Caterham Racing Academy and more importantly he has done a vast amount of time in our simulator, completing around 10,000km, which has built his experience both of this year’s car and with the engineering team that are going to Abu Dhabi.

“In addition, his 2014 test at Silverstone in our current car, where he completed over 500kms, was very successful and his race pace was very good. As a result, he was one of our best candidates for this race weekend and we are delighted to have secured his services for our return to the F1 grid. We in fact signed Will last week but have had to wait for confirmation of his Super licence before making our announcement.”

Given that Caterham have had to raise funds to get to Abu Dhabi, the second seat was always going to go to somebody who had some decent money to spend, was eligible for a superlicence and was available this weekend. Given that, Stevens getting to make his F1 debut is a pretty good outcome.

The quality of some of the drivers that have managed to get their hands on superlicences on recent years thanks to doing the necessary test mileage is debatable. Without naming names, some of them could only dream of winning races in a top championship like Stevens has done, and do not deserve to be able to say in a few years time that they raced in F1. When there was a genuine fear that such a driver would get in at Caterham, the deal with Stevens is something of a relief.

Stevens has had a disappointing season, there’s no doubt about that. Falling backwards in the standings in a particular junior series is never something to be very proud of. Stevens does not deserve his F1 debut totally on merit, but nor do many drivers that do get their chance, and ultimately he is good enough to get that opportunity in the circumstances.

His background means that Stevens can draw a lot of comparisons with his friend Max Chilton, who lives 20 miles down the road in Surrey. But it should not be forgotten that Stevens was once one of the next big things on the British scene. Just as Lewis Hamilton was breaking all the records in F1, Stevens was winning multiple international karting titles and was recruited by Ross Brawn and Nick Fry at Honda.

His single-seater career has been somewhat less headline-making. In his three years in FR2.0 he won four races, and he’s only won two in three years of FR3.5. But he has consistently been there or there abouts, taking a total of 32 podiums and at least one in each of his six campaigns. He’s clearly quick, but something has just been missing to mark him out as a top driver. In FR3.5, qualifying has constantly been an issue, and one that at least as much down to the team as it is down to him. But he’s often put in some great race drives, particularly in the strong field of 2013, when he was the nearest man to the dominant Kevin Magnussen at the final round of the season.

With a couple of days of testing under his belt with the team and plenty of simulator mileage, Stevens certainly won’t be disgracing himself. 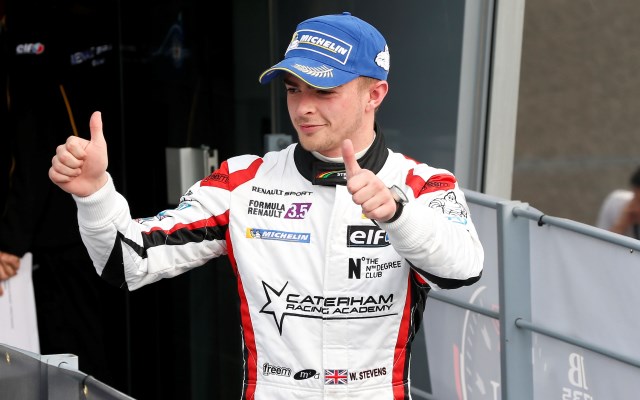 Ocon to do FP1 and test in Abu Dhabi with Lotus