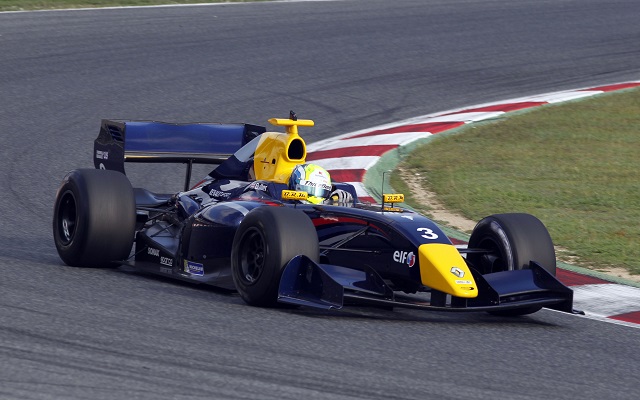 British racer Will Buller will join Arden Motorsport for his first full-time campaign in Formula Renault 3.5, the team has announced.

The 21-year-old contested a part-time campaign in the championship in 2013, joining Zeta Corse for the final five rounds of the season. He made the points six times with a best finish of fifth and wound up taking 11th in the stadings.

Prior to that, Buller was an everpresent name in Formula 3 racing, taking numerous in British F3 and the F3 Euroseries. His CV also features a rather quiet campaign in GP3 with Carlin, which was redeemed by a famous reverse-grid victory at a rainy Silverstone from last on the grid.

“I am delighted to join the Arden Motorsport team”, stated Buller. “They have a great group of people onboard, after working with them over winter testing, I believe we can work well together and fight for the title.”

At Arden, Buller will join the previously-announced Red Bull Junior Team newcomer Pierre Gasly. In 2013, which turned out to be the final year of the partnership between Arden’s 3.5 squad and Caterham, the team took fourth in the teams’ standings with Antonio Felix da Costa and Pietro Fantin.

“Will was really competitive in FR3.5 at the end of the 2013 season obtaining some good consistent results even though he only came in half way through the campaign”, commented Arden principal Julian Rouse. “He impressed us a lot with this and showed some great potential when he tested with us in the winter, particularly in Barcelona. With that experience and a strong team mate in Pierre to push him along we have no doubt he can go one step further in 2014 and challenge for race wins. We are all really looking forward to working with him.”