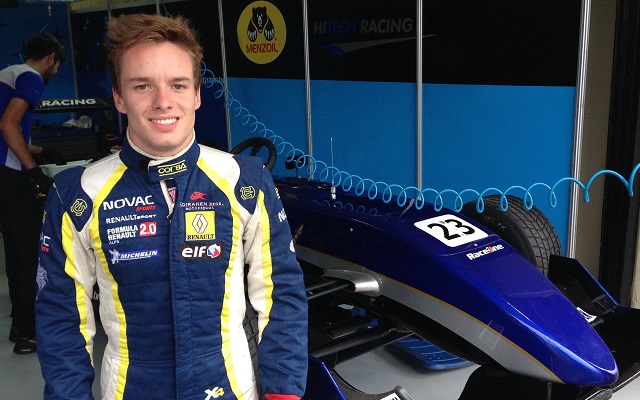 Victor Franzoni has spent the last two years in the European racing scene in Formula Renault 2.0 with Koiranen, but a promising 2012 was followed by a difficult second season. However, he is brimming with confidence ahead of a planned switch to the Road to Indy ladder in the United States. He spoke to PaddockScout at Interlagos on Thursday ahead of this weekend’s F3 Brazil Open,

What were your two seasons with Koiranen in Formula Renault 2.0 like?

In my first season with them, in 2012, I started badly, but I was still learning and we were racing the old Formula Renault car. In the second half of the year, I got a pole position and that was a great performance.

Last year, it was a new car for all the teams and we had some gremlins at the start. In winter testing, the car was great but it got worse in warm temperatures. By the end of the season, we got the performance back, but it was too late. Anyway, we scored some points and we were frequently near the top ten. So, it was a bad year in general, but there were some good moments.

You raced with Nyck de Vries last season. Was there any difference in team approach with the drivers?

They wanted to see all of us winning, obviously. But, when Nyck was faster, they supported him. When I was faster, then it was my turn to get the full attention. The biggest different was that he has McLaren’s structure behind him, so he got to work with Formula One engineers. So it was hard to race against him, but in the end we had the same machinery and similar pace and I learned a lot with him.

How challenging is it to race in the Eurocup Formula Renault 2.0?

Everyone says it is one of the most difficult series in Europe. It is around 30 cars, and 20 of them have a chance of winning a race. The drivers are very good and to be in the top ten is a very good result. 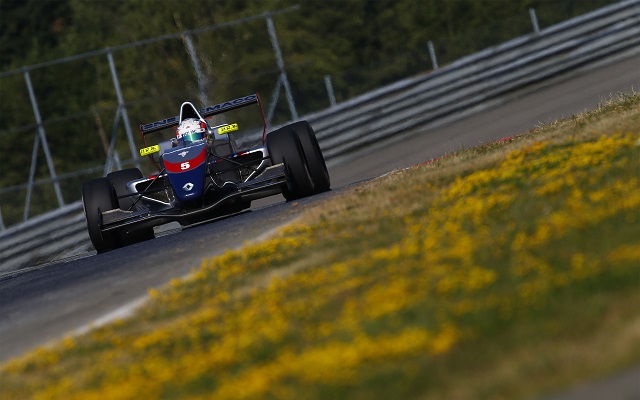 Were you surprised to see the likes of Oliver Rowland, Pierre Gasly, Esteban Ocon and other 2.0 drivers leading post-season tests in other series?

Not at all. Actually, every time I test in a different series, I’m given a bit of a discount because they know I drove in Formula Renault Eurocup. It gives me a good background. If you have a good performance in Formula Renault, then you will be fast anywhere.

You had talks with Draco in regards to testing in Formula Renault 3.5 machinery, but were ultimately absent from winter testing. What happened?

I had some talks with them because I am a Novac driver [the management company of Draco owner Guto Negrao] but, in the end, nothing materialized. There were other drivers that were looking to do the full 2014 season with Draco and I just wanted to try something new. So, it was better to move aside and let them test potential drivers.

You tested with Afterburn Racing in USF2000 last season. Are you leaving Europe?

We were looking everywhere. It is hard to get full sponsorship for Europe, because it is very expensive. In the the US scene, it is cheaper. We do not have the full budget to race in Europe, so right now we will try to race in the United States.

I had a good outing in USF2000 Chris Griffis Memorial Test in Barber. I was sixth after the first day but I was the fastest on old tyres. I am looking forward to 2014. It will be a good year for me.

Yes. Both the Winter Series and the full regular season. We just need to sign the contract.

Will you be racing with Afterburn?

Yes, they are a good team. They won some races last season [two with French F4 champion Alex Baron] and we had a chemistry in testing.

What do you think about Road to Indy program?