Why Bolukbasi was against the odds for a Euroformula debut splash 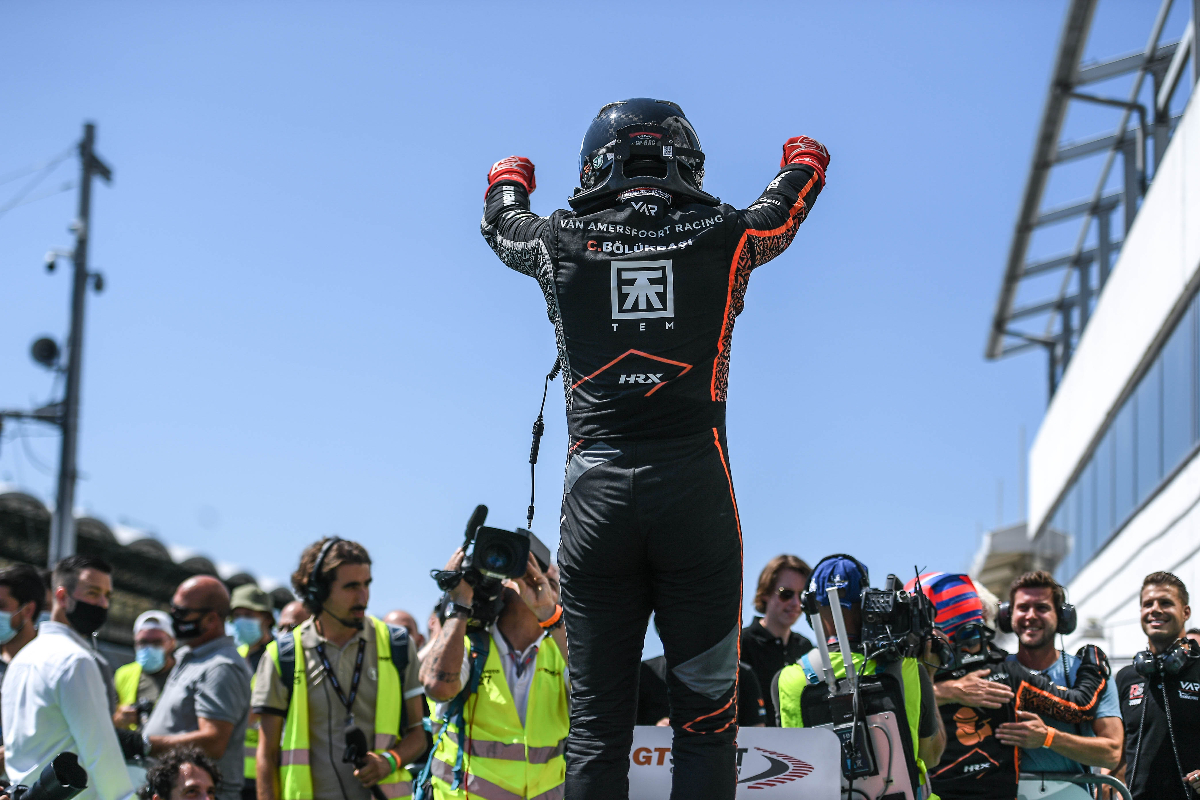 A lack of mileage was compounded by changing weather and tyre trouble, but a weekend of learning quickly turned into one of success for the Esports-famous Turk as he won on his Euroformula debut

Van Amersfoort Racing entered last month’s Euroformula round at Spa-Francorchamps with just one car, and unsurprisingly the data deficit to its opposition (one team had six cars on its books) left it trailing in getting a full grasp of the series’ Michelin tyres over a race distance on the Belgian circuit. At this level, where cars have fewer variables than Formula 1, data assimilation almost always contributes to performance gains.

Casper Stevenson, who drove the sole VAR entry, suggested at the time that there would be three cars for the Hungaroring and that “we’re a bit more of an army” when the car count increases. Three weeks later, he was proven right.

Cem Bolukbasi was signed to partner Stevenson and fellow rookie Rafael Villagomez, who had missed Spa due to clashing FIA Formula 3 Championship commitments, for the fourth round of the season after spending time in VAR’s simulator.

Bolukbasi is best known for his simulator racing exploits, having driven for Fernando Alonso and AlphaTauri’s Esports teams as well as winning last year’s virtual revival of Formula Renault 3.5 for M2 Competition.

After karting up to a junior level in his youth, he returned to real-world motorsport in 2019 with a team from his native Turkey in European GT4. That’s a programme he’s now racked up 20 races in, and he also has a European Le Mans Series start in a LMP3 prototype. As for single-seater experience, that totals one FR Eurocup race in 2019 (and one racing lap in another) and this year’s Asian F3 championship which was based entirely at Dubai Autodrome and Yas Marina Circuit.

When it came to Euroformula’s Dallara 320, Bolukbasi only “saw the car in the factory on Wednesday to do the seat fit and then drove the car on Thursday” last week, and the pre-event Thursday test took place in temperatures approaching 38°C which made managing the surface temperatures of the tyres incredibly difficult. Tyres he saw for the first time that morning. 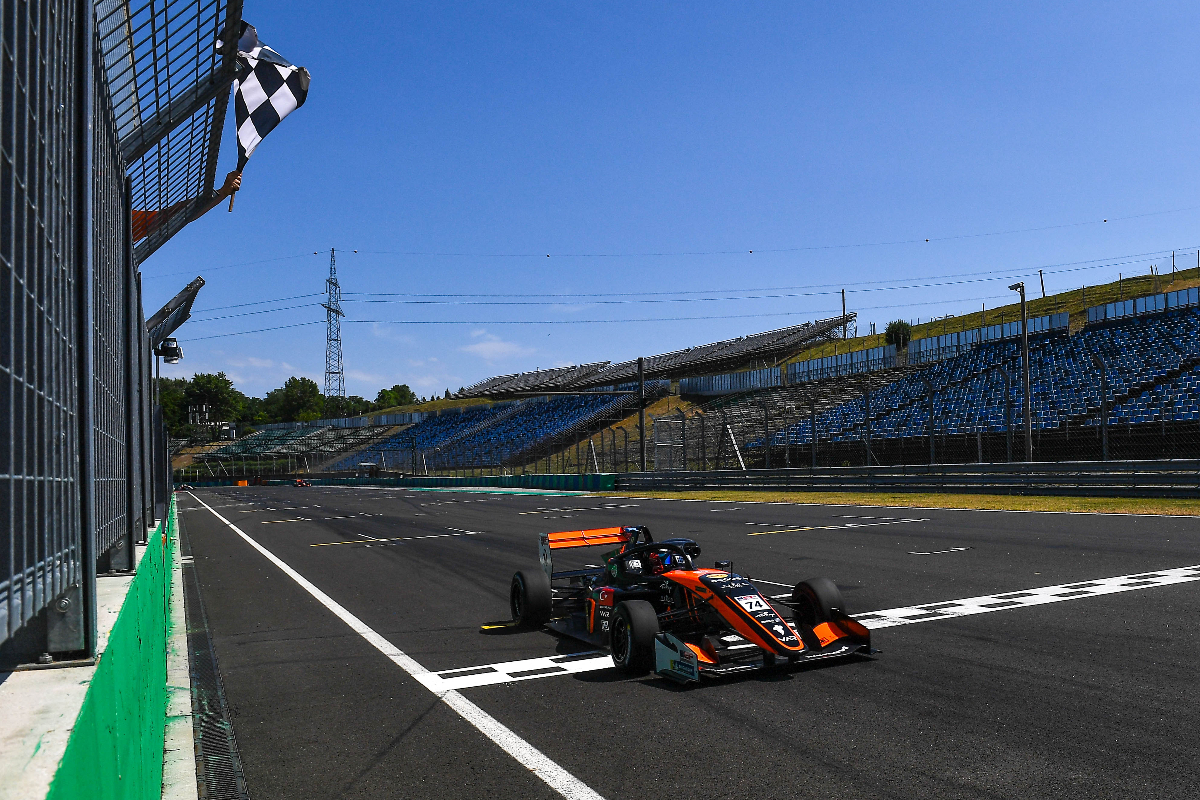 “It’s much faster in the corners [than Regional F3], I think power-wise it’s not that different, but understanding downforce, getting the feeling of downforce, controlling it; that took a bit of time on Thursday,” Bolukbasi told Formula Scout.

“But I really enjoyed it. The philosophy behind downforce is pretty fun, to be able to extract everything from the car especially. I honestly really enjoyed the car, so quick as well in the corners.”

The enjoyment of Thursday, where Bolukbasi was third fastest in the intense heat, was undone somewhat when the weekend began proper on Friday with two free practice sessions. Bolukbasi set the pace, but also only set nine laps and several were on slick tyres while in the rain. His other run was cut short by sliding overheating the tyres and rendering them useless.

“I didn’t torture [the tyres] because of the driving, I had a small spin and I just flat-spotted the tyres. But that kind of had a negative effect because I couldn’t do a race run before the actual race. So the first race run I did was the race I won.”

Bolukbasi qualified fifth on Saturday, and wasn’t brilliant off the line on his first launch in the car later that day. He was briefly down to eighth on the entry to turn one, but was up to fourth on the exit and into second place by turn two. When a brake failure sent Motopark’s Cameron Das out of the lead, Bolukbasi then moved ahead and took victory on his debut.

“Maybe it’s a good thing [I had no race run], it turned out well,” Bolukbasi said. “I trusted in the data the team had, I trusted their knowledge and experience in this, they told me how it would go, and I just trusted with my eyes closed. And it really was like that. The car felt great throughout the race.”

VAR’s form continued into the reversed-grid race on Sunday, where Stevenson controlled the pace at the front to claim his maiden win and Bolukbasi added another podium in third place. Then in the final race, Bolukbasi faced his first true wet running in a single-seater at racing speed after a mechanical failure ended his wet FR Eurocup race after one green flag lap. 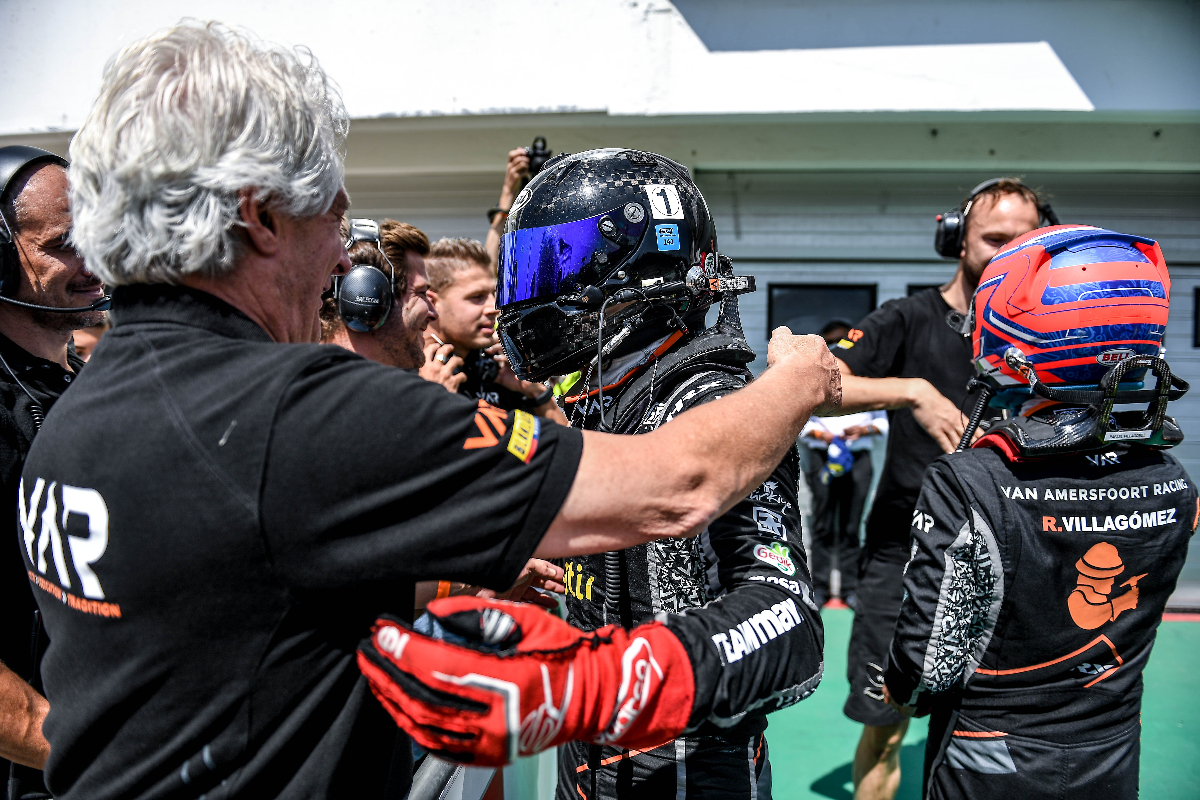 “We got quite a few points this weekend, despite the seventh place [in race three]. Which on paper isn’t amazing when you consider we had two podiums in the first two races. But in terms of rain experience and the pace we had, despite the race being pretty short, I think the pace was promising. I think if we do the remainder of the season if we can, we have a good shot at finishing high in the championship. So I’m looking forward to it.”

That’s the even more potent point about Bolukbasi’s Euroformula debut: his first weekend could also be his last. He signed only for the Hungaroring round, but unsurprisingly his immediate success – combined with his high profile in Turkey – has boosted the chances of a deal being done for the Imola round later this month and beyond.

“If you see me in Imola, it did have a positive effect, and I hope you do,” said Bolukbasi. “It’s looking good for Imola.

“If everything goes to plan I’d like to finish this season, and do a lot more practice, because that’s what I’m lacking. I haven’t done any test days in my life (outside of the Asian F3 season) except one. So I would like to go to more test days, and have more than eight laps a day before a race!”

Bolukbasi’s next Euroformula appearances will be with VAR, a team he is already feeling at home with.

“I love the atmosphere. Honestly the preparation, being on the simulator, using their gymn, their amazing factory. I’ve never been in an environment like that, so I hope I can stay in it. It’s a very professional environment that I’d like to [spend more] of my life at.

“The style is about the same, the work ethic too, but it’s the factories that change [when you move up the ladder]. Working with a team, I’ve never done that before with working, preparing in the factory before, and it really shows. We come here, first race we win out of nowhere, I don’t think we expected that, but it just shows that we prepared really well, and we’ll probably prepare even better for Imola.” 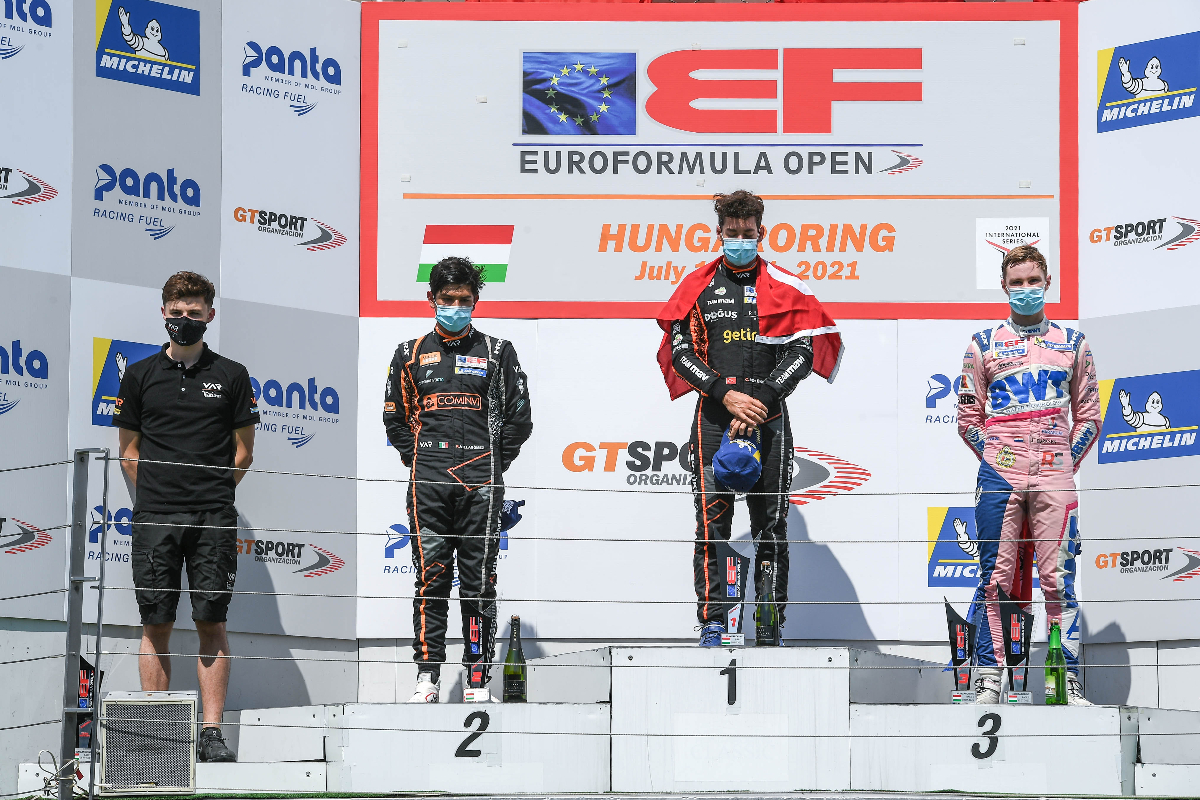 With another Euroformula campaign in 2022 a consideration if budget allowed, there’s also the continued GT4 programme that Bolukbasi has to take into consideration – as it also impacts his popular Esports efforts with the time he now spends travelling, racing or simply away from his home simulator which he now wants use more “as a tool for real racing”.

“I have a good relationship with the Borusan Otomotiv Motorsport guys, my GT4 team. It’s a Turkish team, so really proud to represent them as well. We don’t have any clashes with the Euroformula races [this year], and I’d like to continue there as well, maybe to GT3, why not? I think I can do both at the same time.

“I think as a career-wise I don’t want to focus on one thing unless it’s clear, so it depends on how it goes. But of course I’d like to do single-seaters more, I would like to focus more on that.”