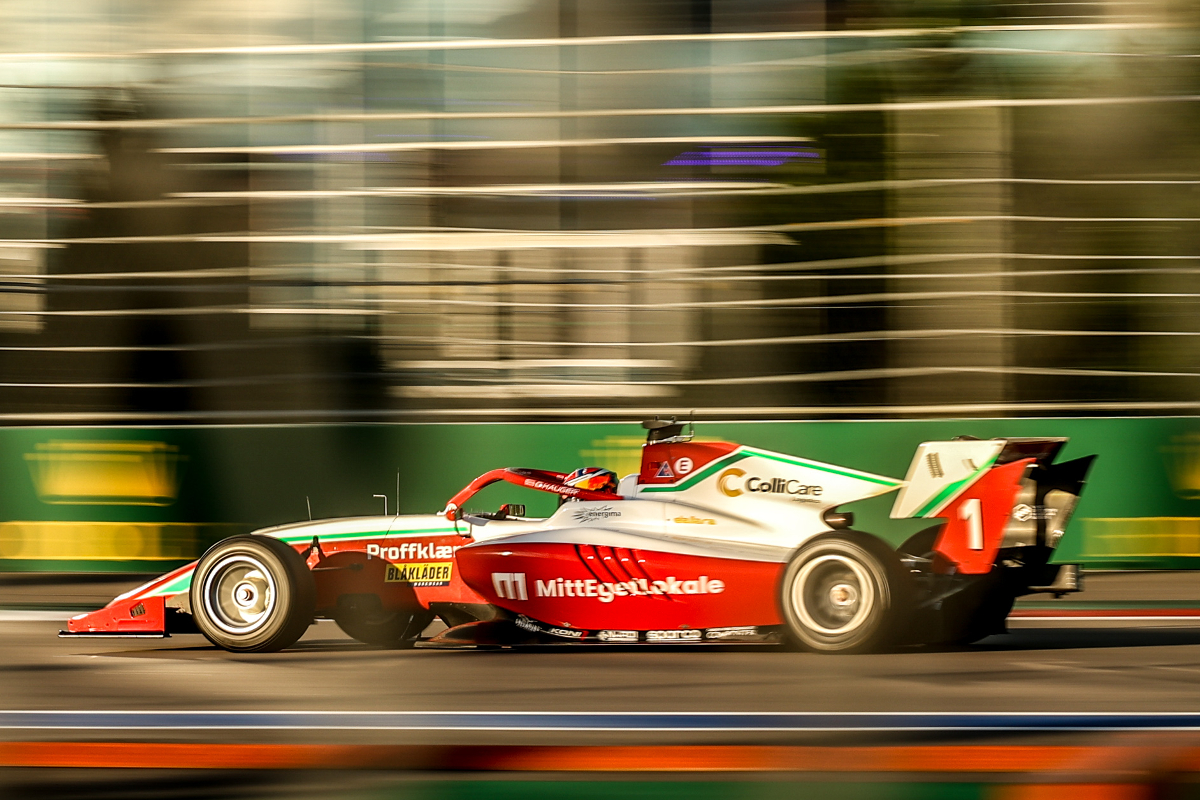 When FIA F3 entered 2021 with a new format and some seriously quick sophomore drivers in the top three teams, it was anticipated that Prema’s dominance may end. But it had a driver able to master the format

Decisive, clinical, methodical and just plain, outright quick. That’s the short summary of Dennis Hauger’s brilliant FIA Formula 3 title campaign. A cynic will say that the Norwegian – who scored just 14 points in his rookie season with Hitech GP – would obviously dominate when equipped with the all-conquering Prema package, but that would do Hauger a massive disservice.

It’s never as simple as just jumping in the best car and going quickly. A driver must gel with the nuances of the car set-up that a particular team may prefer, and with the small number of mechanics and engineers working on the car as well.

Hauger entered Sochi, a hastily-scrambled season finale following the decision to cancel the Circuit of the Americas visit following an increase in health service pressure in Texas due to COVID-19, with a sizeable points lead. He duly converted this into the title in a rapidly-rescheduled race one with a stellar second place, using the attributes he’d shown all year.

Ever since the first round of the season at Barcelona, Hauger’s had the advantage. At the Red Bull Ring, the home circuit of his primary backer, he looked near-perfect. There was a very rare blip for Prema at Spa-Francorchamps, but Zandvoort proved why he was destined to become champion after a showcase of excellence. His 2020 struggles feel a lifetime ago in a way.

After feeling he didn’t have the support he necessarily required, Hauger was unable to find a sweet spot with Hitech in 2020 – as he stepped up from a dominant Italian Formula 4 campaign, a narrow title defeat in ADAC F4 and a single appearance in Euroformula in his second year of car racing. 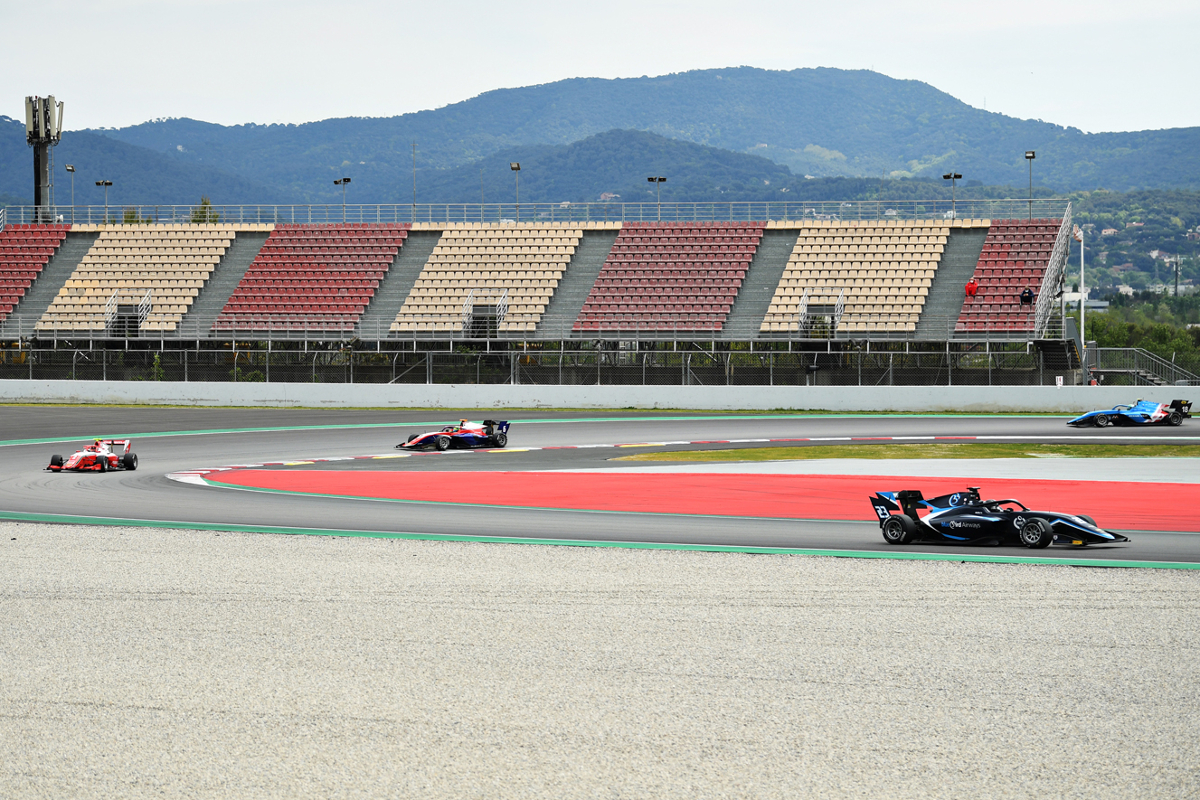 Moving to Prema helped elevate Hauger. Curiously, his main title rival and fellow Red Bull-backed driver Jack Doohan also moved to an Italian team, in the form of Trident, over the winter and began to thrive himself. Trident happened to be the only team to consistently rival Prema through 2021.

Among the wildcards for success were MP Motorsport and its Alpine-backed rookies Victor Martins and Caio Collet – fresh from their 2020 Formula Renault Eurocup title battle – while Logan Sargeant landed at Charouz Racing System at the last minute after his title challenge with Prema last year failed to lead to an F2 graduation. For emphasis on Prema’s previous domination, he moved from the team that scored 470.5 points to the one that scored just five in 2020. The title battle looked like it was going to be more open because the top 12 were now being flipped for reversed grids, and now those races contributed more points than the conventional ones as they were the first two races of each weekend in the new format.

All of those teams were in contention for victory in the opening round at Barcelona, where Hauger made his only major mistake as he clashed with Matteo Nannini in the second reversed-grid race while battling for the win. Regardless, he left with the points lead after a commanding race three victory. Smolyar and Caldwell took maiden wins in the other two races.

Hauger pointed to his Nannini clash as “maybe” being the sole regret of his season.

“I probably would have gone for it again, but in a more confident way,” he said. “Going more on the inside. But otherwise I think I learned quite a bit from it, and took it with me to the rest of the season and I think that’s clicked something in my head in terms of getting that consistency during the season. So, to be honest, I’m happy it happened.”

It was at Paul Ricard where Doohan was first able to really bite back, beating an unwell Hauger in the rain in Sunday’s race on the track. Vesti took pole, but ART GP struggled for performance when it mattered. Smolyar won again in the first sprint and Leclerc came from the back after a qualifying spin to take pole for race two, which he duly converted into victory. 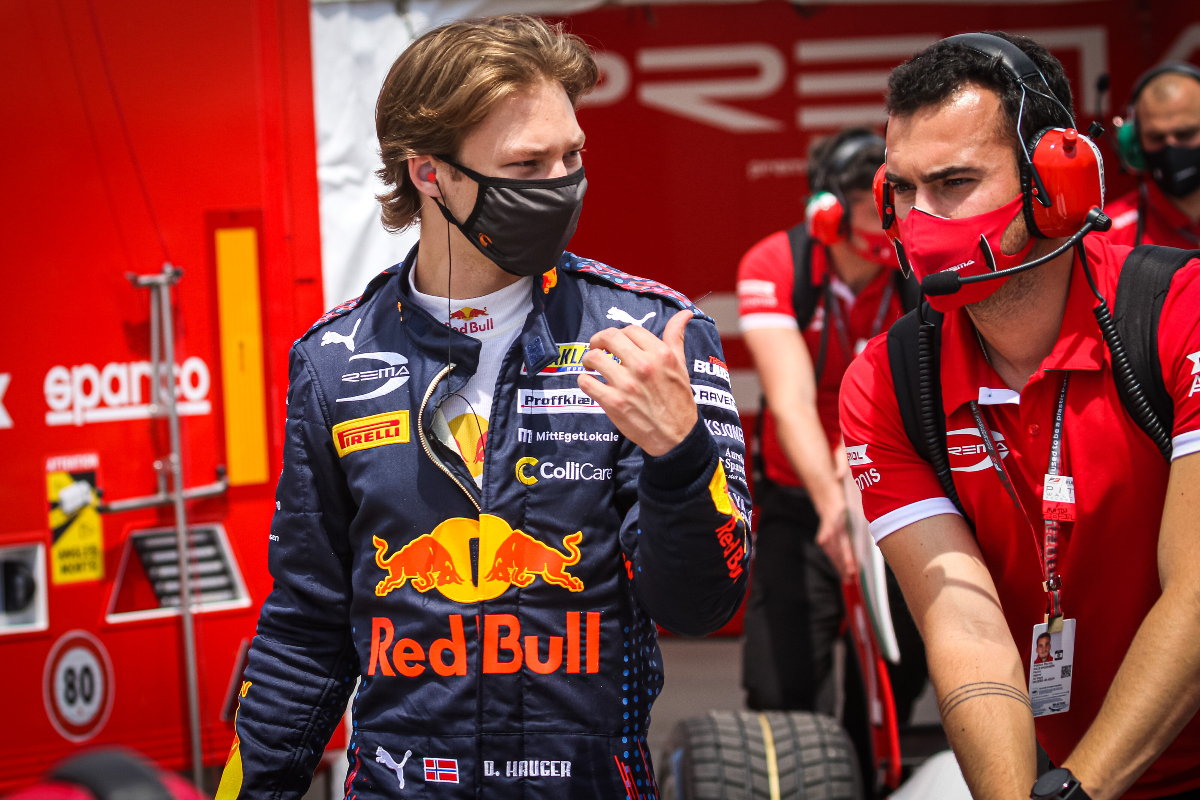 Hauger with his engineer Pedro Matos

Hauger’s most convincing weekend performance came two weeks later at the Red Bull Ring, where he took pole after Collet lost his best lap to a track limits offence. Starting 12th for race one, Hauger won in what was probably the drive of the season, and one of his self-confessed highlights. Schumacher won from pole in race two from Vesti and Hauger, who was investigated for a technical infringement that evening. After the late night (which ultimately resulted in a fine for Prema), Hauger was beaten by Vesti on Sunday. Still, he became the only driver to achieve a triple podium in a weekend.

The Hungaroring’s narrowness made its races somewhat tame, and Campos Racing’s Lorenzo Colombo took an emotional win for a team that had lost its founder during the off-season in race one. That was, until a safety car infringement penalty handed victory to Hitech’s Ayumu Iwasa. Hauger finished fifth, and Doohan was ninth. Nannini won race two as Hauger moved forward and Doohan slipped back, then in a wet race three Hauger was imperious as he overhauled poleman Leclerc to win.

Prema was off the pace at Spa, coinciding with a masterful Doohan display as he claimed back-to-back win from the front of the grid in races two and three, while Colombo won race one again and kept it this time. Hauger, meanwhile, struggled to make up positions in the reversed-grid race one and only picked up six points from the weekend.

But he was back on top at Zandvoort, storming to pole on a weekend where there wasn’t a clear pacesetter, and the only real stumbling block was a puncture sustained in race two (only for Doohan to spin out of the points moment later to nullify any damage done). Leclerc won race one after a brilliant start, and Martins charged from fifth to take an overdue win in race two. Race three convincingly went the way of Hauger once more and put him 43 points ahead with one round to go.

And it was in the first Sochi race where Hauger sealed the deal. He qualified down in ninth while Doohan stormed to pole, but the reversed grid favoured Hauger once Doohan was squeezed at the start and struggled to progress from there.

“I feel like I didn’t take any unnecessary risks per se, but I felt I had a decent pace,” Hauger said after securing the title. 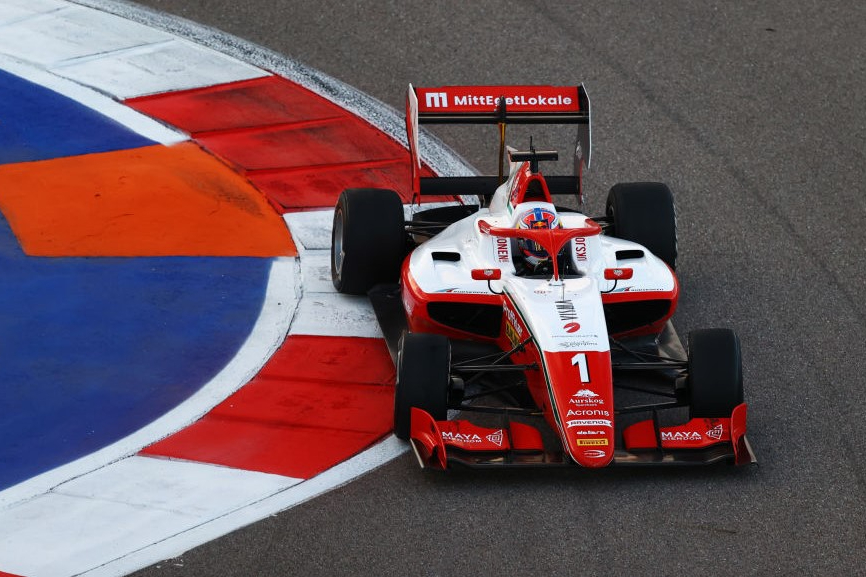 “From qualifying, where we particularly weren’t the strongest, we did some changes in the right direction and the pace was there. When you see a gap, you have to go for it, right? That was good fun and I enjoyed racing around there, it was really cool. A few positions up and happy with it.”

Those changes, which meant the title was wrapped up with two races to spare, were to do with Sochi’s unique track surface.

“We weren’t as strong as in qualifying overall as a team, and the track changed quite a lot from free practice to qualifying, so it was a bit unexpected that it was changing that much. It was a bit hard to make any big changes before that, but heading into the race we knew we had good race pace and we just had to adjust from the track temp and track grip. We were quite confident going into this race, so it was just a matter of staying calm and then going in from there.”

Hauger complimented his former British F4 team-mate Doohan and a standout rookie too as he spoke to the press post-race.

“Jack is the closest one in the championship, and he’s been really quick at times, and then he’s struggled a bit more at other times. I think that’s where we gained at being consistent there. But it’s been tough where we haven’t had the best weekend, he’s had a good one, so we really had to just keep building it up the whole season. It was a good fight all year long with several drivers, so it was great fun.”

He added: “With the reversed grid as well you’re always fighting against quite a few different people. But for example, Victor [Martins], we had quite a few great fights this year, like at Zandvoort for example. He’s done a really good job as a rookie as well. There are several people I could bring up but, in the end I’ve just been focusing on what I can control at the time.”

To compare his triumph to his predecessors Robert Shwartzman and Oscar Piastri would be unfair. FIA F3 has diverged from what it was for its first two seasons, and Hauger’s fight has not been within Prema, but with other teams. And whereas there were areas in the previous two champions’ games where they lacked, Hauger’s campaign didn’t really have any of that. 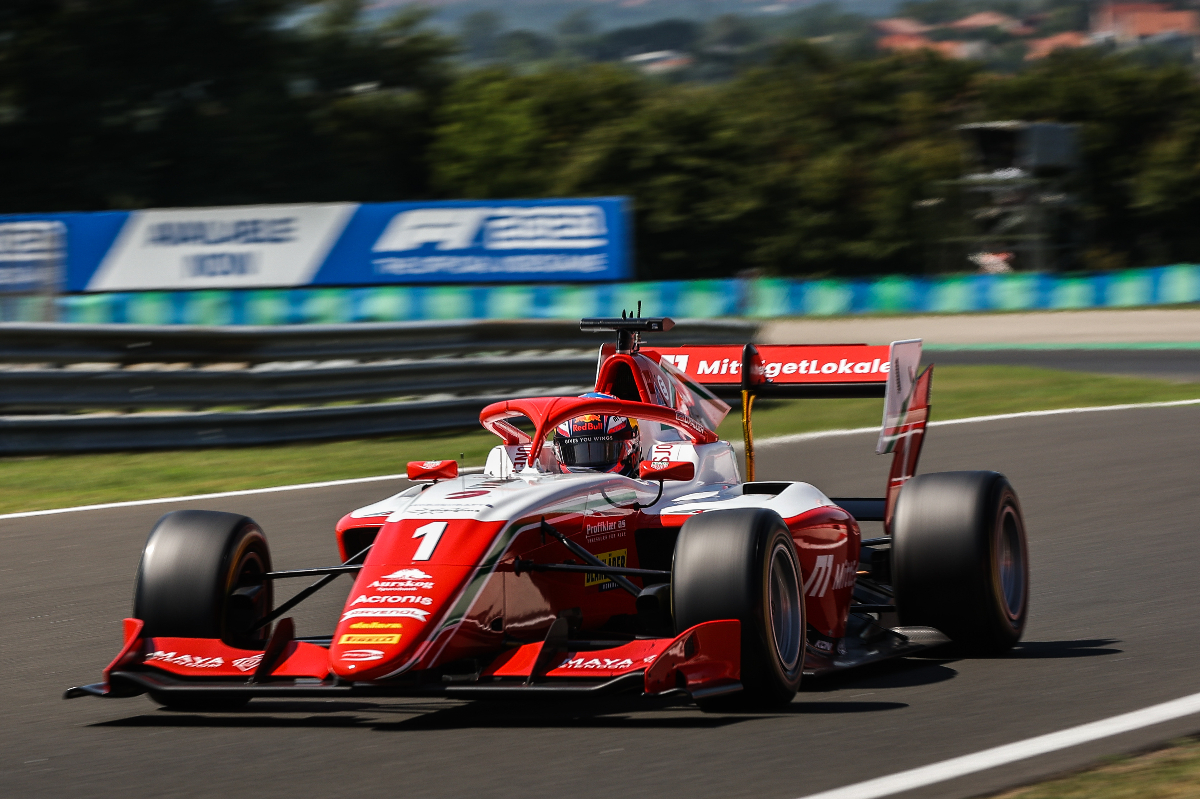 Formula Scout asked if there were any key factors to his FIA F3 bounceback being a title-winning one.

“I’ve not thought about that too much actually,” Hauger said. “I think we did really good in the races to get up there always and be consistent up at the top. Obviously also qualifying has been good this year with three poles. We’ve always been up there and that’s been the key this season to keep that consistency, especially with the reversed grid. It’s a mix of everything, in the end.”

His self-assessment is spot on. Hauger was outstanding in qualifying – a big key to his success despite the increase in reversed grid races – and the way he methodically picked cars off when starting further back was sublime in most cases. Quite often, it was silky smooth rather than overly robust, and nobody had a complete answer for what he was able to bring to the table across the year. If Prema has sailed through the Spa rain like Trident had, there is every chance Hauger would have been crowned at Zandvoort.

There were the minor blips, yes, but in a championship designed to be as tough as this season has been, that Hauger was so convincingly in the mix for wins at six of the seven rounds is a testament to the abilities that he has developed.

There will inevitably be critics who downplay titles not achieved in a rookie year. But simply put, most drivers – including ultra successful ones – take two or more years to master a particular level. More often than not, they carry that momentum up the ladder and make an impression from the get-go on the next step, applying what’s learned from the previous one.

Formula 2 is Hauger’s next destination, and Prema would be a perfect fit for him as it was for super rookies Shwartzman and Piastri. Ironing out on-track vulnerabilities and making marginal gains in qualifying, mixed with the combative racecraft shown this year, will make Hauger a serious force in 2022 when F2 reverts to being on a more ‘normal’ format.