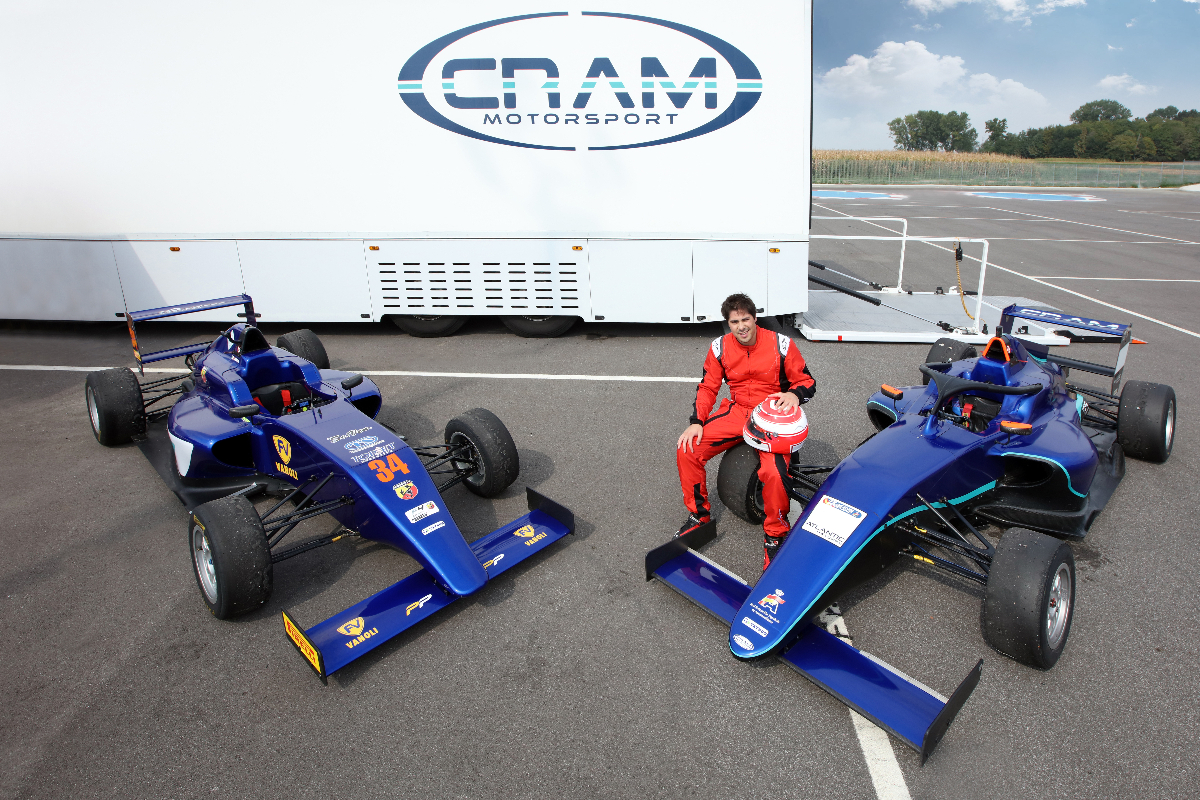 This year Formula 4 introduced its second generation of cars. But how different does the new era feel in the cockpit? Italiaracing’s Mattia Tremolada found out in an exclusive test of Tatuus’s Gen1 and Gen2 chassis

In 2022 the feeder series world welcomed the second generation of Formula 4 machinery, which heralded the mandatory incorporation of the halo cockpit protect device and room for hybrid compatibility. These features have safeguarded the category’s presence for many years to come, but what is the driving experience like between Gen1 and Gen2.

It all started as a game when the Rosei family invited me to have a go in their brand new simulator, located in the historic factory of Cram Motorsport in Erba, a town near the famed Lake Como in northern Italy. As an amateur sim racer I couldn’t really decline the call and I enthusiastically embrace the adventure.

It should have been just a fun morning outside the daily routine, but after a few laps I was already very comfortable and managed to reach the benchmark pace set for real-world drivers when they visit the simulator. This was despite it being my first time driving with a car model built in the rFactor sim software.

From that day an idea was born in my mind. I wanted to go out on track in a Formula 4 car, and I wanted to do it with both the brand new Tatuus T-421 and the manufacturer’s previous-generation T-014 chassis that has been raced across the world since 2014, for a one-of-a-kind comparative test.

The ambitious idea was made possibile thanks to the help of Gabriele and Simone Rosei, who are now at the head of the Cram team founded by their father Marcello. Despite their enthusiasm the test was still not easy to realize, as Cram’s schedule is quite dense.

The team is racing in the F4 championships of Italy and Spain, so its T-421 chassis are in use week-in, week-out for racing and testing, and the old T-014s have already been sold on.

There are up to eight years of consistent use on many T-014s, although the chassis that were raced from Italian F4’s creation in 2014 and in other series after that had by 2021 been put out of use entirely by crashes, put into testing use only after a few seasons or sold to other teams for the same purpose once the mileage racked up as teams would then purchase replacement tubs or full cars direct from Tatuus to ensure their race cars were as fast as possible.

The chassis that have survived, and ended up on the market, have now found a new life in Britain’s new GB4 series and Central Europe’s ACCR F4 Trophy, and with gentleman drivers in Formula X Pro Series and Italian F2000 Trophy, as in the case of Sergio Conti. He’s an enthusiastic gentleman driver who bought a T-014 from Cram in February 2022, and was so kind to borrow it to myself for the occasion of our test.

“The first-generation F4 car is the best choice for someone who, like me, is just looking for some fun without spending too much money, but still with high-level safety and quality,” Conti explained. “It doesn’t need too much maintenance, so it can be run by a small team. This also allows you to keep the cost very low. Compared to the Dallara Formula 3 and the Formula Renault 2.0 that we compete against in the F2000 Trophy, the F4 has a great handling, but obviously on the long straights it suffers the lack of power.”

The chosen day for the test was Tuesday, August 30, and it was going to take place at Cremona. While it’s a venue that isn’t raced on in junior single-seaters, it is used all year round by F4 teams for testing. It’s a technical track, with a challenging and narrow sector one and then a sequence of high-speed turns. The most difficult corners for a rookie like me certainly are turn one, that with the F4 is flat (or at least should be as I never experienced it), and the last braking point where in just 75 metres you have to decelerate from 137mph to 68mph.

For me it really was the first time out on a racetrack. I could only rely on many, many hours spent on iRacing, a few experiences on the professional simulators of Formula E manufacturer DS and Avehil, more than 100 races in the local rental karting championship and a day with the Porsche Driving Experience at Franciacorta, albeit in road cars. 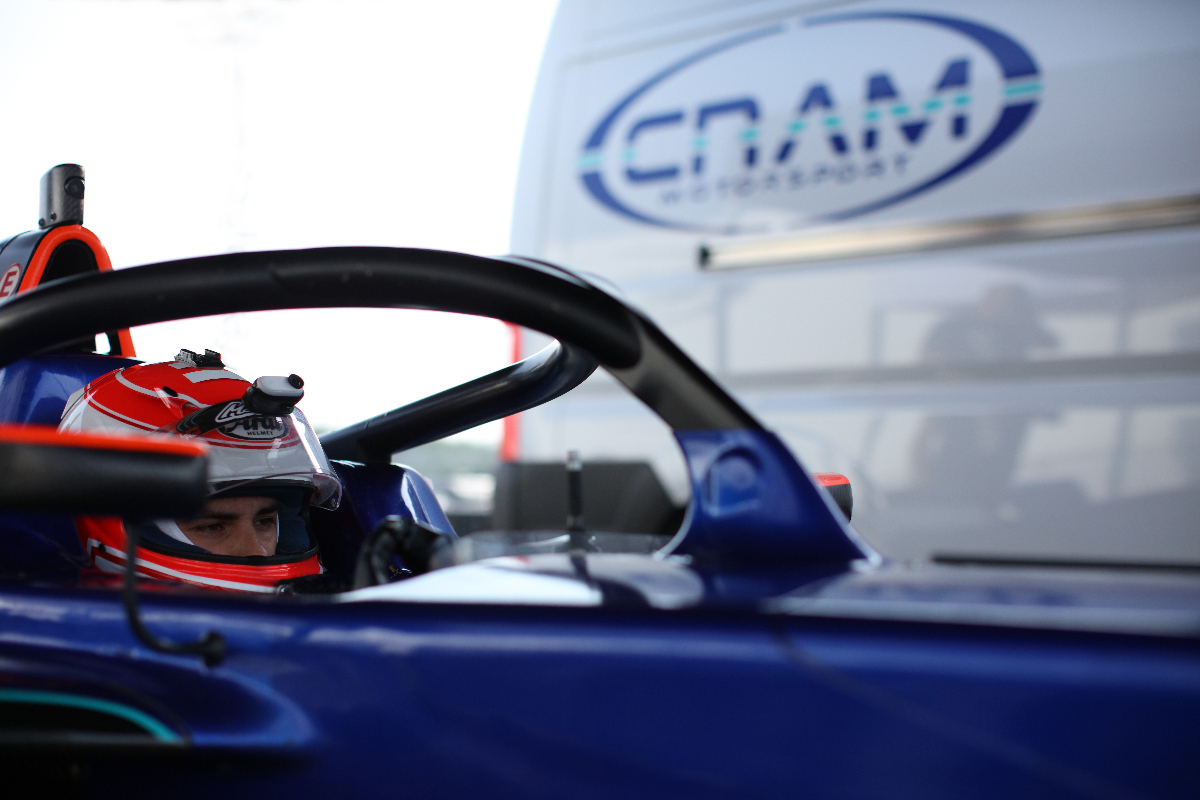 The day before the test I went back to the Cram factory in Erba, where for the first time I jumped in the Tatuus T-421 cockpit. It was quite tight, but after changing the seat for a bigger one (when a team buys the T-421 it has to also buy three seats of difference sizes) I started to feel comfortable.

We arrived at Cremona early the next morning and decided to start with the T-421, which then had to go to Motorland Aragon for the next Spanish F4 round that weekend. That meant I would be driving a car in Spanish championship spec, with PFC brake pads instead of the TM Performance ones used in Italian F4, and Hankook tyres rather than Pirellis.

I took a very gradual approach, trying to build my speed step-by-step, focusing on doing everything well and avoiding mistakes. During the first few laps I tried to warm up the tyres to the correct temperatures, getting up to speed very slowly. I hit the brakes hard with a big peak and only when the wheels were straight, then I trail braked into the apex to help the rotation of the car. At the apex I then came off the brakes and started to push the throttle pedal, also this time very progressively and just once to avoid multiple instances of weight transfer which can affect the balance of the car.

Lap after lap my confidence grew, despite being frequently overtaken on track by other drivers who were testing, such as Ferrari Driver Academy proteges Maya Weug and Laura Camps Torras, or Niko Lacorte, who was about to make his F4 race debut at the Red Bull Ring the following week. After reaching my 10th lap I started to push a little bit more, setting a 1m37.27s laptime. I immediately managed to improve to 1m36.97s, then to 1m36.52s and finally to 1m36.10s just before the checkered flag was waved on the half-hour test session. To give you a benchmark, Weug on a set of new tyres (and with fewer kilograms in the car) set a 1m31.70s, so after just 10 laps I had already been within 107% (1m38.12s) of the absolute pace, the standard usually used for determining if drivers are too slow to race.

In the team’s tent in the paddock I looked at the onboard footage with Simone, who engineered Andrea Rosso to three wins in Italian F4 with Cram in 2020. He showed me some major mistakes, which I though I could easily correct in the following session. For example, I was not in the perfect position when I had to brake for turn two and I went early for the apex in the final hairpin, compromising the exit.

Unfortunately the track was quite crowded and in session two, after needing a few laps to bring the tyres up to the correct temperatures, red flags forced everyone to the pit. After a long stop, we could go back on track, and I only got as far as the tyre warm-up phase again when another red flag put an early end to the session. It really was a shame to waste this time with the car because it was the last session I had in the Gen2 machine.

For the third session it was time to switch over to the T-014. The cockpit looked a bit wider, even if the three different seat size available with the new car really allow every driver to find the perfect position at the wheel. Also, for the ergonomics of the driver, the pedal unit allows adjustment to each individual pedal, rather than moving the unit as a whole, in the T-421.

As soon as I got on the power with the T-014, I could feel that the Gen1 car is lighter and the torque is a bit better too. In the first sector, the car was also more responsive and snappy. The T-421 is heavier because of the new safety features, such as the FIA-mandated halo and the side anti-intrusion panels that were rolled out across single-seater car designs after Anthoine Hubert’s fatal Formula 2 crash in 2019, as well as pre-formed absorption foams that fill the space between seat and shell.

The fact that the T-421 is heavier makes it more similar to a Formula Regional, Formula 3 or even a Formula 2 car compared to its predecessor. Mercedes-AMG Formula 1 junior Andrea Kimi Antonelli, who leads the ADAC and Italian F4 standings, also admitted in a recent interview with Italiaracing that tyre degredation has now come into play in half-hour F4 races due to the change of car (which has been particularly noticable in Spanish F4), which is something that will also have to be managed in the bigger categories.

One similarity of sorts between Tatuus’s two designs is the fact that the T-421 has an overall greater extension of the underbody, which generates more downforce. So while the T-014 is more reactive and has a better rotation in the corners, meaning you can theoretically have greater exit speed, the T-421 allow the driver to carry more speed in the fast corners. 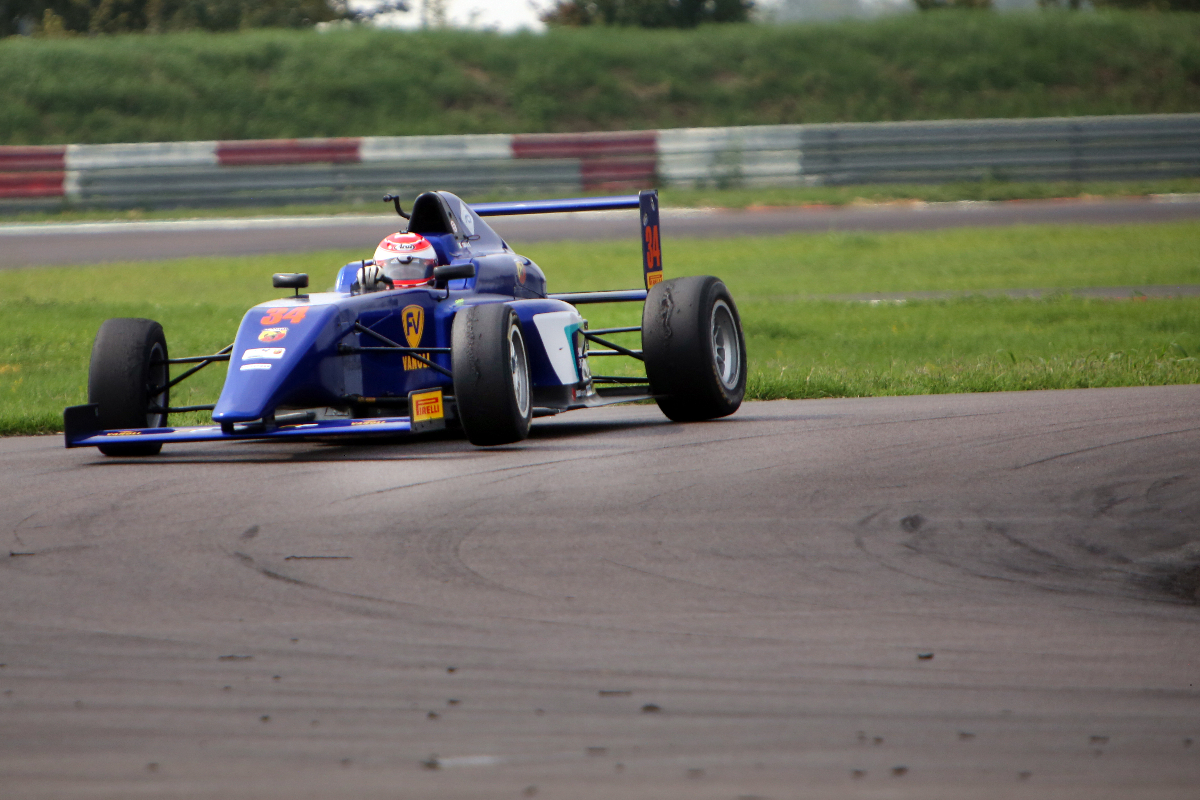 A big difference between the two cars is the braking. The Gen1 car requires a pressure of 110 bar and, as it’s lighter, the stopping distance is shorter. The brakes of the T-421 are a lot better, which means that the driver must apply a lower pressure, about 80 bar, pressing the pedal in a similar way as you do with a road car.

The feeling with the T-014 was immediate, and after a couple of warm-up laps, I managed to set a 1m36.29s, just a few tenths slower than my best laptime in the first session. After an innocuous spin, the session was stopped with a long period of neutralization, which unfortunately brought an early end to my experience.

So, in the end, the T-421 represents a more similar concept to a FRegional car – another category where Tatuus’s chassis is the most widely used – as it is heavier, more powerful and equipped with major aero. It’s closer to the new FIA safety and building standards. It certainly is a crucial step for the FIA-sanctioned F4 championships, which are opened to 15-year-old drivers coming from karting ad aspiring to become professional drivers in the sport.

On the other hand the T-014 is still an extremely formative and fun car that, thanks to the tiny cost and its simplicity, has found a second life in the hand of the gentleman drivers who wants to just have fun in the amateur series. And if you head over to Denmark, Malaysia or Mexico, you can try your hand at racing it aged 14 too.