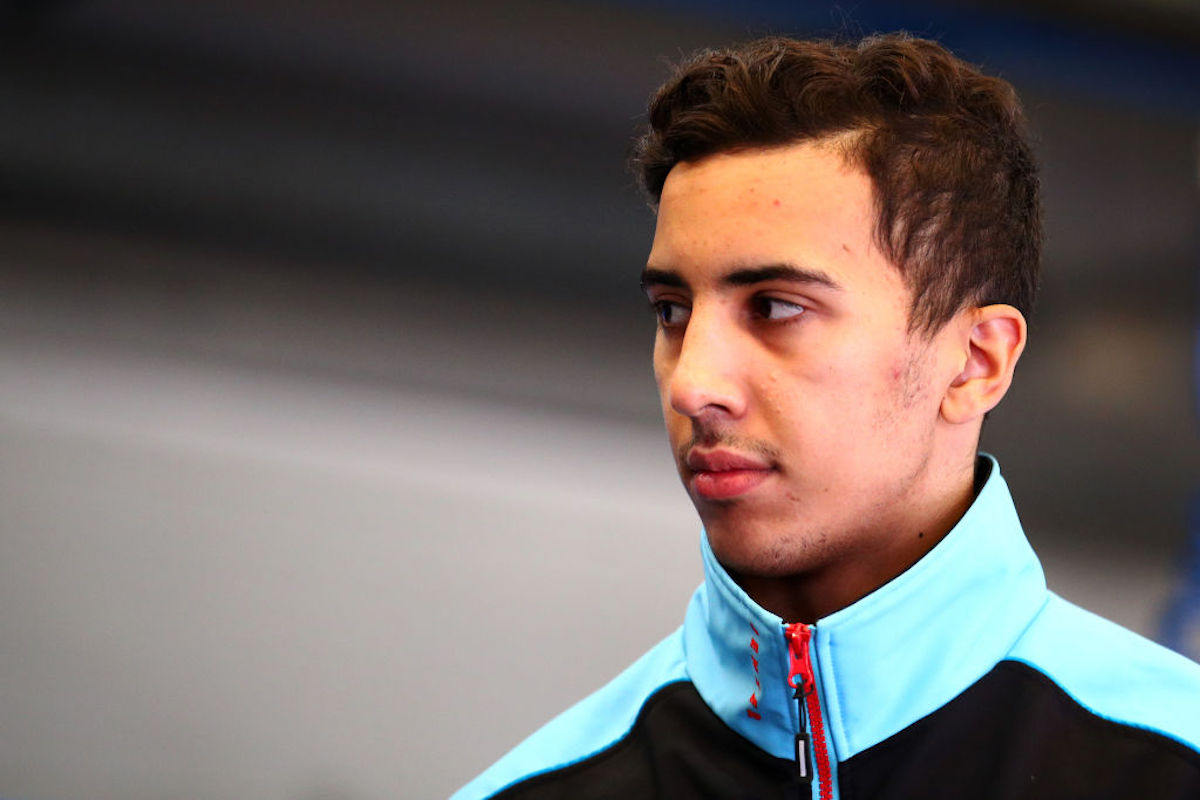 William Alatalo’s rookie season in FIA Formula 3 with Jenzer Motorsport has certainly been a bumpy ride, with the crests and troughs seeming to increase in magnitude as the season reached a climax

Despite being harshly self-critical on social media, the Finnish-Ethiopian driver has earned plaudits for his progress through the year, peaking with fourth on the road in Monza’s finale, before, not for the first time, the imposition of track limits penalties dropped him to seventh.

Formula Scout sat down with him in the paddock to discuss his season, adapting to F3 and what the future holds.

The move up from Formula Regional European Championship, where he finished 11th with Arden in 2021, to F3 was definitely “a big step up,” he admits. However, a second season in FREC was never a realistic option: “In the end if I want to be good in FREC I have to get to a top team. Finding a budget for this championship, which is much more well known internationally, was definitely easier. And I’m already 20, so it’s not like I can keep driving in those smaller categories for ever. I had to step up.”

Looking back on the year,  he says: “I definitely would have hoped to have a bit more points in the bag. I know I’m in a rookie season but still I guess I hoped for a bit better results overall.”

Team boss Andreas Jenzer recognises that Alatalo “is a talent”, adding: “We saw in FRegional that he’s a very good guy. He’s [been] a bit messy in qualifying [but] I think the speed in the car is there. He just needs to clean the edges…”

Alatalo agrees that poor qualifying has been the area which has really cost him. “It’s definitely more in quali than race pace,” he says. “The race pace has been OK,” although characteristically he also concedes that “of course, I could have driven better”.

“At the beginning of the season, especially like Bahrain and Imola, even though I was in the points in both races, I could have done just much better by my driving, especially in the qualifying and then after [I was] struggling to be one with the car and to find a good balance for me. 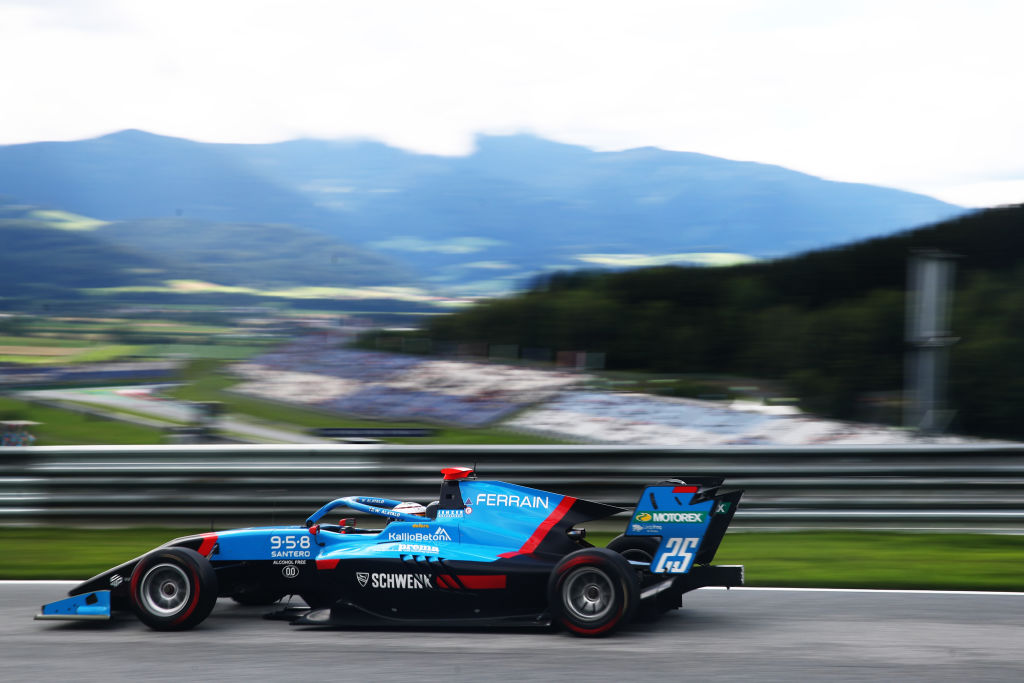 “It’s been kind of weird,” he explains. “Like I don’t really know how the car feels like. Normally racing cars understeer or oversteer but for me it has been a little bit of both. I normally like to drive a little bit oversteery car.”

Between the first two rounds, where “I just couldn’t deliver in the quali”, and round seven at Spa-Francorchamps he struggled to find an optimal set-up, even to the point where “going into some corners I don’t really know what’s going to happen when I turn the car in”.

Getting on top of the series’ Pirelli tyres is a challenge for all F3 drivers. While tyre management “could have been better” by the summer break he felt that he had: “Learned how to do it, how to warm up the tyres and how to cool them and get them into the right temperature. Alright, it’s not perfect still but that’s not the big issue that I have.

“Definitely, if I would just get the qualifying right, I think we would have been at least fighting for the points all the time. The race pace has been fine, even compared to the top drivers.”

Alatalo’s racecraft has been evident from the start of the year. In Bahrain the deletion of his best qualifying lap for track limits, a recurring theme in 2022, dropped him from eighth on the grid for the feature race to 18th, but with a storming drive he climbed to ninth to score his first points.

“That was really good start to the season,” he adds. “I didn’t even expect to be right there.”

Jenzer was also impressed with his charge’s drive. “Going to top 10 and getting points was a great effort in racing,” he told Formula Scout.

Round two at Imola was an almost complete carbon copy. He lined up 18th again after another track limits infringement demoted him seven places, in the process costing him a front-row start in the sprint race, he charged through to take another point. 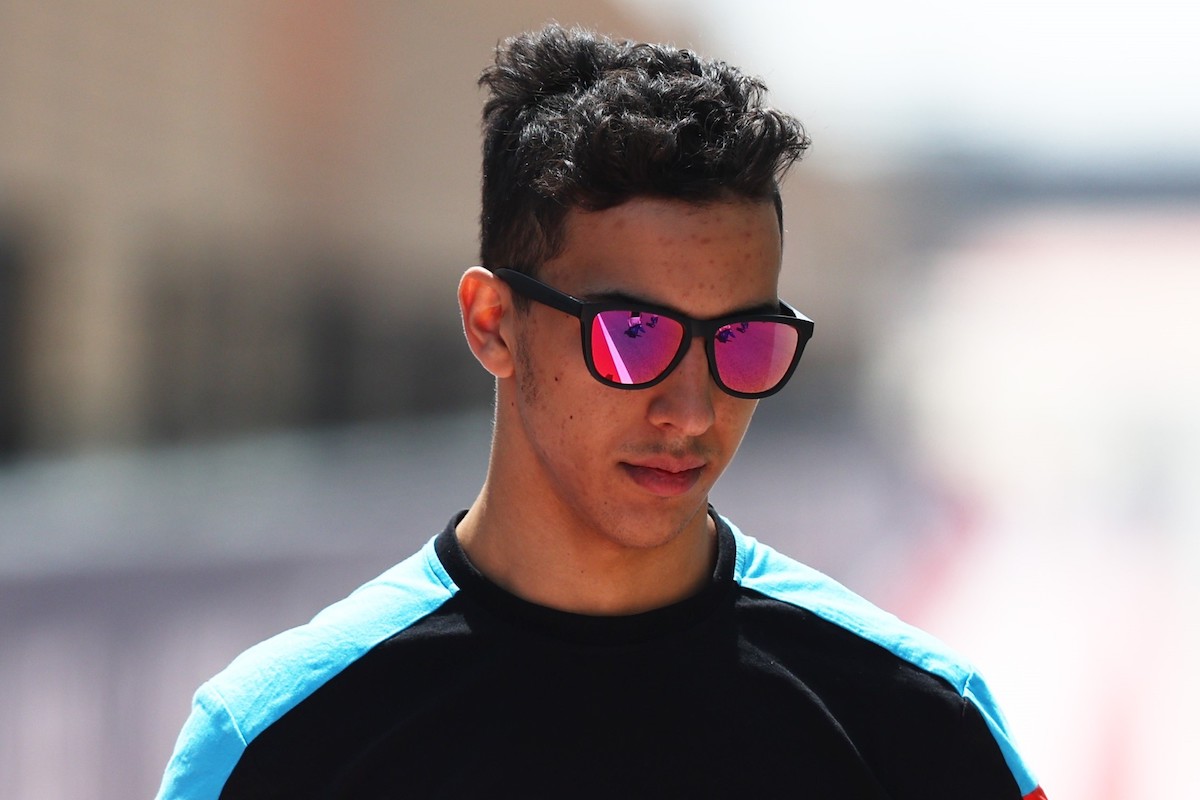 He agrees that on “starts and first laps, I think I’ve always gone forward”, adding “and if I haven’t, then during the race I’ve gone forward”.

After quiet weekends at Barcelona and Silverstone, he returned with a bang, literally, at the Red Bull Ring when an engine failure cost him another strong finish: “I was running P12 and then on lap seven or eight just an internal failure.”

In the feature race next time out at the Hungaroring, “I should have pitted for slick tyres, and I didn’t”.

“Okay, we were talking with my engineer on the radio and that’s what we decided, so [it was] also my choice not to change the tyres. It was the wrong choice and I guess I regret that.

“I couldn’t get sleep for the next two days because I knew if I had pitted for slicks I would have been definitely like top five or something like that.”

Either side of a calamitous weekend at Zandvoort where he was involved in incidents in qualifying and both races, he shone at Spa and Monza to finish the season on a high. In Belgium he was visibly carrying enormous speed through Eau Rouge and Raidillon as he again battled his way up the order.

Despite losing four positions after running wide at La Source at the restart in the sprint race, which caused him to berate himself on social media, he finished an outstanding sixth, following it up with another points finish, this time seventh, in Sunday’s feature race.

In the season finale at Monza, Alatalo finally timed his qualifying run to perfection, to grab an outstanding seventh place, his best result of the season. Running sixth in the sprint race, another poor safety car restart led to him ultimately being jostled out of a top-10 finish, but the feature allowed him to demonstrate his overtaking prowess, slipstreaming past Jak Crawford for fourth on track.

“I guess the faster circuits must suit me,” he quipped after Monza. 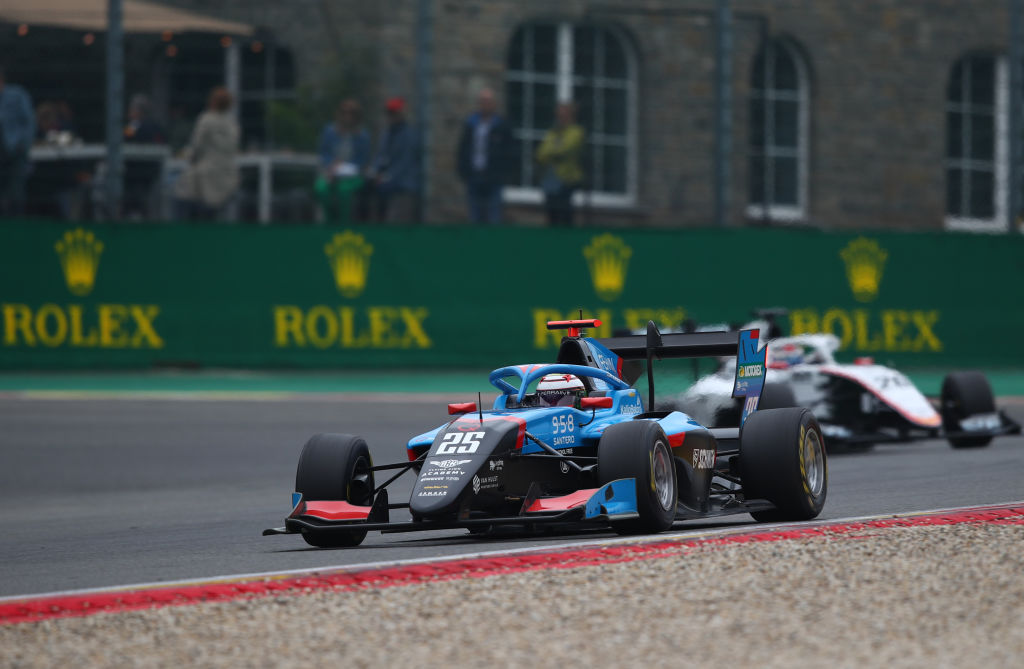 Alatalo established himself as the de-facto team leader against his more experienced team-mates early in the year. “I guess I’ve been the fastest on the team but still there’s a lot for me to improve,” he says, acknowledging that he has been able to learn from their data when “some of the styles they took is a faster way around the corner”.

As a rookie in a smaller team, would having a more experienced team-mate have accelerated his development?

“For sure it would be also a big help if there would be a driver who would be fighting in the top 10 and always little bit faster than me,” he accepts. “If you see clear data how he actually does it from every corner then you know more where to improve than if you’re just trying to improve yourself.

Now that the season has ended, his immediate plans revolve around his compulsory military service back home in Finland. “I have six months of army in Finland, so I have something to do for the whole winter,” he jokes. Fortunately, he is able to serve in a “kind of sports army, I guess you can call it, and so if you have race weekend, test or simulator you can get away from it so it’s not like I have to stay there for the whole six months”.

But there’s one bit about military service that he can’t escape.

“I hate the cold. I don’t like cold weather at all. Normally Finnish people prefer it plus 20, I like it plus 30 or even warmer.”

To make the thought of a military barracks in the Finnish winter even tougher:“I also hate the dark. In the winter it’s always dark; there’s only sunshine from 9am to 3pm basically. But I don’t have a choice: I have to go there or go to jail, so I prefer the army.”

Beyond that, another year of FIA F3 is “definitely an option, I want to stay in single seaters, that’s for sure”. At present, alternatives such as prototypes or GTs are not in his plans as “I still feel I have something to give in single-seaters, but where and what championship and which team, I don’t know.” 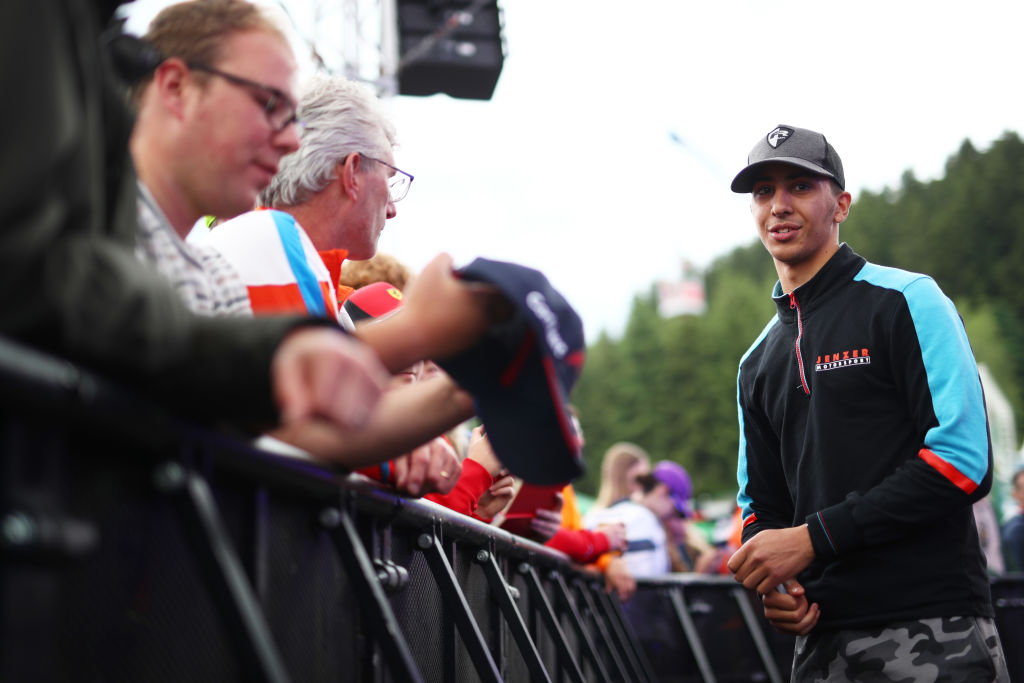 As ever, career progression is dependent on budget and Alatalo says that he doesn’t “really have much money to even think about next year”.

“Of course, I’m trying to find sponsors and investors and if I find them then then it’s easier to go forward from there.

“In Finland the market is not huge. We are a small country, five million people so it’s not like someone wants to just give you hundreds of thousands. It’s really tough.

“I got into this sport it was my choice and I’m not packing up. Nobody has to be here. It’s my fault that I’m here basically. I like to drive and if I find money I drive, and if I don’t, I don’t drive, so in the end it’s quite simple.”