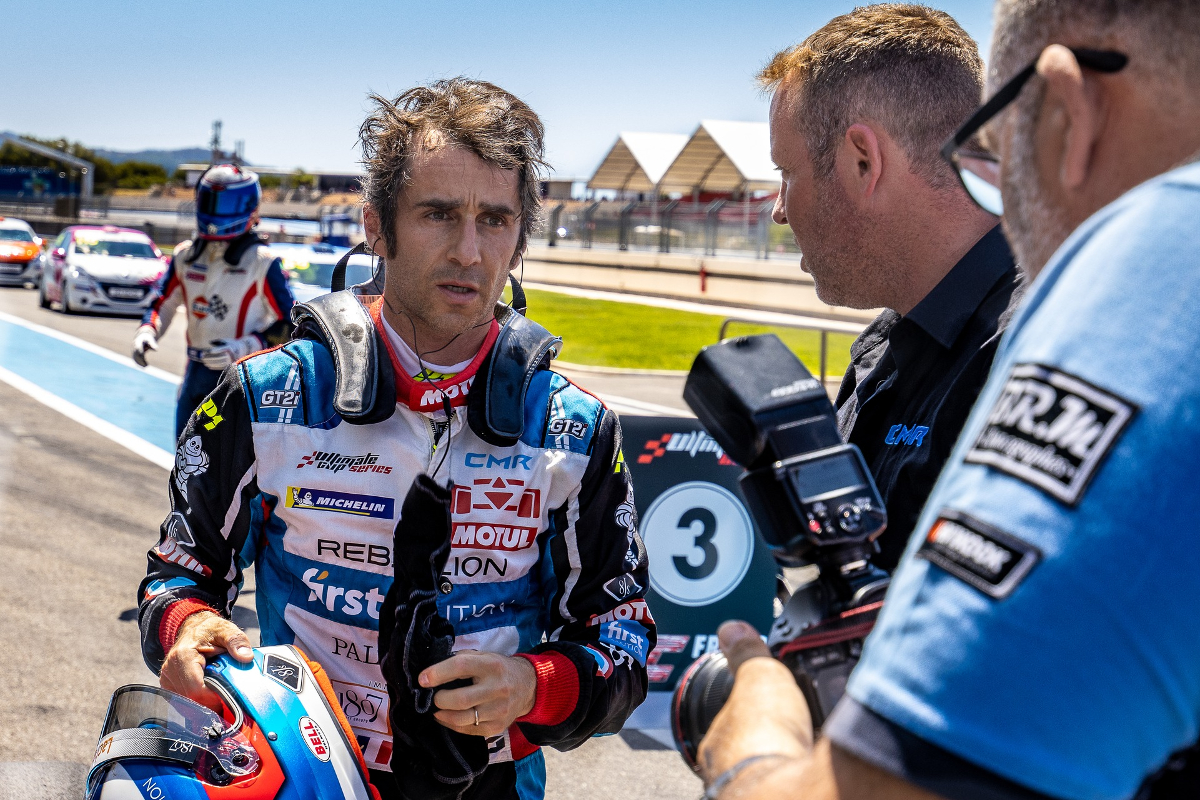 Alain Prost and his son Nico have now won single-seater titles as drivers in five different decades. The family’s latest success wasn’t in F1 or FE, but in one of the few remaining Renault-powered junior series

If Formula E’s sixth most successful driver ever, who is also a Le Mans 24 Hours class winner and champion of Auto GP and the Andros Trophy’s former electric class, announced he would make a full-time return to single-seater racing and in a junior series no less, you would expect quite a bit of fuss.

But Nico Prost’s surprise comeback to open-wheelers in the Ultimate Cup Series Single-Seater Challenge didn’t make headlines outside of France, and was actually only brought into the spotlight once young Dutch karter Laurens van Hoepen (who is supported by reigning FE champion Nyck de Vries) started doing Formula Regional European Championship testing and it was noted that he had raced in UCS already and against none other than Prost.

Prost’s comeback began at the end of last April, as the UCS season kicked off at Paul Ricard. He was driving a Renault-powered Tatuus T-318, just like the ones used in FREC, and there was also a class for old Formula Renault 2.0 cars.

“Just so happy to be back in a single-seater, loving every second,” Prost said after free practice, in a car that was delivered to his CMR (Classic & Modern Racing) team just a few days prior. “Solid first day topping every session. Focus, keep pushing.”

Prost was fastest by 1.868 seconds, and that pace advantage continued into qualifying and first race. He took pole for race one by 2.394s, and on second-fastest laps claimed race two pole by 3.239s.

The first one was converted into a 10.272s win in the wet on his first race in a single-seater since 2018, with conditions then getting so treacherous with fog and rain that race two had to be put back by a day.

Again he won, by a massive 35.340s in race two and 20.440s in race three ahead of Graff Racing’s gentleman driver and sportscar regular Eric Trouillet. For Prost it was a big pleasure to be back in a formula car. 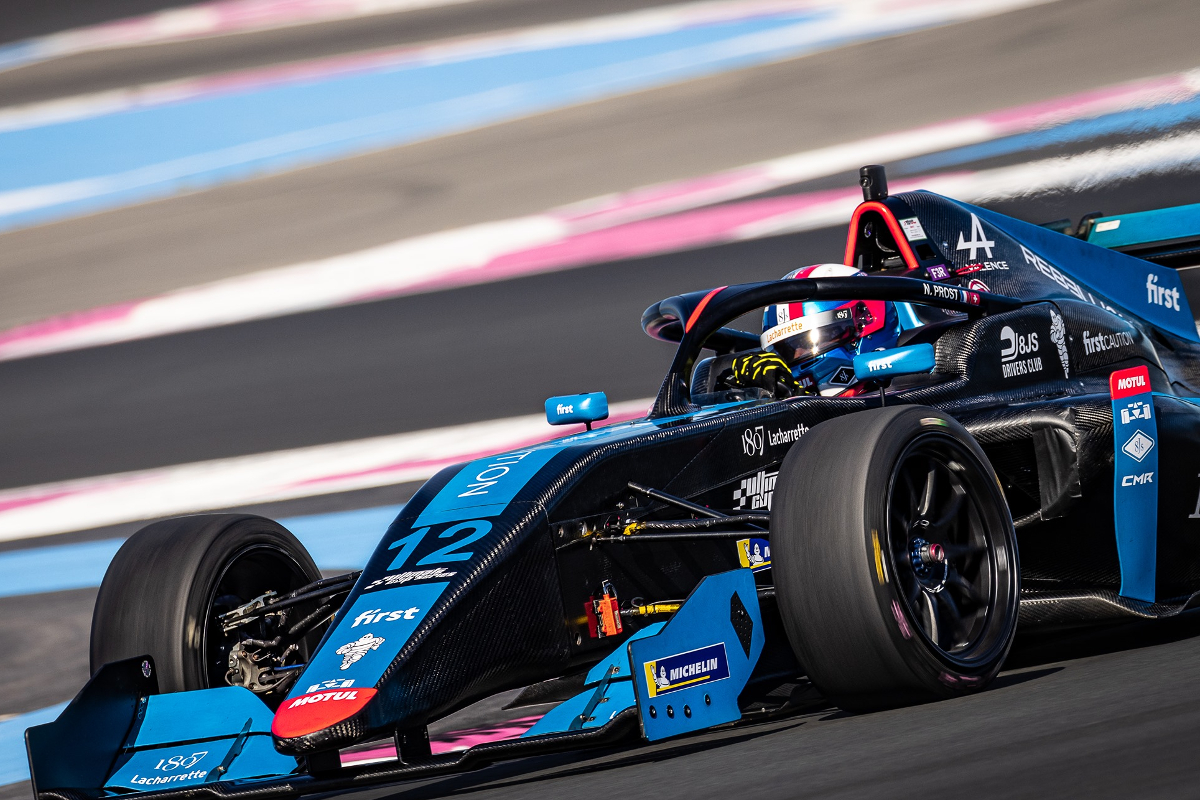 There was proper opposition in round two at Dijon, as French Formula 4 race-winner and two-time Alpine Europa Cup champion Jean-Baptiste Mela joined the grid with the same Autosport GP team that runs his Alpine car.

Mela was within half a second of Prost in qualifying, and finished only 1.757s behind in race one. The next day he was able to end Prost’s run of success, passing him on lap one of race two and then holding him off to win while in race three Prost passed him for the lead on lap two but a last-lap engine misfire allowed Mela to slip back past.

UCS returned to Paul Ricard for race three, with rounds abroad cancelled due to the COVID-19 pandemic, and Mela pipped Prost to pole by 0.095s. On second-best laps for race two, he was ahead by the tiniest margin: 0.001s.

In third for Graff was Dylan Young, who spent eight years in the MRF Challenge series before finally winning there in 2019.

Mela held off Prost to win race one at Paul Ricard, with Prost admitting his pace was “not fantastic” as later in the day he was then beaten again by 5.547s. Mela did the triple in race three on Sunday, and Young beat Prost to second place.

After some testing through summer to get more used to the car, Prost went into round four at Le Mans in September knowing he had a big job on his hands. Mela and Young were on the grid again, but it also marked the debut of van Hoepen with Graff and he had other commitments during the weekend.

Last year he progressed into shifter karting and came seventh in the WSK Open Cup for KZ2 karts, and also made a big impression in his UCS appearances. 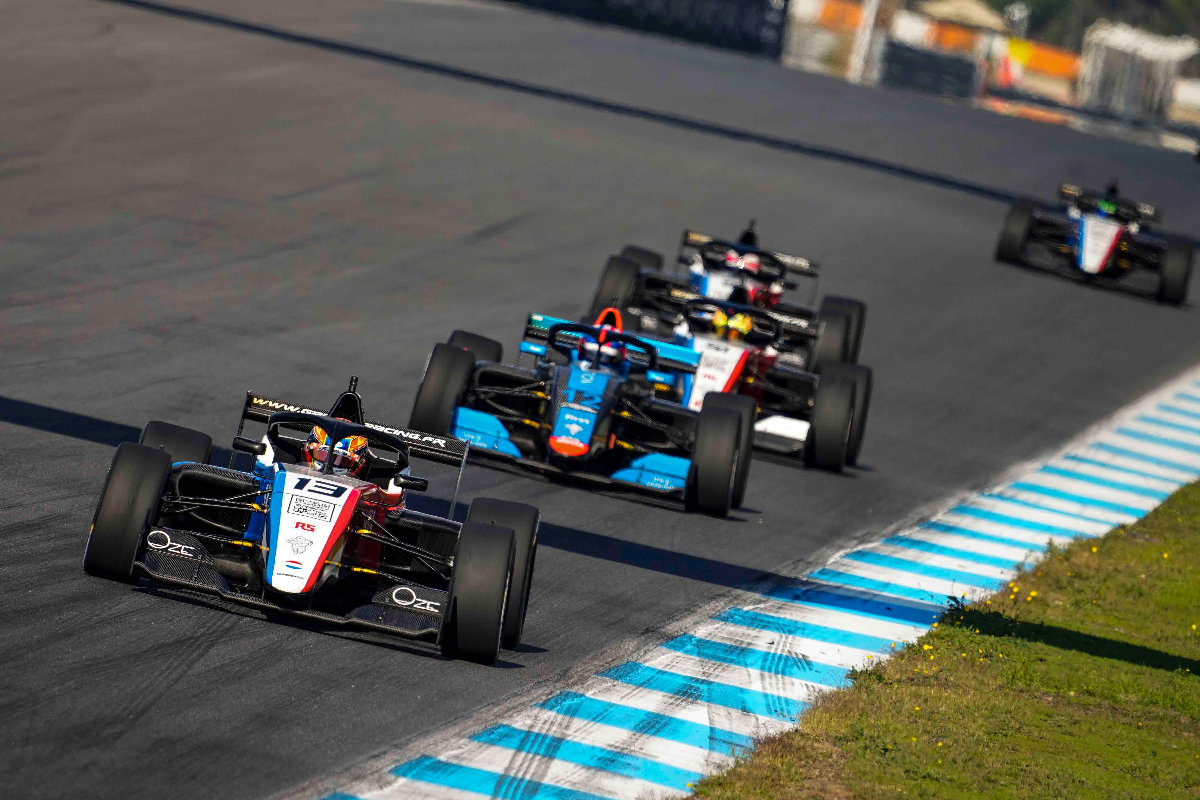 He took pole on debut by a quarter of a second, then fought with Mela through race one. Mela managed to win, but van Hoepen did attempt a last-lap move to reclaim his lead as he finished second while Prost shadowed them in third.

Prost denied van Hoepen in race two, the latter doing an impressive job to finish second after spinning in a collision at the Dunlop chicane with Mela, and then took to his other commitments. Post-race he got on a private jet and flew to Ledenon to share an Alpine A110 with Rudy Servol in French GT4. The CMR pair won the Pro-Am class and finished second overall in race one, but didn’t meet the chequered flag in race two. It was still two wins at two circuits in one day.

In Prost’s absence at Le Mans, van Hoepen earned his first win in race three ahead of Young and Theo Vaucher.

While there was no Mela at Magny-Cours, Prost had a new team-mate in Carmen Jorda. The Spaniard is best known for her three seasons in GP3 in which she scored no points and a 50-race stint in Euroformula that peaked with two ninth places. She has been linked to a return to that series with a team that currently competes far further down the single-seater ladder.

Jorda was a 8.704s off the pace in qualifying, behind four FR2.0 runners, while van Hoepen beat Prost to pole by 0.014s in a red flag-interrupted session. Van Hoepen headed him in the first two races too, while Jorda’s tricky racing return continued, then Prost just beat van Hoepen in race three to earn his long-awaited first Magny-Cours win 16 years after first racing there.

The season finale was the one round abroad not called off, and ran at former Portuguese Grand Prix venue Estoril. It started well for van Hoepen and Jorda, as the teenager took pole by 1.211s and the latter halved her pace defecit to him.

Van Hoepen then turned his qualifying pace into three fine victories, while four-time Formula 1 world champion Alain Prost told his son to “take it easy and just bring back the crown” over the weekend and so a more risk-averse strategy led to two thirds and a second for Prost but enough for him to be crowned champion by 103 points over Vaucher.

A half-season full of podiums brought van Hoepen up to third ahead of gentleman driver Luis Sanjuan, while Mela ended up down in 10th in the standings. Race Motorsport’s Franck Seeman won the FR2.0 class title.

For the second season in a row, 17-year-old Jorge Barrio won the Argentinian FR2.0 title and remarkably he actually claimed both titles in the same year after the pandemic led to the 2020 season concluding in February 2021.

He won 10 races, had five other podiums and five pole positions through the 2021 season, with eight of his wins coming in the ‘Final’ races on Sundays. It was only in the final two of the 10 rounds was he beaten in those races and he picked up his other two wins in the sprint races of rounds eight and nine at El Villicum and Autodromo Oscar Cabalen.

In addition to two FR2.0 titles, Barrio also won Argentina’s second-tier TC2000 tin-top championship and is now one of the country’s biggest rising stars. Isidoro Vezzaro was runner-up to him in single-seaters, winning the sprint race at the new San Nicolas circuit as well as the season finale at Buenos Aires.

Nika Racing kept it in the family in Formula Nordic as the title in the Sweden-based 1.6-litre series was won by William Karlsson, son of Nika team boss Nicklas Karlsson who himself was once a successful racer having won the 1997 Nordic Formula 3 title and starred in Swedish touring cars.

It was the younger Karlsson’s second year in single-seaters, and he kicked it off in style. He topped qualifying for the first three rounds, each one including three races.

He won the first two races at the new Skelleftea track, then was beaten by WestCoast Racing’s Philip Victorsson in the final race of the weekend, but did the triple at the high-speed Falkenberg track. A first, second and a sixth at Karlskoga left him with a comfortable points lead at the season’s halfway point as Victorsson fell ill at Falkenberg and had to miss two races.

What made Victorsson’s job even harder going forward was rounds four to six consisted of two races each, and a win in each of those rounds while Karlsson only got one at Anderstorp wasn’t enough to get near him in the points table but did secure the title runner-up spot ahead of two-time race-winning privateer Elias Adestam. 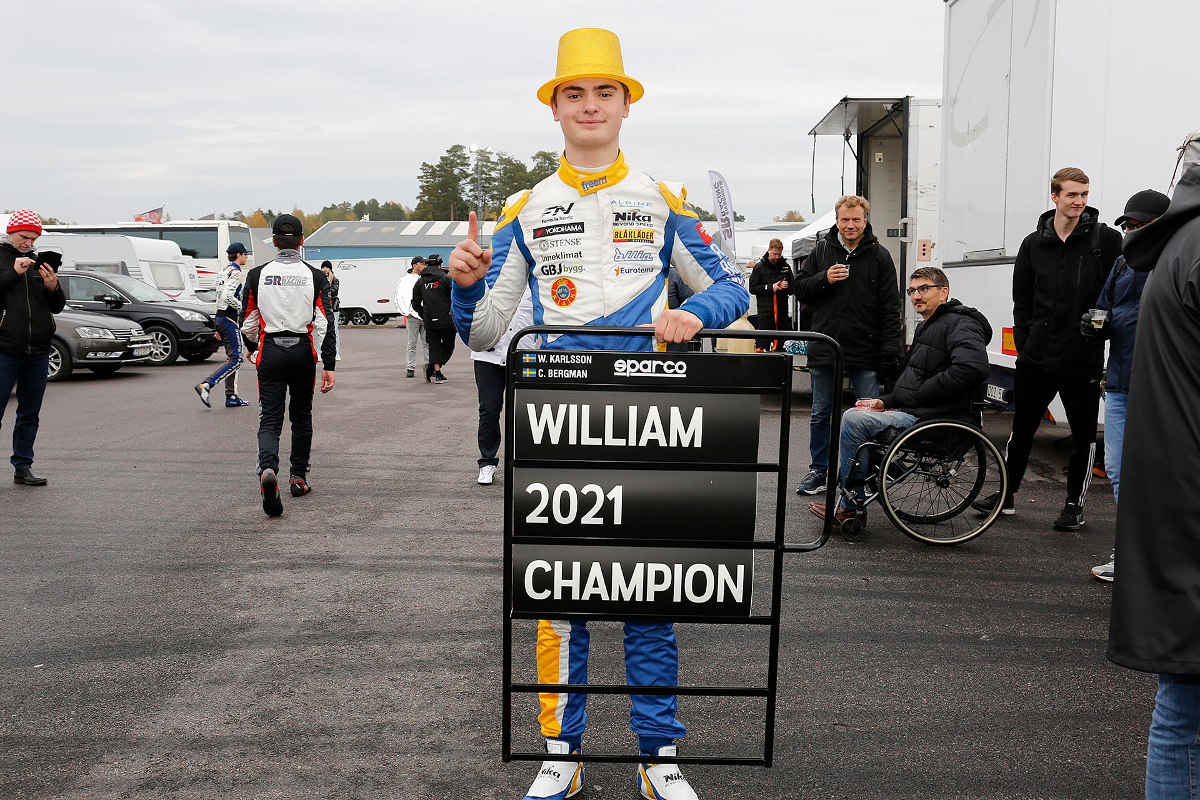 Two years on from coming second in the Austrian FR Cup, international veterinarian doctor Norbert Groer went one better in 2021 and won the series by doing three of the six rounds. Half-points were usually awarded due to lack of entries, and he won once at the Salzburgring and twice at Vallelunga to beat former FR Northern European Cup racer Robert Siska to the crown.

There was no FR2.0 action in Asia last year as the FR Asiacup, now known as Formula Regional Asia Series since announcing its planned introduction of FRegional machinery, had to cancel all of its rounds during the pandemic. That is the second year in a row that has occurred, and there was supposed to be a new Circuit Hero Formula Race series at Zhuhai open to FR2.0 and F4 cars but it too failed to get going.