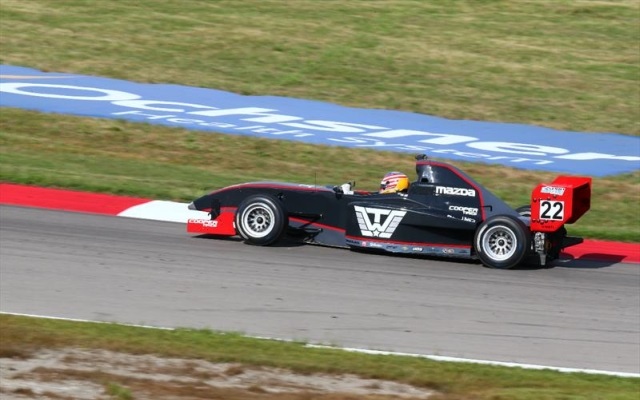 Having topped all five testing sessions of the weekend, Malaysian Weiron Tan raised no eyebrows by claiming pole position for the Pro Mazda race at NOLA Motorsports Park.

After several changes in the lead, Tan stormed to the top at around midway through the session and then improved further to put himself out of reach for his rivals.

The championship leader and the sole race-winner of the 2015 season Neil Alberico had a low-key session as he spent most of the running outside the top ten and had to settle for ninth at the end. Formula Renault 2.0 NEC graduate Raoul Owens completed the top ten.