The first of the ‘main-season’ championships to get underway, Auto GP begins for 2012 at Monza this weekend. We take a look at the drivers to look out for…

After helping to relaunch Romain Grosjean’s career in 2010, 2011 was the year that saw Auto GP really emerge as a series for young drivers. There were exciting young Italian talents in the form of eventual champion Kevin Ceccon, as well as race winners Giovanni Venturini and Samuele Buttarelli. There were also impressive campaigns from the likes of Sergei Afanasiev and Adrien Tambay.

Theoretically that quality should have improved again this year. But at first glance it doesn’t seem to have done, with less drivers that look like exciting prospects to us. That might be a result of a globetrotting calendar with three of the seven rounds outside of Europe. But regardless of that there are still some names to keep an eye out for… 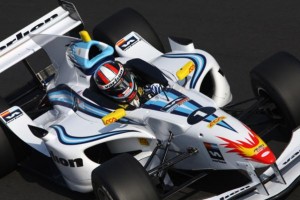 Adrian Campos would usually be a man who could be relied on to give exiciting youngsters a chance, having launched the career of Fernando Alonso. However, judging by this trio, his accountant has clearly had a go at him for running the budget-less Adam Carroll and Adrien Tamby together with his own son at the back end of last season.

20-year-old Argentine-Spaniard Facundo Regalia leads the lineup. Combining Auto GP with a season of the European F3 Open with Campos, Regalia comes to Auto GP after finishing tenth in Italian F3 last year. Prior to that he contested three seasons of Formula BMW Europe that yielded just one podium finish. Despite a record that doesn’t scream future F1 star, he may be seen on the grid there before too long, given that his father’s company Varlion have become clothing suppliers to HRT this year. And remember how much money Argentina pledged to get Jose Maria Lopez into F1 with USF1.

Alongside Regalia is 24-year-old Russian Max Snegirev, who scored points on just three occasions from 16 Formula 2 races last year. His record in British F3 prior to that was less than stunning too. Also at Campos is 46-year-old Italian restauranteur Giuseppe Cipriani. He was found at the back of the Auto GP grid last year with Durango and we usually wouldn’t bother talking about him, but considering his age he’s looked pretty competent in testing with Campos, coming within a second of the ultimate pace at Monza last week.

A new team established by businessman Michele La Rosa, who also occupies one of the two seats. For the other seat he’s signed up 2011 Italian F3 champion Sergio Campana. At 25 already, he almost certainly won’t be making it to F1, but he is an accomplished driver with eight wins from his three years in F3, and was quickest in the test at Monza last week. Best known for testing a Ferrari as his prize for the F3 title. 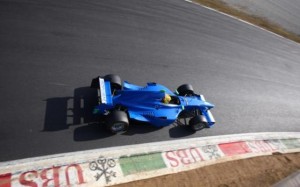 Another all-new team, the British squad’s lead driver Pal Varhaug was miserably out of his depth last year in GP2, scoring no points as his teammate Romain Grosjean romped to the title. Auto GP could give him a chance to redeem himself, and besides, the 21-year-old Norwegian is no slowcoach, having won the Italian Formula Renault title in 2008 and then won the first ever GP3 Series race at the start of 2010.

The second driver at Virtuosi is 17-year-old Italian Matteo Beretta. A 17-year-old Italian who has spent the previous two years of his car racing career in the European F3 Open with the RP Motorsport team. 12 months ago that statement applied exactly to Kevin Ceccon, and we all know what happened to him! Beretta’s record isn’t quite as promising though, with just one podium last year to Ceccon’s six the year before.

Austrian team joins the series and enters a single car for Giacomo Ricci. The 26-year-old Italian raced on-and-off in GP2 for the backmarking DPR squad, coming third overall in the 2009-10 Asia Series with three podiums from eight races and a win in Bahrain. In the subseqent main series campaign he scored a reverse grid sprint race win in Hungary, and then lost his seat. In 2006 he won the title in Euroseries 3000, which is today known as Auto GP. Anyway… 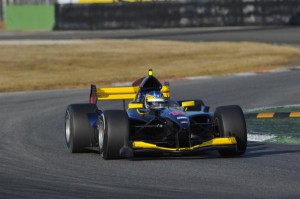 With their GP2 team having collapsed, single-seater specialists Super Nova can now put all their focus on their Auto GP entry. And they should be amongst the favourites with GP3 race winner Adrian Quaife-Hobbs leading their driver trio. After an impressive season last year we would have expected Adrian to move on to GP2 or FR3.5, but coming to Auto GP will at least give him the best chance to claim some silverware. Click here to read our profile of Adrian from last June.

He is partnered by 19-year-old Brazilian Victor Guerin. Guerin came eighth in last year’s super-competitive Italian F3 season, winning the final race of the year. Still a bit of an unknown quantity really, but could certainly impress us. 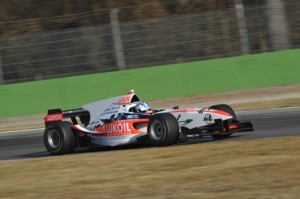 From the team that guided Vitaly Petrov through his early days in Europe comes the Auto GP driver we’re most exicted about here at PaddockScout Towers. Sergey Sirotkin doesn’t turn 17 until August, but he’s already behind the wheel of a 550 bhp V8 beast for a living. And he’s earnt it too after winning the European Formula Abarth title last year in his first full season of racing. You can read our recent exclusive Q&A with Sergey here.

Sirotkin’s teammate also comes from Formula Abarth, but we’re somewhat less excited by him. 17-year-old Italian Antonio Spavone scored just a handful of top ten finishes in what was his second Formula Abarth campaign last year, and didn’t look very quick in testing last week either. Should really be proving himself at a lower level before coming to Auto GP.

The team that took Ceccon to the title last year, but this year’s lineup from the team is a disappointment to put it lightly. 22-year-old Chinese driver Adderly Fong arrives after two years in British F3, where he picked up one podium in 2010 and finished a creditable tenth at the Macau Grand Prix last year.

He is joined by Giancarlo Serenelli, a 30-year-old from Venezuela. He arrives in Europe (with PDVSA cash, obviously) after three titles in four seasons in the Latam Challenge Series, which is based in Mexico and uses Formula Renault 2.0-spec cars with Volkswagen engines. We’d love to report that he’s just a late-maturing talent, but his test times haven’t suggested that’s the case. 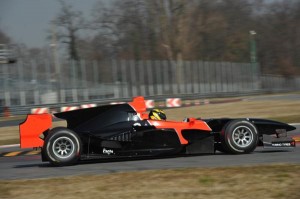 A collaboration between successful single-seater team Manor and Dutch outfit MP. MP bring 19-year-old Dutchman Daniel De Jong, who they ran at three meetings last year with points from four of the six races. Also did FR3.5 last year, where he was less promising.

The team also hands a chance to 26-year-old Kiwi Chris van der Drift, the 2008 champion in International Formula Master and a multiple race winner in Superleague Formula in 2010 before a massive shunt that left him with a broken ankle, two broken ribs, a cracked shoulder blade, a dislocated shoulder and two broken fingers.

In summary, we would expect the title contenders to be Campana, Varhaug and Quaife-Hobbs, with Sirotkin potentially defying his lack of experience to cause them all a bit of trouble. But expect some promising drivers to show up during the season as well and challenge for wins – Grosjean of course took the 2010 title despite missing the first two rounds.

Rossi to get FP1 mileage as Caterham test driver