Having claimed the European Formula Abarth title last year at the age of 16, Sergey Sirotkin is this year taking on a dual programme of Italian F3 and Auto GP. We got the chance to ask the Russian ace some questions as he tested both cars at Monza this week…

PaddockScout: Hello Sergey. You first came to my attention during the middle of last season, when I saw you were leading the European Formula Abarth standings despite only being 15 years of age. Did you expect to be so successful so early in your career?

Sergey Sirotkin: I dreamed about these kind of results in my debut year, even when I won the Championship it was difficult to understand I am European Champion and it still feels like I need to do something to get this title!

PS: Formula Abarth seems to be a championship with a growing reputation as a series for young drivers. Why do you think this is?

SS: Because it is a very safe car, not a lot of high technology but teaches you basic things for the future in Formula, is reliable and strong machinery.? We also visited very good circuits.

PS: Formula Abarth has close links with Ferrari, and last November you got to spend some time at Vallelunga. What did you get up to there, and what was it like?

SS: We did fitness, psychology and some testing in Formula 3.? The F3 was interesting to understand more about how aerodynamics work, I enjoyed this side particularly.

PS: Russia seems to be featuring more and more in Formula 1, with Petrov on the grid, a Russian team in the form of Marussia, and Sochi due to host the first Russian Grand Prix in 2014. Is motor racing gaining more interest at home, and do you think this will help your dreams of making it to Formula 1?

SS: Since Petrov arrives in F1, motor sport in Russia has seen an improvement, still not as popular as in Europe but we are getting there.? I think it will help me get to F1 because the more popular the sport becomes, the easier to find financial help.

PS: I noticed that Vitaly used to race for your team Euronova earlier in his career. Is it just a coincidence that you?re driving for the same team as he used to, and how well do you know Vitaly personally?

SS: It was not part of our decision, EuroNova are just a really good team who helped me a lot.? I don?t know Petrov really well I just spoke with him a few times.

PS: You are supported by Lukoil, who have worked with a number of other young Russian drivers before. How does it help to have someone like them behind you?

SS: It?s a big name in motor sport and it helps me because when people see LukOil, they know they will not support something that is not good level, so their presence helps me and is good for our name in Russia.? I am very grateful for their support and will do my best to repay their faith. 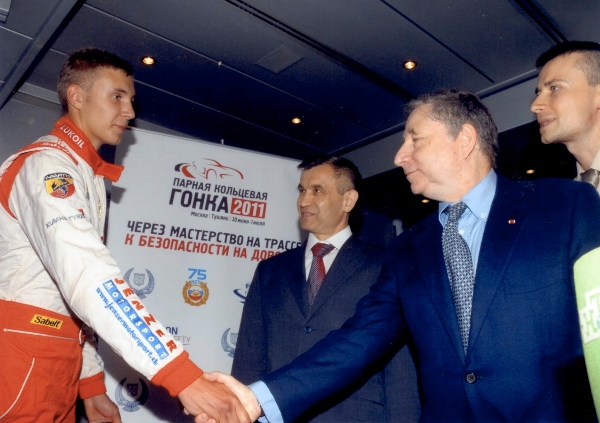 PS: You?ll be taking on a dual programme this year in Italian F3 and Auto GP. What was the thinking behind this, particularly given your age with so much time on your side?

SS: The first thing was to get enough experience in Abarth to try the fast cars, to understand what it means to have closer speeds to F1, but at the same time I need to learn a lot to understand aerodynamics more and more, F3 is perfect for this because I can test a lot and prepare simultaneously to feel both a powerful engine (Auto GP) and aerodynamics (F3).

PS: Auto GP in particular will be a big step up from Formula Abarth, for someone of your experience. Do you think you can handle the increase in power?

PS: So after your success last year, what are your aims for 2012 then, in both categories?

SS: To learn everything which each category can provide me and to combine my knowledge for a really strong program in 2013. 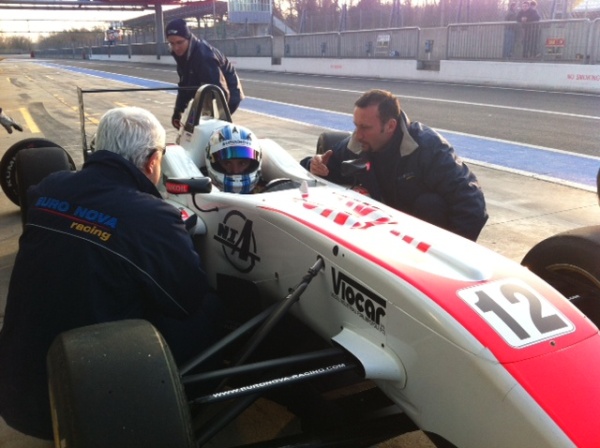 Sergey testing his F3 car at Monza on Tuesday this week...

PS: And although it?s still early in your career, where do you see yourself heading in future seasons?

SS: World Series and GP2, and if everything comes together with money and my driving knowledge & ability, then Formula One.

PS: Other than yourself, is there another exciting young driver you think our readers should be keeping an eye out for?

SS: I think there are a lot of good young drivers but I cannot name someone in particular.

PS: And finally, who is your motor racing hero?

SS: I respect many drivers who show great talent and dedication like Senna, Schumacher, Alonso and Vettel.

You can follow Sergey on Twitter @Sergey_Sirotkin, and also keep up to date with his progress right here on PaddockScout.

...and his Auto GP car on Wednesday.