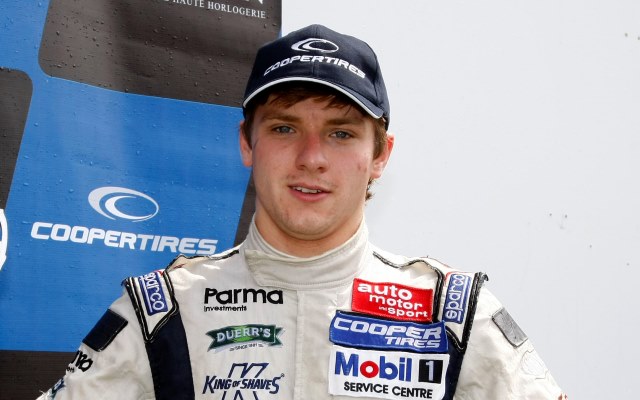 We profile Jordan King, the winner of this year’s compact British F3 series and making a strong impression in the competitive European championship in his rookie season…

While the British F3 series hasn’t exactly been as competitive this year as in previous years, Jordan King has undeniably done himself a great service by taking the title in his very first year racing at this level. He’s been touted as a rather promising driver for a while now, but King’s success in British F3, combined with an impressive rookie campaign in the European series, should shortly make him a household name amongst British talents.

Jordan was born into the family of Justin and Claire King on February 26th, 1994. He got involved in karting at the age of 11, and, a year later, made it to the national scene. He’s raced in the Mini Max class in 2007-2008, amassing a number of quality results – including second in the Super 1 National Rotax championship. In 2009, he moved on to the KF3 class, taking eighth in the WSK International Series and winning the MSA Kartmasters Grand Prix and the Asia-Pacific Championship. Finally, in his last year of karting in 2010 he was sixth in the WSK KF2 World Series and took 11th in the World Karting Championship.

That same year King made his debut in junior single-seaters, entering the final round of Formula Palmer Audi at Silverstone. He secured pole and a front row spot in the two qualifying sessions, but only finished one race out of four, albeit making it to the podium. In preparation for Formula Renault UK, he also took part in the FR Winter Cup, with a best finish of sixth over the six races and 15th overall in the standings.

King’s first full-time year in single-seaters was a busy one. He joined Formula Renault UK with Manor and took eighth overall, scoring a maiden podium at Croft and a pole position start at Snetterton. Jordan also did the second part of the Formula Renault 2.0 NEC championship, scoring four podiums in ten races, and a brief stint in Formula Two, where he amassed 17 points over six races. 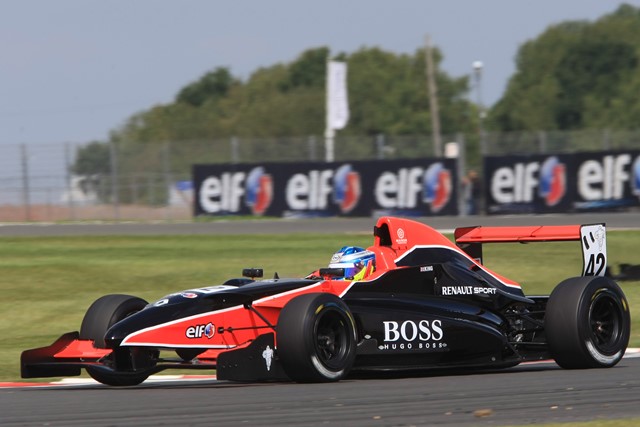 Jordan also travelled to India to contest the MRF Formula Championship, winning both races that supported the Indian Grand Prix. Then in the winter he took part in the Toyota Racing Series in New Zealand, where he finished fifth.

In 2012, the Briton decided to remain with Manor, embarking on a double campaign in Eurocup FR2.0 and FR2.0 NEC. In the former, King had a learning year, yet still achieved some stellar results. His first points in the series came in race three at Spa, where he fought his way from 22nd on the grid to seventh, while, at the Hungaroring, he scored Manor MP’s only podium finish of the campaign.

The Formula Renault NEC campaign, due to the nature of the series, saw King strive for entirely different goals. As one of the most experienced regulars, he ended up part of the title fight, with compatriots Jake Dennis and Josh Hill registering as his main opponents. Over the first two rounds dominated by Eurocup guests, King scored two podiums and generally looked as the most consistent NEC driver, ending up just one point behind Dennis. At Oschersleben, both of them were overshadowed by Hill, and during the next two rounds, King severely struggled for pace, with a season lowpoint coming at Red Bull Ring, where he failed to make the top ten in both races. 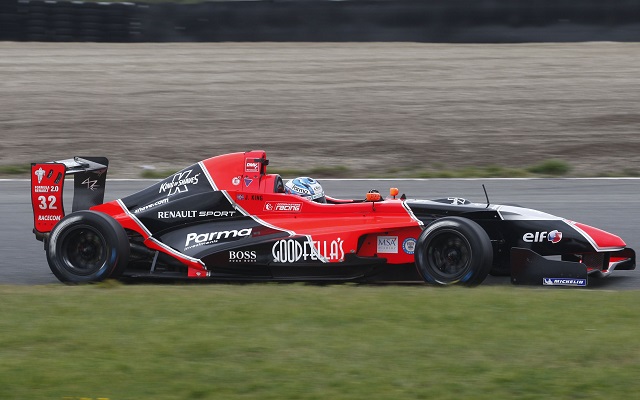 With King severely lagging behind Dennis in the standings and Hill closing in on second, the round at Most provided a welcome turning point for the Manor driver, who enjoyed his best weekend in the series to date, making it to the podium on all three occasions. At Zandvoort, King delayed Dennis’ official coronation, taking his first NEC win in race three, but he had another low-scoring weekend at Spa, settling for second in the standings.

Having taken part in another MRF Challenge series over the following winter (finishing second to Conor Daly in a strong field), King parted ways with Manor, joining Carlin’s European F3 squad. Over the opening rounds at Monza and Silverstone, he established himself as Carlin’s second-best driver out of the four-car lineup, securing multiple starts in the top 10 and impressively finishing sixth in race three of round two. At Hockenheim, King secured a spot on the front row for race three and finished all three races comfortably in the points.

Brands Hatch saw a trying round for King, with a best finish of seventh over the weekend. A week later, as part of a three-car Carlin lineup (with team leader Tincknell absent), he made his debut in British F3 at Silverstone, where he looked as a title contender given the smaller grid. The round itself turned out rather rocky, with him retiring from the front row in race one, yet later taking to the podium in race three.

In FIA F3 at Red Bull Ring, King notably outperformed Tincknell, taking his first podium in race one and two very strong top 10s in the subsequent races. He was back behind his teammate at Norisring, but then outperformed him yet again at the most recent round at Nurburgring, taking two fourth-place finishes.

Meanwhile, in British F3, things started going even better. In round two of the four-round championship at Spa, he’s featured on the podium in all three races, including a career-first F3 victory in the reverse-grid event. At Brands, he was narrowly overshadowed by teammate and series returnee Jazeman Jaafar, but still wound up wrestling the championship lead away from main rival Will Buller. Finally, in the series finale at Nurburgring, King secured the title with a race win and a points finish in the first two races and then calmly cruised to another victory in the final race.

Talent rating: King’s resume in karting is quite impressive, so, in that regard, his first year in single-seaters wasn’t that special. However, it’s all been uphill from there – his NEC campaign was great, if unsurprising, while his debut in F3 has turned out superb. While next year could probably decide whether he’s the next big thing for British junior single-seaters, the signs are certainly all in favour. 8/10

Chances of getting to F1: While King is getting the results on track, he also benefits from a strong sponsorship portfolio. His father Justin is the CEO of British supermarket chain Sainsbury’s, and Jordan’s sponsors are mostly brands sold in their stores. He will have the budget and the talent to climb the rest of the ladder and secure seats with the best teams, and he’s in a better place than many to secure the extra backing currently needed to make the F1 jump. The fact that Justin is linked to replacing Bernie Ecclestone as F1 chief could either be a help or a hindrance. 8/10 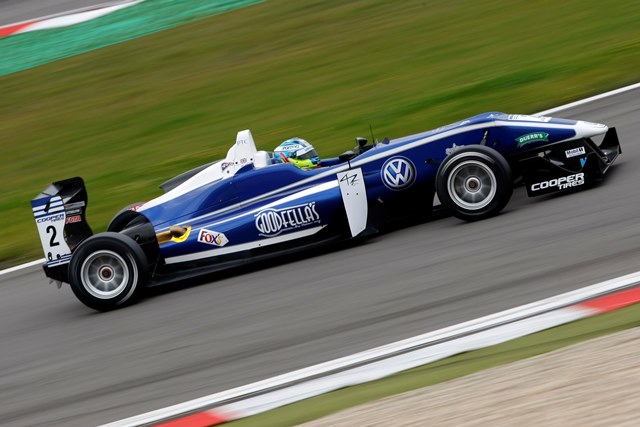