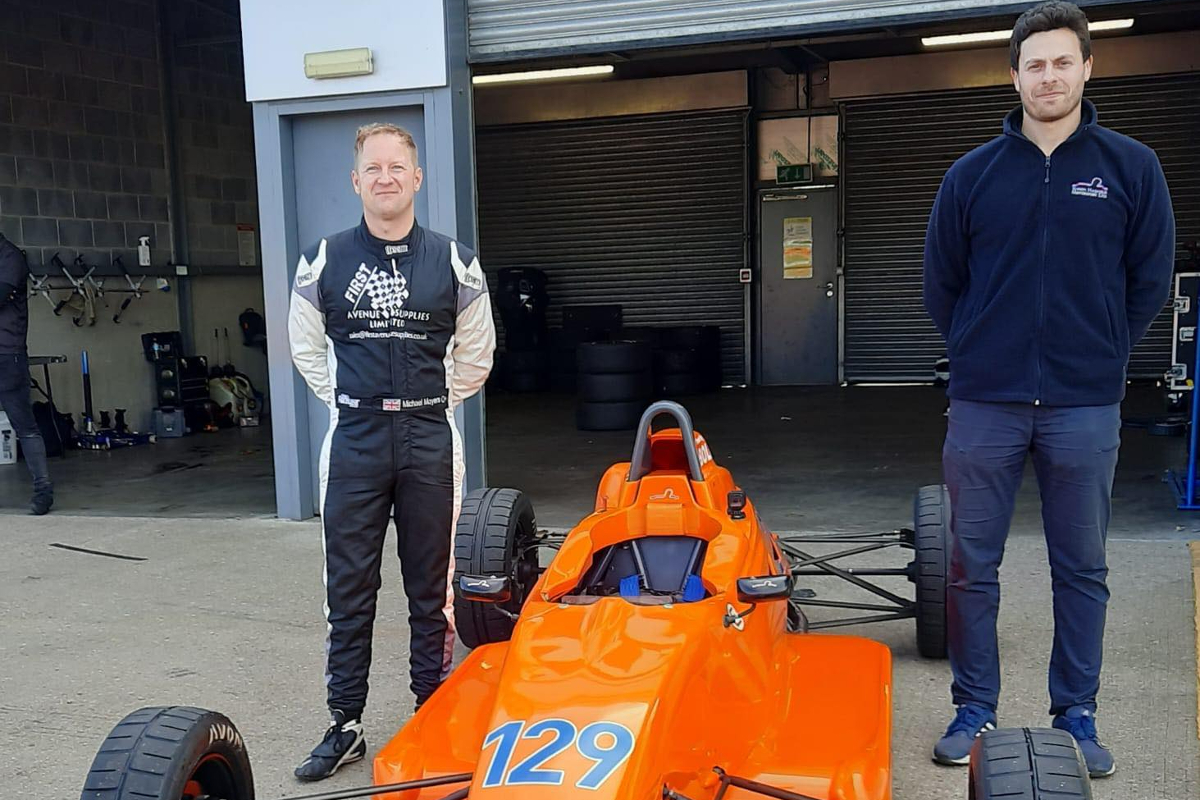 Moyers, whose single-seater career began in Formula BMW UK, has competed in the WHT every year since 2010 and won it in 2017 and ’18. He was second in 2019, and was on to repeat that in 2021 – his last scheduled appearance in the classic Formula Ford 1600 event – before a clash with B-M Racing’s Rory Smith in the final.

All of Moyers’ WHT outings since 2012 have been in Spectrum 011Cs run by Kevin Mills Racing, but this year he has switched to a Medina Sport chassis – a car with quite a different design philosophy – being run by Simon Hadfield Motorsport.

“After last year’s WHT I was convinced it would have been our last, having won it twice was a dream come true,” Moyers said to Formula Scout.

“Our attention has been trying to break into the Historic scene but we’ve not been able to race all season. As the year progressed James from Simon Hadfield Motorsport approached us about a new project that sounded interesting so we decided to test the car and have really enjoyed the development side of things.

“We have now entered the WHT in their Medina chassis and can’t wait to get into testing this week. We’ll be underdogs for sure, but anyone would be a fool to write us off. I’m going for the hat-trick.”

There are currently three returning winners on the entry list, with Foster and Moyers joined by Ammonite Motorsport’s defending victor Max Esterson.