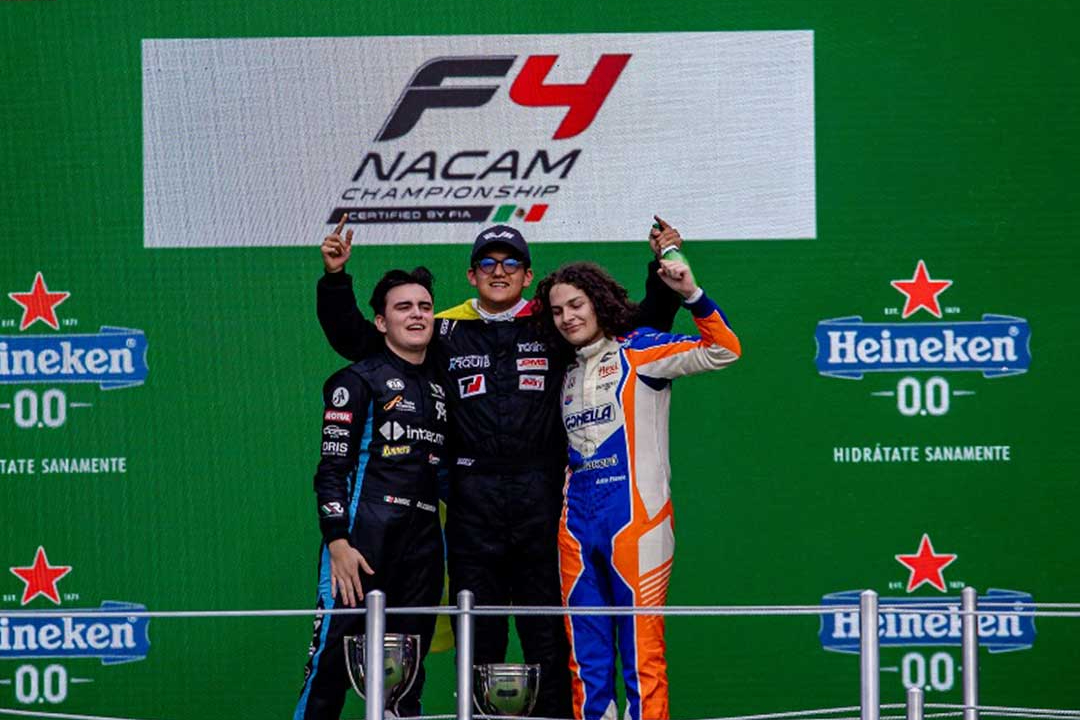 Juan Felipe Pedraza and Manuel Roza won the two races of the final NACAM Formula 4 round in Mexico City, which supported Formula 1.

Roza was fastest by 1.543 seconds in practice over Lucas Medina, with Arturo Flores and Pedraza both more than two seconds off Roza’s pace in a Ram Racing 2-3-4 behind the RRK Motorsports man.

The momentum switched in qualifying as Medina claimed pole by 0.453s over Pedraza, and with Roza a further 0.220s back in third place. Diego de la Torre and Flores were also within a second of pole position.

Medina could not convert pole into victory on Saturday though, with champion Pedraza coming through to take his eighth win of the season by 0.531s over Roza.

Flores finished 1.188s back in third, with Medina fading to fifth behind Cristian Cantu despite being the fastest driver in the race. Luis Carlos Perez, competing with Roza and the absent Julio Rejon for the runner-up spot in the championship, retired on the opening lap while Marco Alquicira and Dewey Richards also failed to finish. Juan Contreras and Perez had required permission to start the race after failing to lap within 110% of the pace within qualifying.

Perez had a better time of it in race two on Sunday but could only finish sixth, while victory for home talent Roza brought him up to second in the standings. However the sporting regulations suggest the first half of the season should not count for points due to entry lists smaller than the minimum set by the championship, and so the absent Rodrigo Rijon would be series runner-up. Roza would be third, ahead of Flores, one-timer Jesse Carrasquedo Jr, de la Torre and Julio Rejon.

He beat Pedraza in a straight fight for victory, with Cantu taking their first podium of the year in third. Cantu, the youngest driver on the grid and a car racing rookie, had qualified seventh but improved through the weekend and fought through race two with de la Torre for third. This time Flores, Eduardo Alquicira and Medina were the retirees.