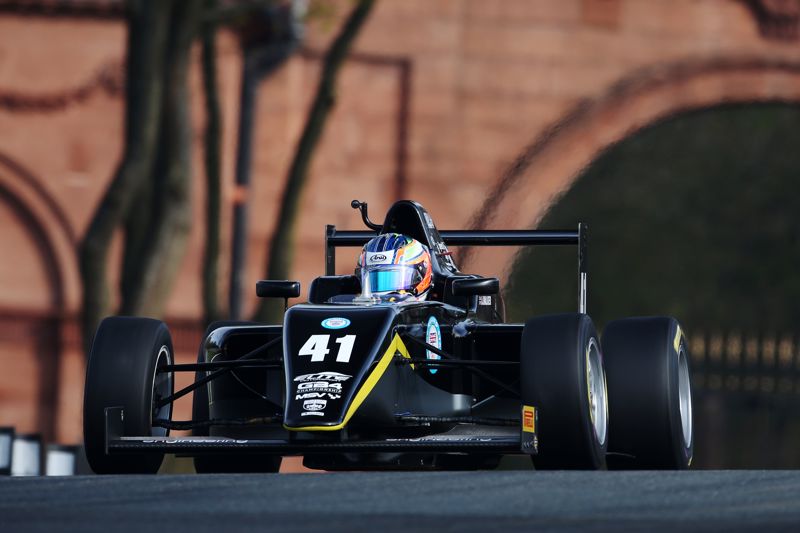 Alex Walker extended his GB4 points lead with a lights-to-flag victory in race one at Oulton Park.

The Elite Motorsport driver led away at the start, building a 2.8-second lead on the opening lap. Fellow front row starter Nikolas Taylor stalled, before rejoining at the back.

Max Marzorati swept around the outside of Hillspeed team-mate Megan Gilkes at Cascades on the opening tour to move into second, and was then under pressure from Gilkes in the early laps.

Gilkes then lost third to Kevin Mills Racing’s Jarrod Waberski, who lunged up the inside into the Hislops chicane.

Marzorati maintained second but finished 9.178s adrift of Walker, with Waberski and Gilkes on his tail.

GB4 debutant George Line leapt from the back of the grid to fifth early on, but went off at Hislops and lost places, as did Fortec’s Jessica Edgar.

On the final lap Logan Hannah crashed into the barriers while trying to pass her Graham Brunton Racing team-mate Line for eighth.

Chloe Grant therefore ended up ninth for GBR ahead of Edgar. KMR’s Tom Mills also stalled at the start and finished a lap down.