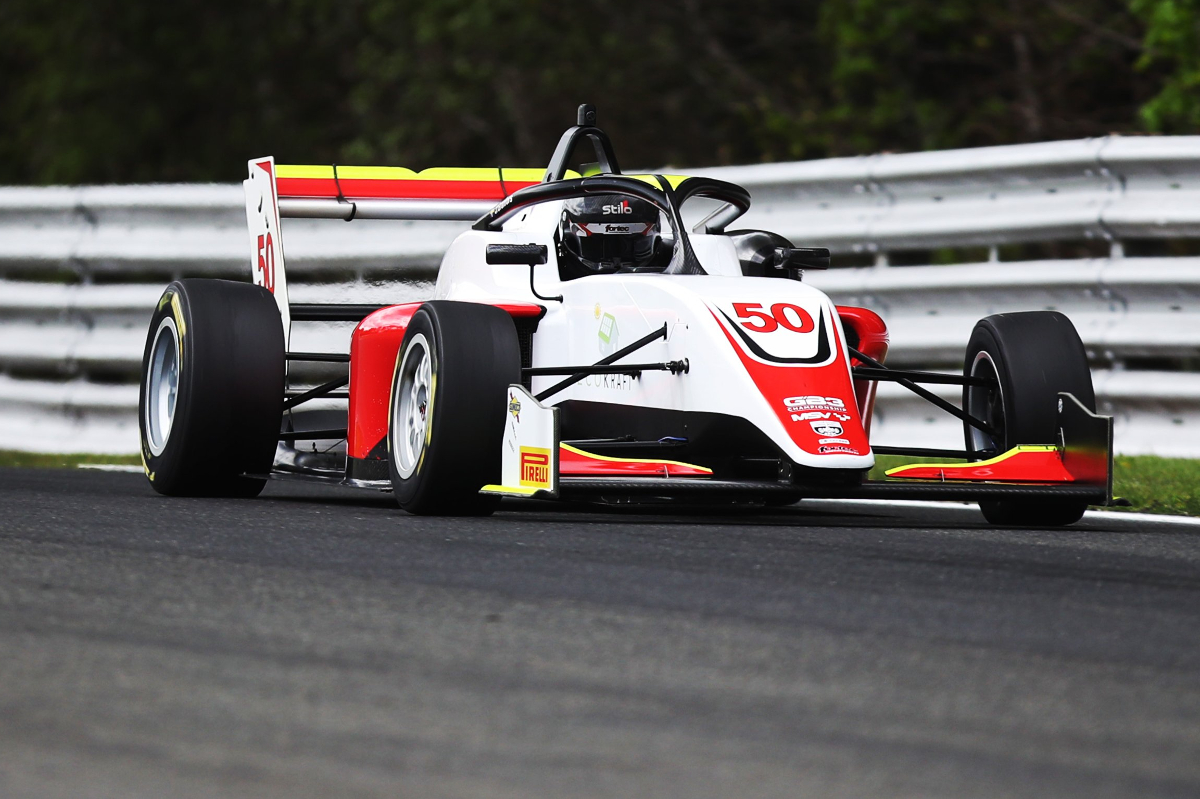 Joel Granfors and Tom Lebbon have each been given a five-place grid drop for the opening race of the 2022 GB3 season at Oulton Park for qualifying infringements.

Fortec Motorsports’ Granfors loses his front row starting spot for race one after being deemed at fault for a collision early in qualifying with Chris Dittmann Racing’s Branden Lee Oxley, who was forced to pit with car damage.

The Swede will now start race one from sixth, promoting Carlin’s Sauber junior Roberto Faria to the front row. Granfors will start from second place for race two, which had its grid set off the second-best laptime of each driver in qualifying.

The stewards noted that Granfors “caused a collision with car #68 [Oxley]. Both cars on out laps and heating tyres”.

Elite Motorsport’s Lebbon drops from sixth to 11th on the grid for impeding Granfors’ team-mate Zak Taylor. The stewards deemed: “Car 34 [Lebbon] was unaware that Car 21 [Taylor} was following closely on a fast lap. 34 was on an ‘out lap’ and warming up tyres. Car 21 was impeded and had to take evasive action.”

Meanwhile, Alex Connor’s issues in qualifying were put down to an engine problem. The Arden driver will start all three races this weekend from 20th place unless there are further grid penalties handed out.

Race one takes place on Saturday, but due to it being the Easter weekend there is a wait of over a day for races two and three which will take place on Monday afternoon next week.