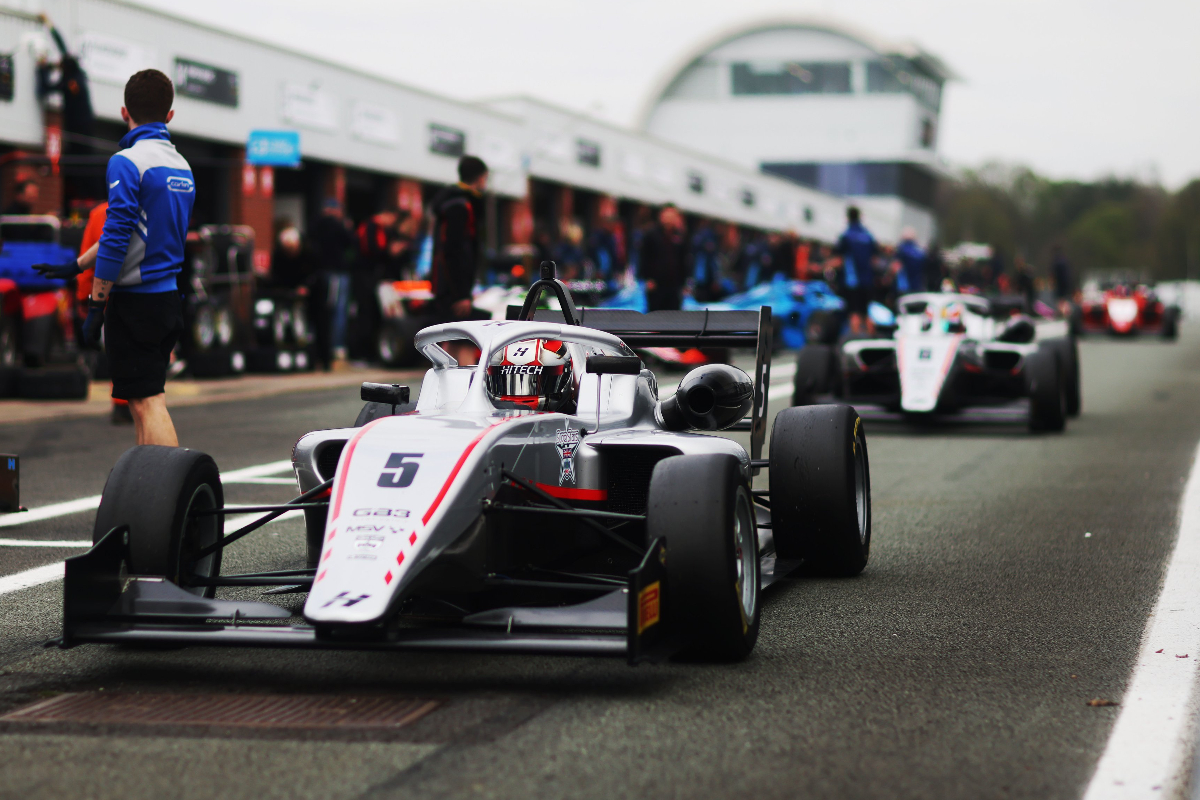 The Hitech GP driver, who set the pace in pre-event testing, set a fastest lap of 1m28.929s, with his second-best laptime good enough for race two pole.

Fortec Motorsports’ Joel Granfors was Browning’s closest challenger throughout qualifying, and will start from the front row in both races one and two.

The pair were separated by 0.057 seconds early on, with a 1m29.570s from Browning putting him ahead, and they were soon joined by Carlin’s Roberto Faria in the pole battle. Faria’s team-mate Callum Voisin then set an identical time to Browning to move into second.

Browning found a further half a second to move clear of Voisin and Granfors, while Matthew Rees leapt up to fourth for JHR Developments.

Granfors briefly snatched provisional pole with a 1m29.970s lap, but his effort was almost immediately beaten by Browning, who found a further 0.041s. Both set quick first sector times on their final efforts, but neither were able to improve.

Faria was a further half a second behind in third, the position he will also start from in race two, while Rees pipped Voisin to fourth spot. Tom Lebbon was sixth for Elite Motorsport, ahead of McKenzy Cresswell (Chris Dittmann Racing) and Javier Sagrera (Carlin). John Bennett and James Hedley rounded out the top 10 for Elite.

An issue kept Branden Lee Oxley in the pits early on, but the CDR driver eventually made it to track to set the 13th quickest time. Alex Connor also spent most of the session sidelined in the pitlane and ended up 20th for Arden.