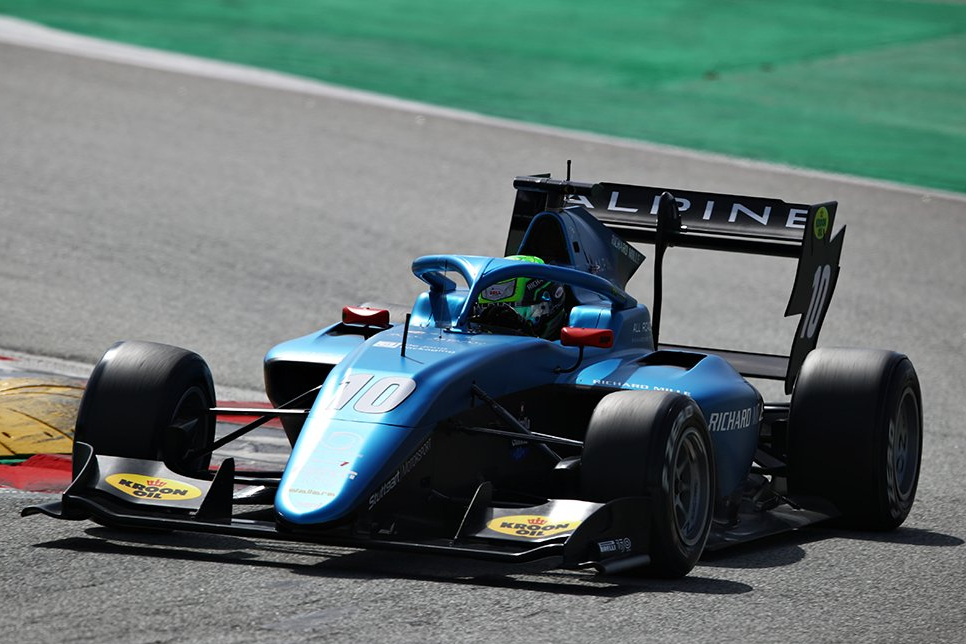 MP Motorsport’s Caio Collet topped the times on the second morning of the FIA Formula 3 in-season test at Barcelona.

Early in the session, drivers went out to complete performance runs. ART Grand Prix’s Gregoire Saucy was the driver on top of the leaderboard after the first run, 30 minutes in. His benchmark lap, a 1m32.109s, was one tenth faster than the day one pace, which he also set.

A few minutes later, cars took the track for second runs, and this time it would be Collet who went on top. The Brazilian set a best time of 1m31.507s, clearing Saucy by six tenths of a second. MP’s Alex Smolyar, Van Amersfoort Racing’s Franco Colapinto, Hitech GP’s Isack Hadjar and Trident’s Roman Stanek were the other four drivers to break the 1m32s barrier, but none of them could get within three tenths of Collet.

Drivers devoted the rest of the morning to long runs. Like on the first afternoon of testing, Colapinto was the driver who completed the most laps (51). Hitech’s Kaylen Frederik was the next most productive on 49 laps, and Charouz Racing System’s Laszlo Toth set 48 laps.

The session went without mechanical failures or off-track excursions, which allowed three hours of green flag running, something that already happened in the afternoon of the first day of testing.