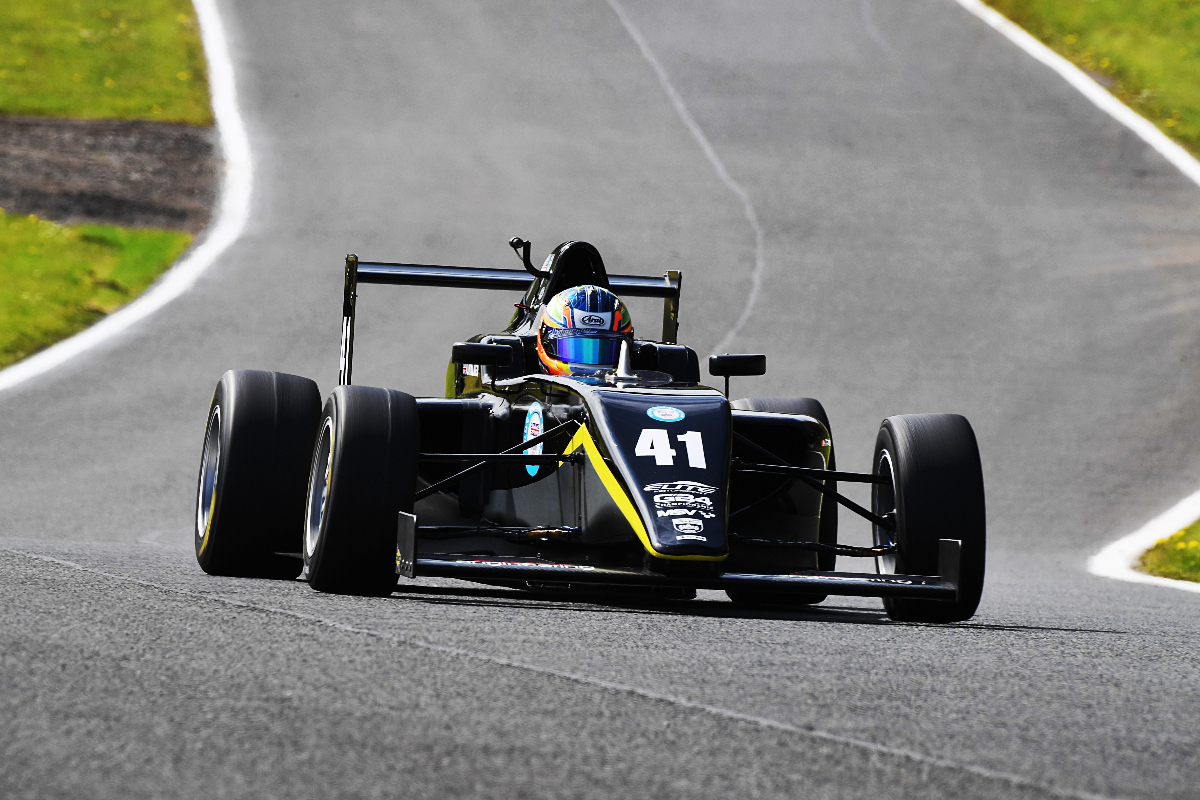 Walker denied Fortec Motorsports’ Nikolas Taylor, who led for most of 15-minute qualifying session, in the final seconds.

Taylor displaced Kevin Mills Racing’s Tom Mills at the top of the timesheet approaching the halfway mark with a 1m37.845s lap. He then continued to lap faster, eventually posting a 1m35.744s.

But Walker put in a 1m35.552s on his final effort to snatch pole for race one, with his second-best laptime also securing the championship leader pole for race two.

Fellow Snetterton race winner Taylor will start alongside Walker on the front row for both races.

Hillspeed’s Megan Gilkes, who also won at GB4’s inaugural round, moved up to third late on ahead of her team-mate Max Marzorati.

The pair displaced Fortec’s Elias Adestam and Mills, who had both been in the top four until the closing stages. Adestam will start from third in race two, ahead of Marzorati and Mills.

Jarrod Waberski was seventh for KMR, despite spending the first few minutes in the pits, while Elite’s Jack Sherwood was eighth.

Jessica Edgar was ninth for Fortec, and Logan Hannah was the fastest of the Graham Brunton Racing trio in 10th. The third GB3 car for George Line remained in the MP Motorsport livery it raced with in Spain last year.