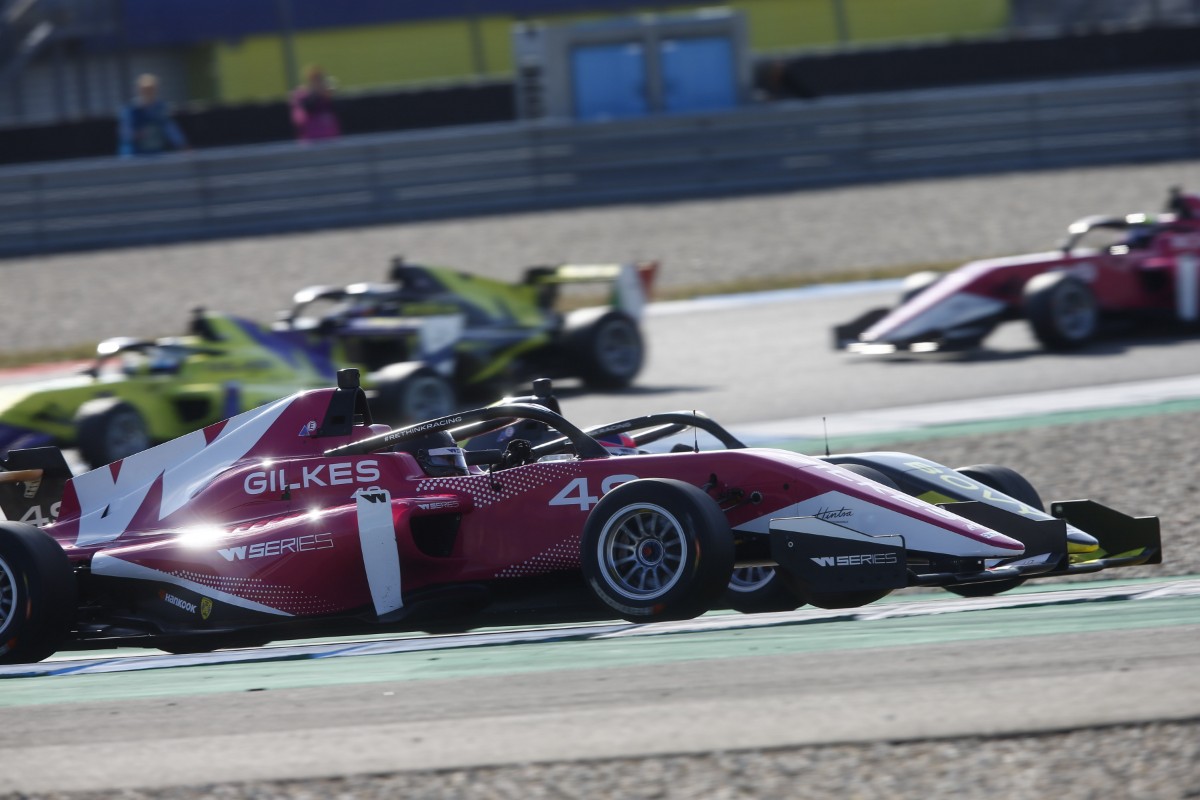 Megan Gilkes, the winner of W Series’ non-championship race at Assen in 2019, will drive for Kevin Mills Racing in BRSCC National Formula Ford 1600 this year.

The 19-year-old has been racing in wingless single-seater cars since 2017, starting off in Formula Vee and becoming title runner-up in Canada’s national championship in her second season.

She had raced a winged car only once before the leap to W Series and F3 Americas. While Gilkes failed to score in Europe, she took a memorable win at Assen race and in 2020 came second in Canada’s FF1600-level Toyo Tires F1600 series.

“I’m thrilled to announce that I will be racing in the UK in the National Formula Ford Championship for the 2021 season, with Kevin Mills Racing,” said the Canadian.

“I ran with the team last year at the FFord Festival and the Walter Hayes Trophy, and am looking forward to having another shot at racing against some of the best FFord drivers in the world with them.”

After her F1600 campaign, Gilkes headed to England for her first attempt at end-of-year FF1600 classics. She came 20th in the FFord Festival, and made the final of the WHT.

“It’s a dream come true for me to be racing in Europe again, having had a very successful 2020 F1600 season in Canada.

“While due to COVID-19 things are still a bit unknown in terms of the start of the season, the first race is scheduled for April 10 at Snetterton, and now that my exams at university are done I’ll be working hard to prepare for a very exciting 2021.”

After finishing third and sixth in Castle Combe FF1600 last year, Matt Hallam and Nathan Ward remain with KMR to fight for the Combe title.

Ray, one of several chassis manufacturers on the National FF1600 grid, has announced a brand new car for the 2021 season.

After losing both of his lower legs to amputation following a scary crash in last November‘s WHT, Scottish FFord racer Colin Turner’s recovery is progressing well and in addition to now having prosthetic attachments for his limbs he is targeting a race return in the 2021 WHT.

“The one thing I would 100% want to do is go back to the Walter Hayes, that’s the only thing I really set my heart on,” Turner told Formula Scout.

“After the accident, they couldn’t fit a prosthesis to my left leg at all. Then for the right leg, they could have fitted a prosthesis there but there was no guarantee that I’d be able to go back to where I was before.

“So, to get the mobility level I was after, they amputated both legs further up and fitted new prosthesis.”