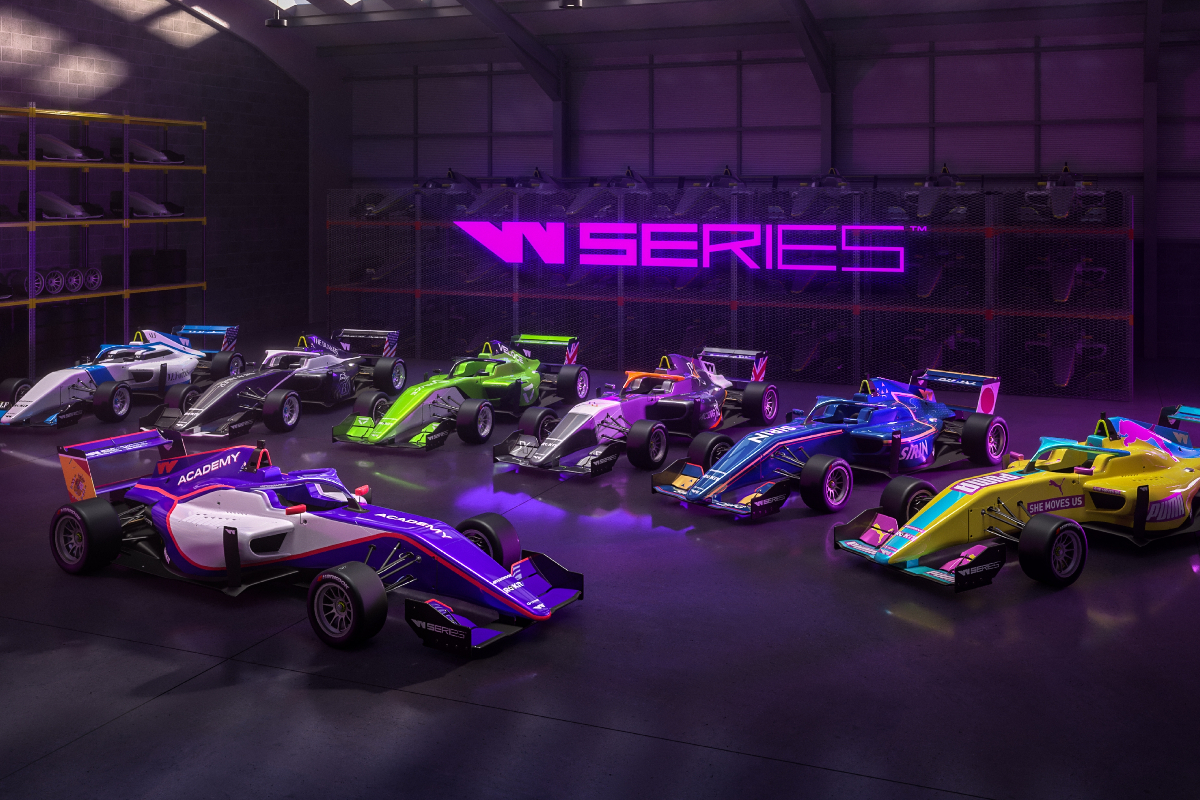 W Series will change its branding this year to allocate its drivers into ‘teams’ formed by external partners and both the series itself for an “unofficial team championship”.

The series has been centrally-run since its inception, with Hitech GP operating the cars in the inaugural season in 2019. Fine Moments has taken over that responsibility for the second season, which begins at the Red Bull Ring this weekend.

Drivers changed car for each round in 2019, and that concept remains for 2021. ROKiT will be the series’ main sponsor, but with other brands registering interest in involvement a way of incorporating them via teams entities has now been made.

Seven names, including Veloce Racing which fields reigning champion Jamie Chadwick in the new off-road Extreme E series, will be partnered with two drivers each and get to design the livery of their cars and overalls with their own sponsorship.

The remaining four drivers racing in the opening two rounds will be aligned to ‘Ecurie W’ and ‘Scuderia W’ team identities created by W Series itself.

It’s not clear whether Tasmin Pepper, Caitlin Wood, Naomi Schiff and Abbi Pulling, who are reserve drivers for the series this year, will be aligned to the same teams as the drivers they would stand in for.

The Forbes family behind the American business magazine of the same name will front one of the the ‘teams’, as will American car collection club Bunker Racing and sportswear brand Puma that already sponsors W Series.

“In a short period of time we have made a mark in the sector for our disruptive and innovative approach,” said W Series’ CEO Catherine Bond Muir.

“This new structure paves the way for significant new investment to supplement our current series sponsors, which supports our continued rapid growth and our partnership with Formula 1.”

The non-FIA registered teams championship will use “a robust points system which, if successful, will remain in place next season and beyond”, with plans to formalise the teams competition for 2022 to comply with FIA International Series requirements.

All eight of this year’s rounds take place on the support bill of F1 grands prix, although the series “retains the right to organise up to three non-championship rounds at selected venues” if it wants to add second races to any of those rounds.