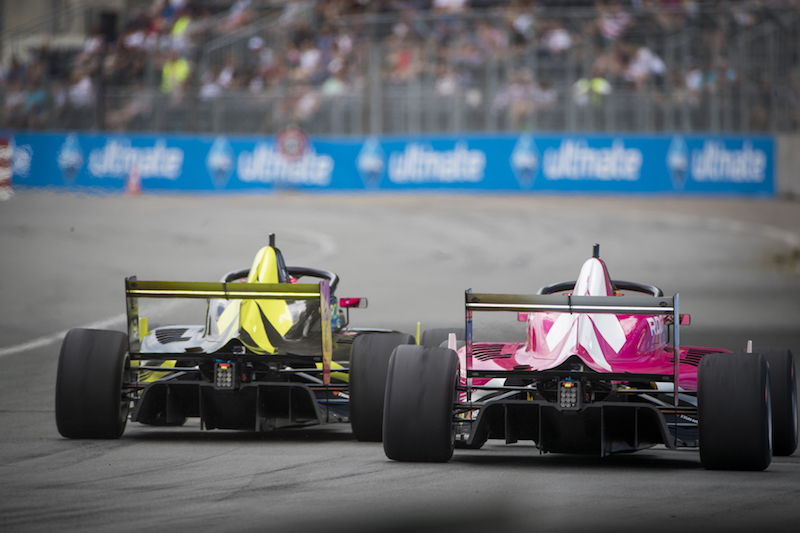 W Series has stated that it is still ?reviewing its options? with its 2020 calendar, following a new schedule released by the DTM series it primarily supports.

The global coronavirus pandemic has caused severe disruptions to the 2020 DTM season, which could be its last due to the loss of competing manufacturer Audi at the end of 2020, as well as Formula 1 which W Series plans to support twice this year.

In recent years the DTM has added more continental races to its schedule, but the struggling series has reverted back to a Germany-centric calendar in its latest response to the ongoing coronavirus situation.

It has announced four rounds between neighbouring nations Belgium and the Netherlands, in addition to six rounds in Germany that provisionally includes the Norisring street circuit as season opener on July 10-12. W Series had already decided to drop the circuit from its schedule.

?We note that DTM has announced a new three-country race schedule for 2020,? W Series stated.

?As a fully international series, we are still reviewing our options with the FIA, F1 and DTM while the COVID-19 situation remains so globally unpredictable.?

The original W Series calendar for 2020 featured eight rounds spread out between as many countries ? adding new DTM races in Russia and Sweden as well as F1 support slots in the United States and Mexico.

With the Russian and Sweden races removed from the DTM calendar, that makes W Series’ provisional August 1 start date and October 3 race at the two venues seem highly unlikely. Its race at Brands Hatch on August 23 could still go ahead as a support to a different series at a later date.

F1 is yet to formally confirm dates for the United States Grand Prix and Mexico City GP in an updated calendar, which leaves the planned support races in some doubt. The US GP is expected to go ahead as planned on October 23-25, with the visit to Mexico City originally scheduled to run the week after.

W Series’ situation has been made more complicated by circuit schedules rapidly refilling with reorganised events,?and with F1 gaining precedence over other series as shown by the recent delay for junior single-seater races at the Hungaroring.

An Esports league has been planned by W Series prior to on-track action returning ? running on Thursdays every week from June 11 and through to August 13.