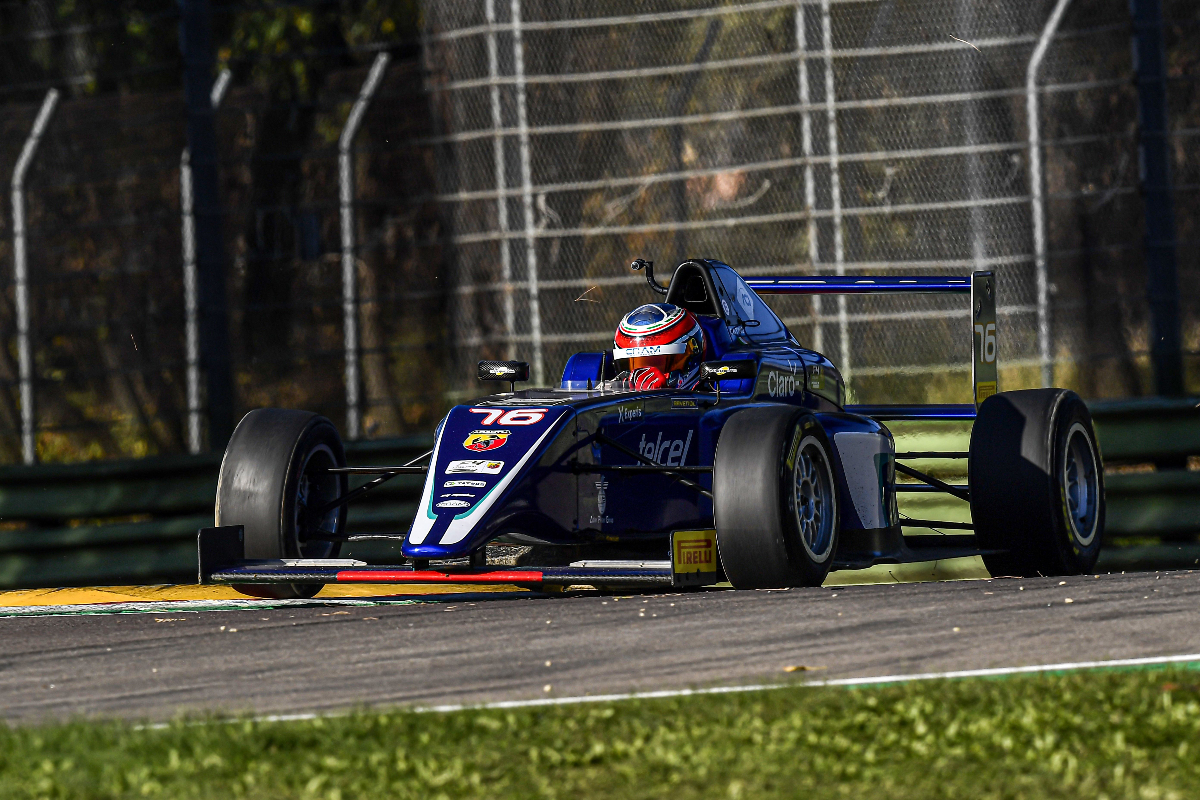 Vittorio Catino has turned his part-time deal with Cram Motorsport in 2020 into a full season in Italian Formula 4 for 2021.

The Italian began racing in the series last year after turning 15 years old, and in the three rounds he entered picked up a best finish of 20th place.

He got back in the Tatuus F4-T014 car this week for pre-season testing at the Red Bull Ring, racking up almost 100 laps.

“Proud to announce that I’ll be racing in the 2021 season of the Italian F4 championship with Cram Motorsport. We’re back in blue boys!” Catino announced on social media.

While he races under an Italian license, Catino is backed by Mexico’s Escuderia Telmex programme that carried Sergio Perez and Esteban Gutierrez to Formula 1 and several other South American talents to top single-seater series.

Several of his sponsors are companies fronted by Carlos Slim, the man behind Escuderia Telmex, too.

Enzo Trulli, son of 2004 Monaco Grand Prix winner Jarno, has also shown interest in joining the team in Italian F4 after it ran him to the F4 United Arab Emirates title at the start of this year. However the single-seater rookie is already committed to racing in Spanish F4 in one of Drivex School’s FA Racing-branded cars, which may prevent him from racing in Italy.