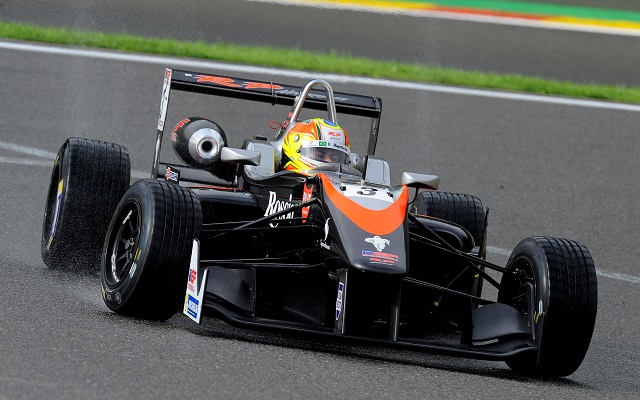 Euroformula Open title contender Vitor Baptista clinched his fifth pole of the season in qualifying two at a wet Spa-Francorchamps.

Having edged Team West-Tec’s Tanart Sathienthirakul by less than two tenths over the 150-second lap, Baptista has now closed to within three points of Konstantin Tereshchenko in the standings.

The Russian himself took third on the grid, seven tenths adrift and just 0.015s ahead of RP’s Igor Walilko.

Diego Menchaca and newcomer Kusiri Kantadhee made up the top ten, while race winner Yu Kanamaru suffered engine issues and will start the race in 17th.