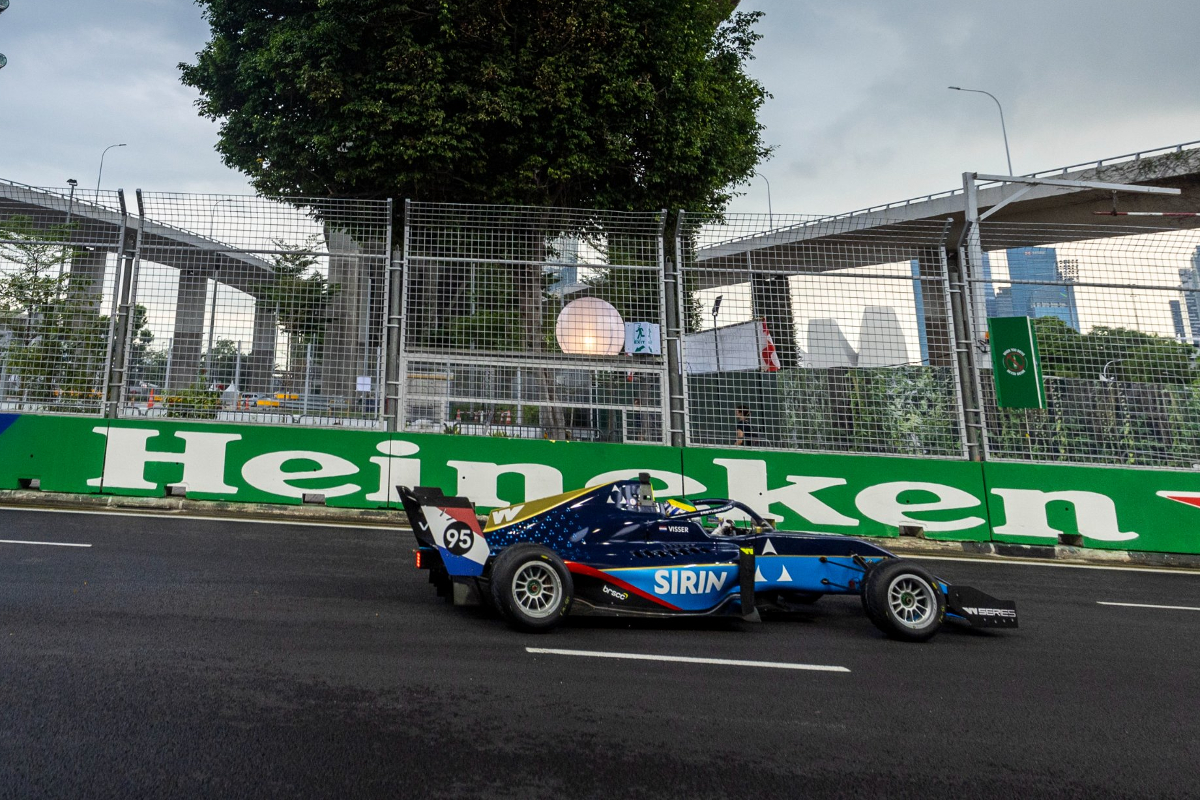 Beitske Visser resisted attacks from Alice Powell to claim the victory in W Series’ race in Singapore as Jamie Chadwick crashed out.

Visser, Powell and Abbi Pulling remain in the championship fight due to points leader Chadwick crash, with her advantage over second-classified Visser reduced to 50 points and with 75 up for grabs in the remaining three races of the season.

Starting in second place, Visser took the lead of the race from polesitter Marta Garcia as the lights went out. Also a rocketing getaway allowed Chadwick to go from eighth to sixth place ahead of the first corner.

Juju Noda was forced to retire with a broken front-right suspension after both she and Chloe Chambers made contact at the exit of turn seven on the opening lap.

Visser built a small lead in the early stages of the race as Garcia struggled in second place, and after several laps of trying, Powell overtook Garcia at turn 18. She soon closed the distance to Visser, which had been two-and-a-half seconds.

Belen Garcia attempted a move on Marta Garcia for the last podium spot after the latter had lost second place, but she was kept at bay by her more experienced countrywoman.

Having endured a difficult first half, Marta Garcia eventually found her pace and left Belen Garcia behind to run comfortably in third place.

The safety car was out with under four minutes left of the race as Chadwick found the wall at the exit of turn seven in an attempt to pass Jessica Hawkins, having spent the whole race stuck behind her and Belen Garcia.

Chadwick missed her braking point and ran over the kerb placed at the exit of the corner, which sent her into the barrier.

There was time for one last lap of racing after the safety car period, and Visser started pushing again at turn 19 on the restart so as to avoid Powell being within overtaking distance in sector one on the final lap, and it worked out for her. Powell came very close to Visser in the last sector, but she had to settle for second place as there was no space to make a move.

Marta Garcia claimed the last podium spot after fending Belen Garcia off again at the restart.