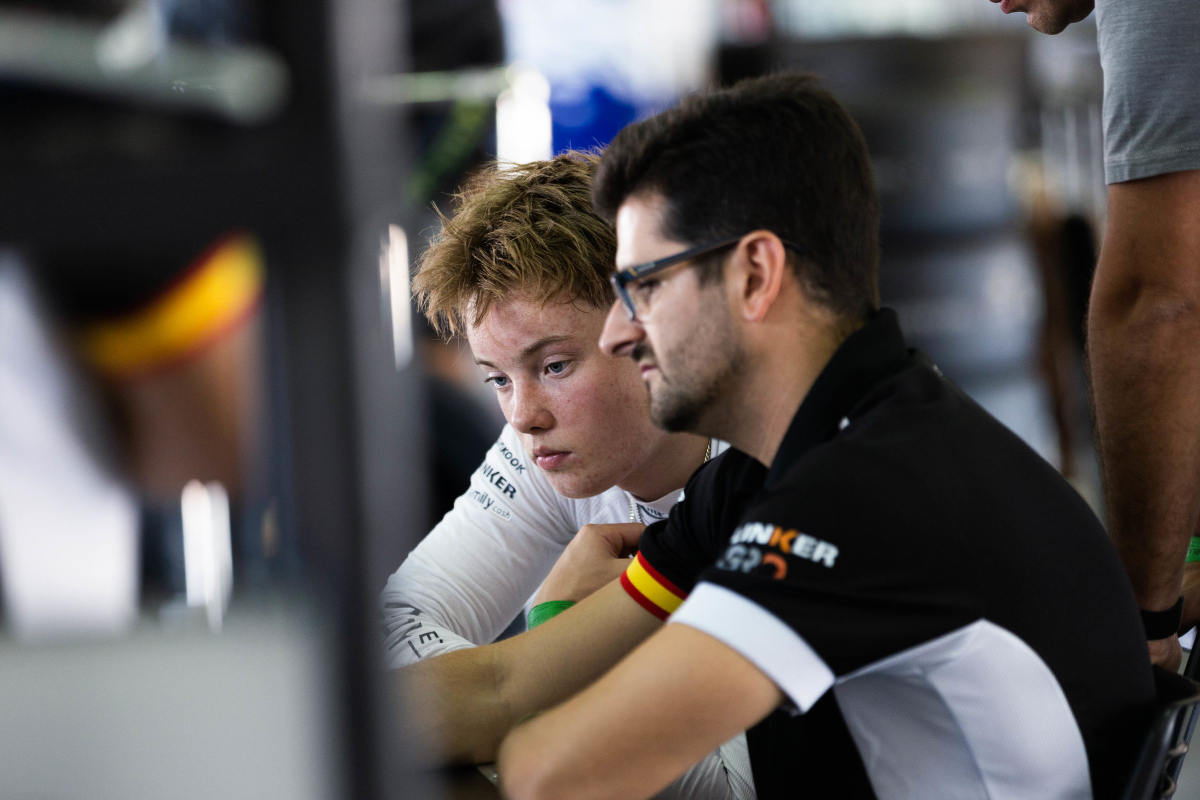 Campos Racing’s Noah Stromsted will start his third race in Spanish Formula 4 from pole after topping the second qualifying session at Navarra.

Stromsted was one of 17 drivers to have laptimes deleted in Q2, but it did not stop him from taking pole.

It took until the end of qualifying for the 15-year-old Dane to top the times, with Global Racing Service’s Vladislav Ryabov and Campos team-mates Nikola Tsolov and Hugh Barter setting the pace early on.

Formula de Campeones’ Julius Dinesen, the Danish F4 leader, was the next driver to lead the way, before Drivex School’s Bruno del Pino became the first driver in the 1m43s.

Smal was able to go four tenths of a second faster, than Barter laid down a new benchmark with a 1m41.774s lap. The response from Smal was a 1m41.558s, but Barter also had more pace in hand and went over a second faster.

Behind Barter were Campos team-mates Jesse Carrasquedo Jr and Georg Kelstrup, with MP’s Timoteus Kucharczyk in sixth place and also less than two tenths off the pace.

Championship leader Nikola Tsolov was 0.387s slower than team-mate Stromsted, leaving him down in ninth on the grid for race three, and Flack ended up as the last driver within a second of Stromsted but down in 23rd place.