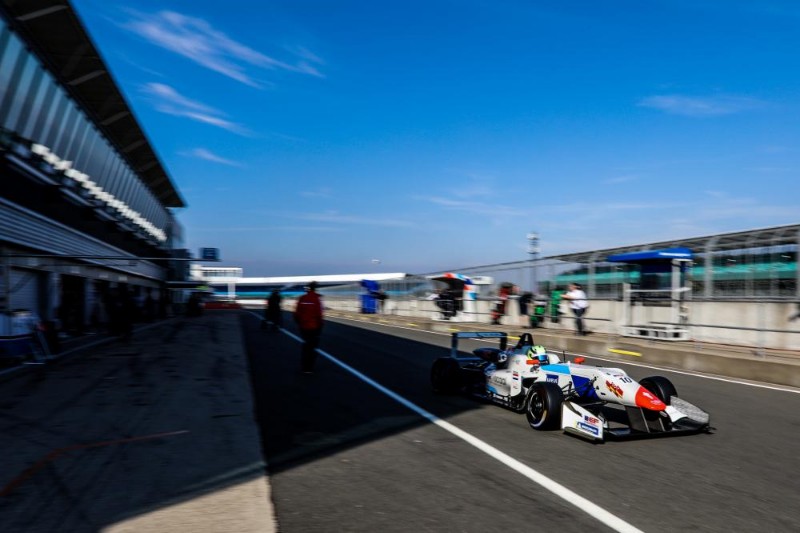 The Teo Martin Motorsport driver took his first pole of the season in the last round at the Hungaroring, but was almost a second off RP Motorsport driver Drugovich in qualifying for the first Silverstone race.

He upped his game for the second, and looked set to improve even further after setting the fastest sector one time of the weekend on his in lap.

Second for Drugovich means he has been on the front row in all but one race, and the extra point Viscaal gains for taking pole means Drugovich is still over 100 points ahead at the top of the standings.

Cameron Das took his best qualifying result of the season for Carlin in third, just ahead of Campos Racing’s Marcos Siebert. After an early tyre change Siebert was the man to beat in the first half of the session, but once slipped down the order as time went on.

Reigning Australian Formula 3 champion Callan Williams qualified fifth for the second race in a row, with Lukas Dunner being the only other driver to get within a second of pole. Championship debutant Dev Gore qualified last once again, but the Carlin driver was closer to the pace, this time only 2.119s off pole.