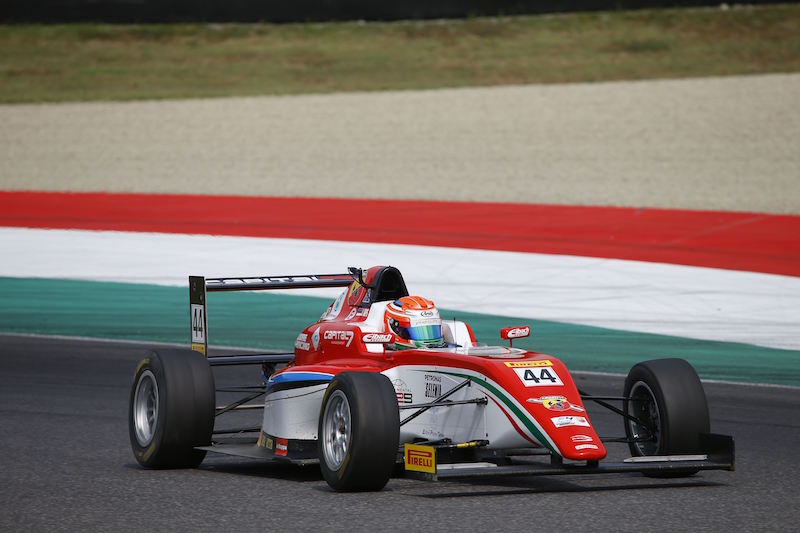 Armstrong started attacking Lorandi for second but his attempts were thwarted by the first safety car of the race.

On the restart there was little time wasted and Armstrong moved past successfully this time, with Lirim Zendeli doing the same for fifth on Fernandez.

Artem Petrov had worked his way up to fourth from seventh on the grid and was battling for the final podium place with Lorandi. There was almost contact several times, but the more experienced Petrov eventually made it past, and did so before the second safety car of the race came out.

Federico Malvestiti, who had been dramatically battling with his Jenzer team-mates early in the race, was span out by an overenthusiastic Aldo Festante at Turn 4 (the incident is currently being investigated by the stewards), and the slow marshalling at Mugello meant it took several laps to recover the car from the gravel.

This still meant there would be time for a one lap dash at the finish, but the inexperience of some showed as they went so slow behind the safety car that they stalled, meaning it remained out and Vips won his first race of the season, without having to fend off Armstrong.