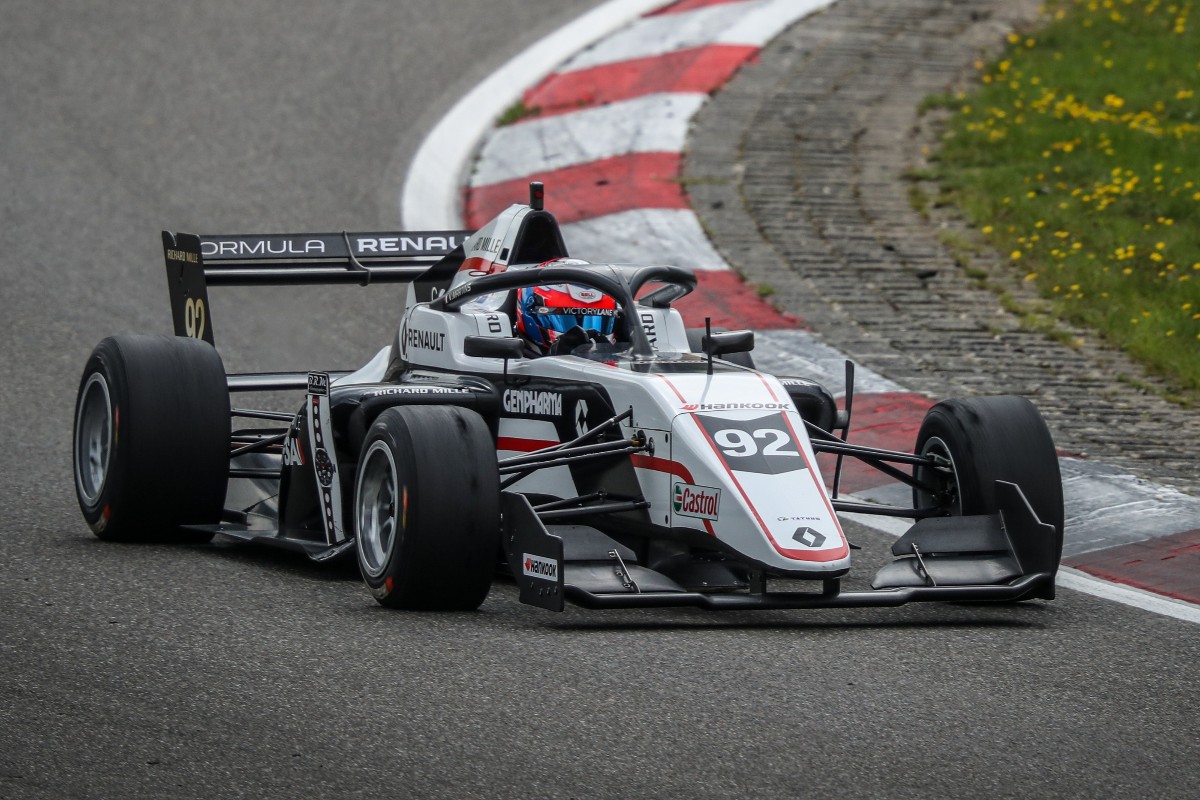 ART Grand Prix and Victor Martins took their first Formula Renault Eurocup victory of the season with a dominant display at the Nurburgring.

The French outfit returned to the series at the start of 2020, ending a 17-year absence from the championship.  ART GP’s one and only prior Eurocup race victory was taken by IndyCar champion Simon Pagenaud at Assen in 2003.

The first race of the weekend was delayed slightly due to barrier repairs following an incident in another race around the Eifel circuit.

Martins got a strong start from pole position and gapped Bhaitech’s Lorenzo Colombo from the off. He held a gap of around a second in the early stages of the race, before opening it up to just over three seconds towards the end.

The pair were some way clear of JD Motorsport’s David Vidales, who made a strong start from the third row. He beat ART’s Gregoire Saucy to the final place on the podium.

Saucy got past JD’s William Alatalo very late into the race and beat R-ace GP’s Caio Collet – the latter getting a lot of wheelspin and a tank slapper at the start and subsequently dropping positions.

The latter two were one of a few to make moves for position during the race, with both of them passing FA Racing’s Tijmen van der Helm in a forceful fashion.

Van der Helm was also under investigation for an unspecified incident on the way to the grid but resulted in no further action.