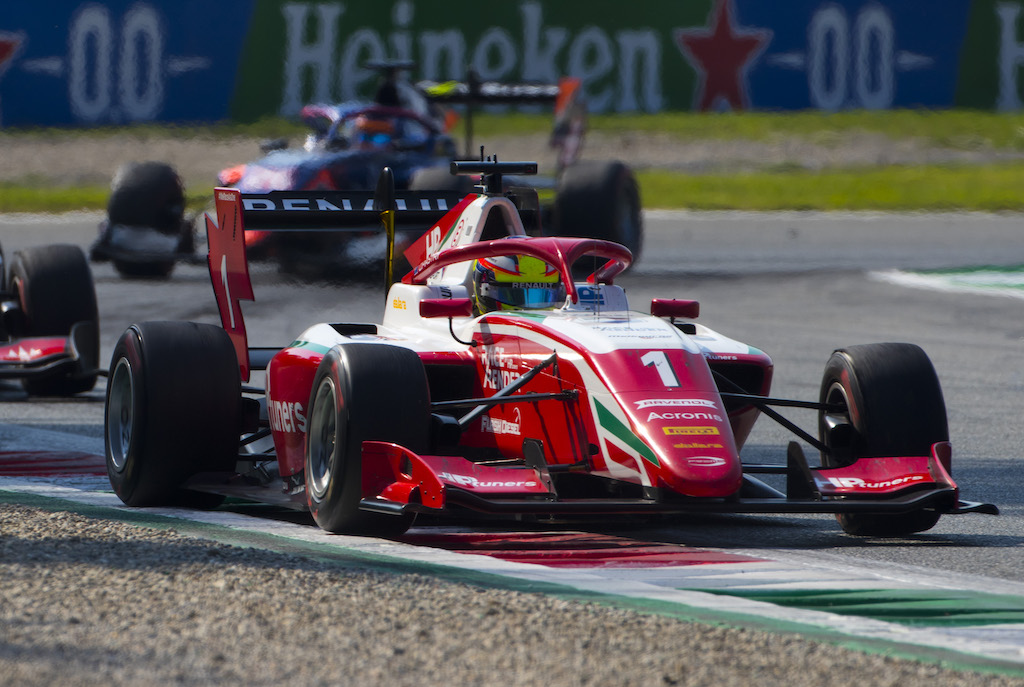 Oscar Piastri’s charge to third in FIA Formula 3 race one at Monza was “a lot of fun”, but he is still questioning the penalty that made him start 15th.

The title-contending Renault junior was only 12th fastest in qualifying, and was then handed a three-place drop for impeding another driver during the session.

Points-leading team-mate Logan Sargeant got to start an unpenalised fifth, while the third Prema car driven by Frederik Vesti was also dropped three spots for impeding but ended up winning race one ahead of ART Grand Prix’s Theo Pourchaire and Piastri.

“It was definitely a lot of fun,” said Piastri after the race.

“Qualifying 12th yesterday and then had a three-place grid penalty which I felt like I didn’t deserve. I wasn’t super happy coming into today, but I think this result definitely changes those emotions and from 15th on the grid I don’t think I really could have done much more than that.

“I think when I was starting 15th and Logan was fifth, it’s quite hard to not look at that [title picture]. But after a few laps, I could see that I was only a few cars behind Logan. I was confident that I could get him and I think we had a few touches in there.”

Sargeant’s race was ruined by a clash with Carlin’s Clement Novalak that sent him to the very back of the field, while Piastri almost came to blows with several drivers as he rose up the order, including fellow Antipodean and Hitech GP driver Liam Lawson. Their contrasting fortunes resulted in Piastri reclaiming the points lead from his American team-mate.

“[Touching wheels] seems to be quite a common thing with Liam if I’m quite honest. But yeah, I think me and Logan raced quite hard, obviously we are championship rivals so we’re not going to give each other much room, but it was pretty fair. We all kept on the track during those battles.

“I think the one with Liam was pretty questionable to be honest. He just drove into me in Turn 1 so I think I’m quite lucky to get away with that one.”

It wasn’t the only moment the Australian was still dwelling on, also as he also questioned the penalty that set up his thrilling race attack.

“I think to be honest I was due a little bit of luck after the last few races, and particularly yesterday; I still want to find out the specifics of the grid penalty.”