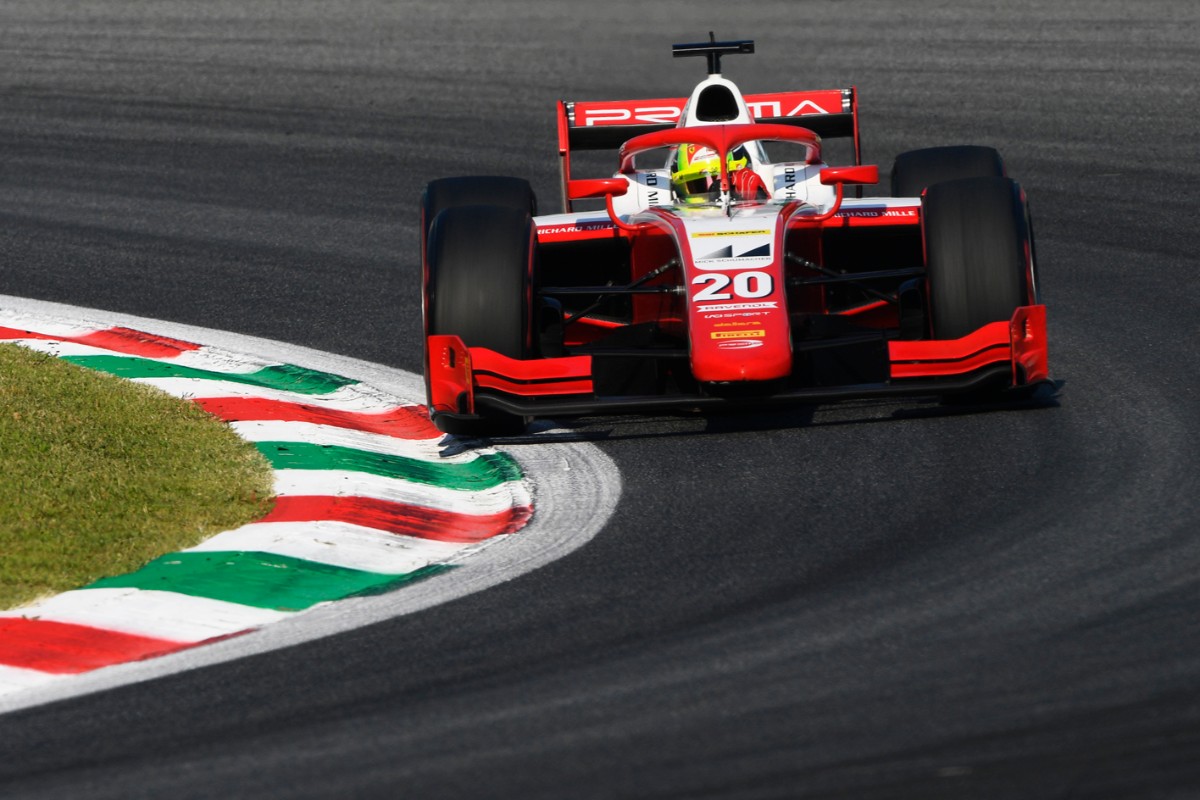 Prema’s Mick Schumacher secured his first Formula 2 feature race win at Monza, with the Ferrari junior capitalising on a strong launch off the line.

Schumacher started seventh after a qualifying crash, but a magnificent getaway resulted in him being second by the exit of the first chicane behind Ferrari stablemate Callum Ilott.

Virtuosi Racing’s Ilott resisted early pressure from Schumacher but was ahead as the pair approached the pitstop phase.

Schumacher’s job was made drastically easier when Ilott stalled during his pitstop, leaving him at the front of those who started on the conventional strategy.

From there, he controlled the gap to ART Grand Prix’s Christian Lundgaard, who also got a good start.

It is Schumacher’s second win in F2, adding to his triumph from reversed grid pole in the Hungaroring sprint race last year. His follow-up success lifts him to third in the 2020 standings.

The alternative strategy runners were fronted by DAMS’ Dan Ticktum, but it proved to not be as effective in the race as it was at higher degradation circuits.

Lundgaard was passed late-on by Hitech’s Luca Ghiotto for second. Ghiotto finished on the podium despite a scary moment with Carlin’s Yuki Tsunoda where he nearly rear-ended the Honda junior.

Despite the stall, Ilott finished sixth to minimise the damage in the standings. Despite being last at one point, Ilott was able to pick off many drivers and climbed back through the order.

Tsunoda finished fourth ahead of Ilott’s team-mate Guanyu Zhou, who was forced off track a couple of times at the second chicane, including by ART’s Marcus Armstrong. Zhou was the highest-placed runner on the alternative strategy, having started 17th.

Ticktum ended up seventh following a late charge, just coming up short of Ilott. Charouz Racing System’s Louis Deletraz and championship leader Robert Shwartzman, who also started down the order, who both pitted early on ended up eighth and ninth.

Carlin’s Jehan Daruvala inherited the final point after a penalty for Armstrong for his scuffle with Zhou. DAMS’ Juri Vips continues his run of 11th places that he started at his debut weekend at Spa.

Nikita Mazepin started towards the front of the pack but had a difficult race. He had to reset his car partway through the race and pulled out towards the end. That was after being forced off-track by Trident’s Roy Nissany during the race.